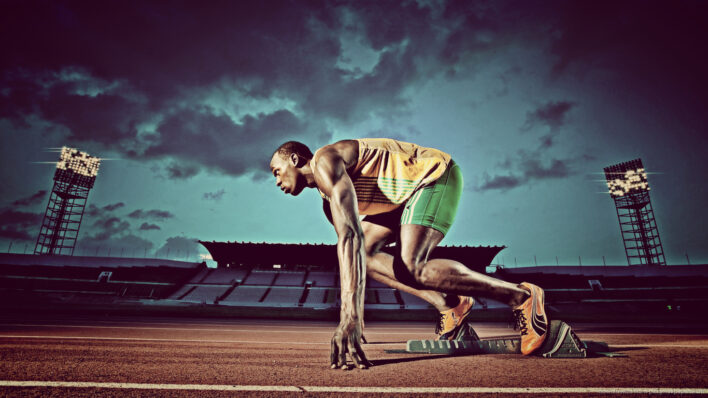 My goal with this project was to see if I could uncover any patterns of what makes someone successful. I structured conversations such that they teased out specific strategies and perspectives. I wanted to shorten my learning curve for my own goals as much as possible by figuring out what worked and what hadn’t for them. I tried to be as intentional and specific as possible.

I realized something along the way. Anyone can put in a ton of work, but it took something else to become a top performer in their endeavor. The best of the best hadn’t only mastered the art of accomplishing many things, but had somehow found a way to make it look easy.

I dug deeper to try and uncover the common traits each of them had that made this so. It seemed like a good way to shape my own path toward reaching goals. Instead of searching for the patterns of success, I began to ask a new question: How does a top performers make their success look easy?

Hundreds of conversations later, here’s (some) of the distilled down version of useful information that I uncovered. Here are the 3 nearly universal components of making success look easy that I discovered during my project:

1. The primary focus of a top performer is their daily process.

“I want to combine my long-term vision with a daily sense of urgency to get things done.”

Top performers are focused on the present moment. They commit their mental energy to the day in front of them, and not much else. Because of their commitment to remaining in the present state, they become relentless in uncovering truths about their current situation. What might look like a useless piece of paper to someone else might look like the key to better results to a top performer. This aggressive approach to working in the trenches gives them an advantage above others by 10x-ing their understanding of their sport, work, or employees.

Congruently, their philosophies and action plans are constantly subject to audit, and as a result, improvement. They search for spaces so that they can work within the spaces. Top performers understand that there is a limit to how much can be accomplished in one day, and respect that truth by not letting the day slip away.

This is not to say that a top performer is blindly taking action. Tuesday is a continuation of Monday’s effort. No one that makes success look easy throws things to the wall to see what sticks. In fact, the deep connection they share with their long-term vision helps create a productive state of mind.

As one top performer so eloquently put it, “I want to combine my long-term vision with a daily sense of urgency to get things done.”

2. A top performer is clarified and in alignment with their goals.

The end of part one segments really well into the second characteristic of a top performer. To someone making success look easy, it’s just as important to ensure the work you’re doing is meaningful and in alignment to who you’d like to be as it is to actually achieve a goal.

The truth is, you’re never going to excel at something you don’t enjoy or see as being in alignment with who you are as a person. Top performers are self-aware enough to leverage their gifts in an endeavor they care about until they can find a way to win. They know that their journey is unique. No one will ever truly understand what it took for them to get there, because the combination of experience cannot be replicated.

As a result, the minute details like the opinions of others dissipate like a fart in the wind. If you’re looking for a way to up your performance, there you have it- stop wasting so much time focusing on what others think.

Someone that makes success look easy is stingy with time. They understand that it’s their most valuable asset. It can never be replaced. They intuitively know that the path of least resistance to achieving your goals is to follow your heart whenever possible.

3. Top performers are constantly teaching others and bringing people in on their success.

This part was a surprise to me, but as my experiment draws to a close, it appears to be the most profound understanding I’ve acquired.

Get this- after hundreds of conversations, I did not chat with a single top performer that was selfish or too into themselves. The majority of people I spoke with actually highlighted other people as the reason they were in the position they were.

In fact, it became apparent pretty quickly just how passionate most top performers were about sharing their message. It didn’t seem like much at first, until I pulled on it a little and started asking questions. After a while, it became clear that this was another gift that they were leveraging to make success look easy.

How? Because it’s always going to be easier to hold yourself accountable, meet deadlines, set PRs, and climb new mountains when there is a group of people watching on and supporting you. While too much pressure might not be good for some, a decent sized audience is healthy and contributes to productivity.

In some of the roles, such as that of a coach, the top performers were literally spending their entire day teaching others how to get where they’d like to be. As cliche as it sounds, the old adage that a teacher learns more from their students than the other way around seemed to hold up.

Bringing other people in on your mission is a blessing that provides motivation, guidance, social incentives, and growth.

Top performers know that success doesn’t happen when you are on your own. They are open to starting new relationships, searching for symmetry with others, while also remaining grateful for the people that are already a part of their life.

So there you have it- a top performer is able to deliver results in high pressure situations, regardless of the many other things constantly vying for their attention. They are mindful, objective, and intentional about their actions and thought patterns.

Would you benefit from having those traits as you work towards your own goals? Might any of these three strategies make success look easier for you?

It stands to reason that the easiest way to be successful at a specific endeavor is to model what has worked for others. My goal with this project was to shortcut this process to help others reach their goals by surrounding myself with people that actively make their success look easy.

If you’re not currently ‘that’ person that makes success look easy, these 3 models are a good place to get started. Audit your daily process, live in alignment with your deepest desires, and bring people in on your mission.

Follow that process and, in time, you will have an opportunity to be that person, too.

Ben helps people achieve more in work, sport and life. He writes on high-performance, goal achievement, and work-life balance. His blog features a daily pursuit of his journey toward his personal goals.