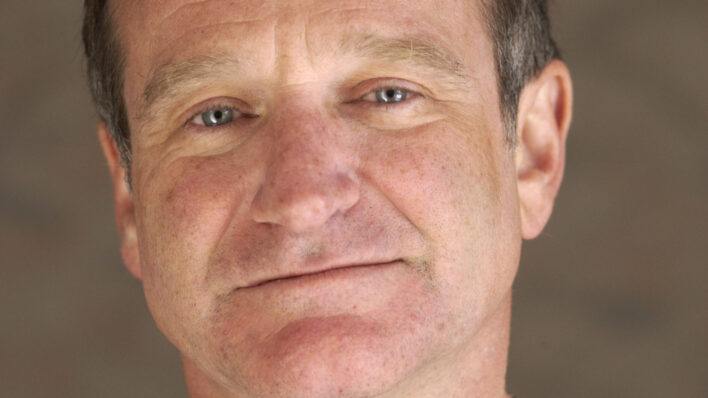 5 Daily Habits to Steal from Robin Williams, Including the Inspiring Way He Lived in the Moment

As a digital nomad and journalist, I travel the world while logging around 70 articles a month. To effectively manage a
By Lindsay Tigar    December 13, 2018

As one of the most beloved comedians in history, the world responded in shock and grief when Robin Williams committed suicide in August 2014. From this humble beginnings as a stand-up comedian in San Francisco to his fantastical performances in legendary movies like Good Will Hunting, Aladdin, Hook and Mrs. Doubtfire, he is often considered the funniest person of all time.

It wasn’t only fans who considered him loveable either, since he was nominated for four Academy Awards, one of which he took home. He also won two Emmys, seven Golden Globes, two Screen Actor Guilds and four Grammys. At the time of his death, he had an estimated net worth between $50 and $100 million, and his wife believes he committed suicide after battling Lewy Body disease. This form of dementia is the second most common form of memory loss, only second to Alzheimer’s. As it progresses, those who are diagnosed will not only lose their memory, but motor skill, too.

During his lifetime, Williams was interviewed countless times by leading publications, sharing his smart, witty wisdom. Here, a few notable habits he lived his 63 years of life practicing, from positive thinking to putting others first.

As anyone with a best friend knows—no one can make you laugh harder or get you out of your deepest, darkest funk better than your pal. They know how to tickle your funny bone (and yep, get on your nerves, too). When talking about his long friendship with Williams, Steven Spielberg explained how much Williams valued loyalty and connection. In fact, an interview in Vanity Fair, Spielberg said Williams would call him once a week at the same time and come prepared. “He would do 15 minutes of stand-up on the phone. I would laugh hysterically . . . he’d always hang up on you on the loudest, best laugh you’d give him. Drops the mic, that’s it.”

RELATED: 6 Ways to Build New, Meaningful Friendships as an Adult

Those who invest in their friendships have been found to lead richer and more authentic lives, where they feel fulfilled and empowered to be their best selves. Whether your friends are close in distance, or near to heart, reminding them how much you care not only serves them, but you. It can even be a nudge. As Billy Crystal shared with People about Williams, it can go a long way. “On occasion, he’d just reach out and hold my shoulder and look at me like he wanted to say something. He hugged me goodbye, and Janice, and he started crying,” Crystal said. “I said, ‘What’s the matter?’ He said, ‘Oh, I’m just so happy to see you. It’s been too long. You know I love you.’ ”

He was addicted to making people laugh.

Throughout his career, Williams was vocal about his struggles with addiction to not only alcohol but cocaine. He isn’t alone, considering many creative professionals turn to substances to improve their energy and allow them to work endlessly on their craft, all while hiding insecurities and often times, depression. What he was most dependent on was a double-edged sword: laughter. As Crystal explained it to Rolling Stone, “That acceptance, that thrill, is really hard to replace with anything else.”

RELATED: 5 Successful High-Achievers Open Up About Their Mental Health Struggles

Also when talking to the Rolling Stones, Williams credits his desire to become a comedian to the challenge of getting his sweet, yet stoic dad to let one rip. “I saw my father watching The Tonight Show with Jonathan Winters. My dad was a sweet man but not an easy laugh. My dad lost it, and I went, ‘Who is this guy who made the great white father laugh?’”

This love of laughter was partly what kept Williams tormented, yes, but also happy. It’s been found that making others smile keeps you positive, too, making a case for attempting to brighten your friends, family or even a stranger’s day.

He wasn’t afraid to be different. 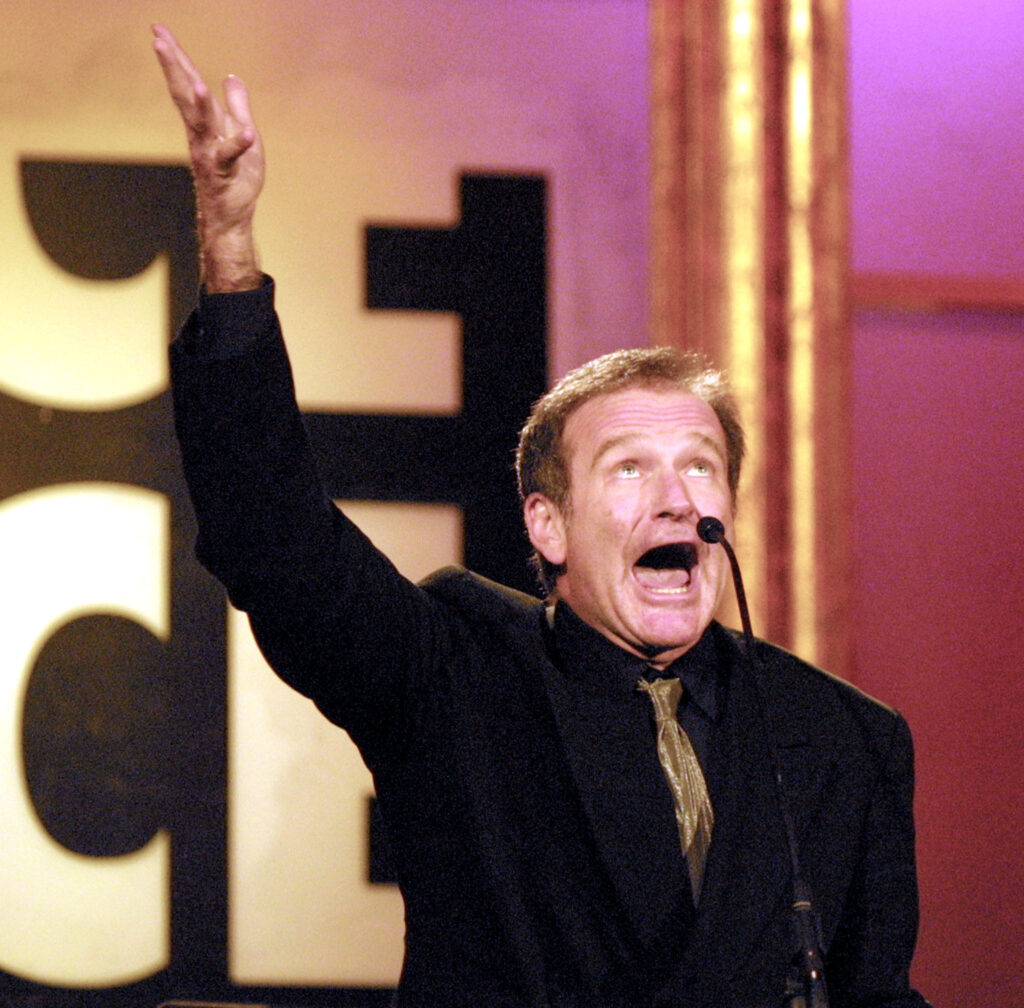 David Letterman shared when he first saw Williams on stage, he was a bit skeptical. Even so, he made a note to keep an eye on him. How come? He was thoroughly, truly, unapologetically himself—in all of the chaos and crazy that came with him. “Because of his energy, it was like observing an experiment. All I could really do was hang on the microphone for dear life. Here was a guy who could levitate,” Letterman shared with Rolling Stone. “We knew that whatever it was Robin was doing, we weren’t gonna get close to that, and we were frightened that, ‘Oh my, maybe we’ve come out here at exactly the wrong time, when everything was changing, and all we had was our stupid little jokes.’”

You’re only given a little spark of madness, and if you lose that, you’re nothing.

Most people struggle with the permission to the wild being they are their entire lives—but when they let their flag fly? Magic usually happens. Or as Williams put it, “You’re only given a little spark of madness, and if you lose that, you’re nothing.”

He pursued the moment. 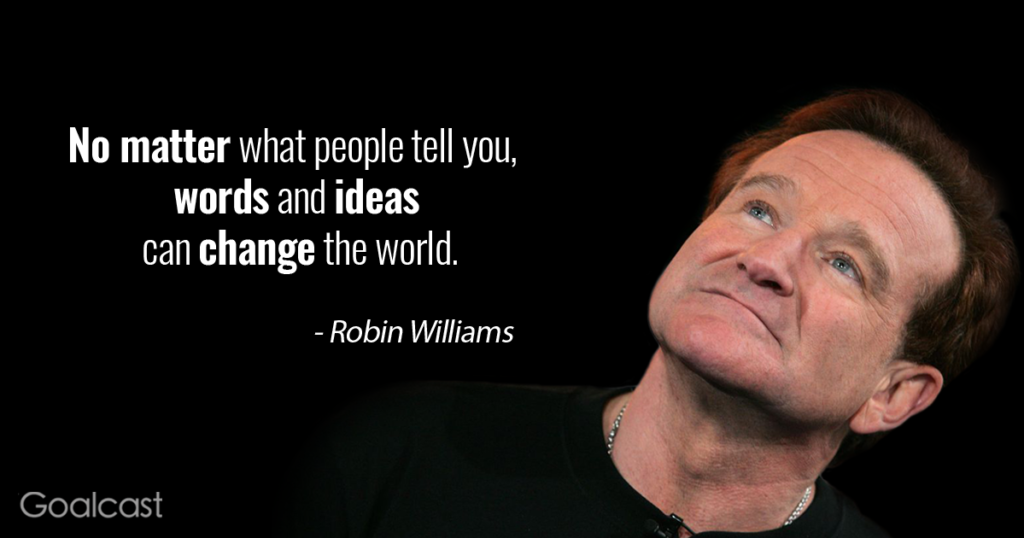 And he never settled for less than best. Creating a dynamic career means always shooting for something more, and not allowing the downfalls cloud the progression you’re making. Part of the reason so many were dumbfounded by his suicide was his approach to life, encouraging others to never give up themselves. As he told BAFTA, “Keep going. Find the thing you love. It’s tough work. Find the thing that really brings you joy. For me, it’s always been comedy and stand-up and acting too because it’s about exploring behavior.”

Though ultimately, Williams didn’t end up following his own advice, the pursuit of growth is a healthy one.

He followed the ‘Get out of your own way’ philosophy.

Every successful person has a different perception of what helped them arrive to their reign of glory. For Williams, allow himself to get into character and well, not get in his own way, aided his career. When talking to Rolling Stone, he explained when actors relax, listen, stay in the moment and do what feels right, the performance—and audience reaction—comes naturally. “People will register your thoughts and pick up on what you’re going through because your face is accessible. You’ll be in character and the audience will be following along. The most important thing is for the audience to follow a character through. Don’t do anything, and you’ll be amazed how much you’re doing.”

Even if your professional path doesn’t mean you’re on stage, allowing your innate, natural talents to foster and grow decreases the hurdles you might be putting up, without knowing. Often times, our sense of self and level of confidence prevent us from going after what we really want—in life, in love and definitely in our goals.