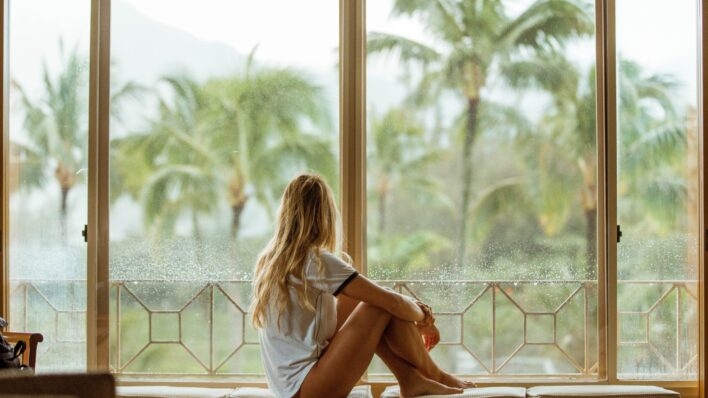 Seven years ago, I listened to Brené Brown’s “The Power of Vulnerability” TED talk. It was one of the very
By Matt Valentine    June 18, 2018

Seven years ago, I listened to Brené Brown’s “The Power of Vulnerability” TED talk. It was one of the very

Seven years ago, I listened to Brené Brown’s “The Power of Vulnerability” TED talk.

It was one of the very first TED talks I had ever listened to and I remember being immediately obsessed and wanting more.

Since then, Brown has become a national bestseller and the author of several incredible books including Daring Greatly. However, it was that initial speech about the power of allowing ourselves to be vulnerable and how that plays into our feelings of unworthiness that started it all.

Now, Brown has published an audiobook titled after that first TED talk which “draws from all three of my books-it’s the culmination of everything I’ve learned over the past 12 years.”

Vulnerability is the birthplace of connection and the path to the feeling of worthiness. If it doesn’t feel vulnerable, the sharing is probably not constructive.

Whether you’re new to Brown’s work and incredible research or you’re looking for a quick, digestible summary of the most important lessons, look no further.

Here are 5 life-altering lessons from Brené Brown’s TED talk The Power of Vulnerability:

Most of us were taught to hide our emotions or run away from them. However, this causes nothing but continuous pain and stress. The consequences are far-reaching and the longer we keep those emotions bottled up, the worse the situation gets.

Instead, Brown says we need to become more self-aware and explore our emotions, asking questions to get in touch with how we’re feeling and thinking in a given moment.

Find a method for coxing these feelings out which works best for you such as writing, meditation, or talking to a friend.

Most modern cultures err on the side of suppressed feelings in an effort to display strength. However, as Brown demonstrates in her pivotal research, vulnerability is anything but weakness. In fact, it takes true strength and courage to allow yourself to be vulnerable.

The cool part about it, though, is the gifts we unlock by being willing to be vulnerable far outweigh the difficulty in doing so. By having the courage to be vulnerable and open up to ourselves and the world around us we come directly in touch with our most authentic self. And, in doing so, can live a much more fulfilling and happier life. In everything that we do, fear and criticism will always be there to greet us. Fear is the great restrictive force, as it stops most people from ever stepping more than one foot outside their comfort zone towards realizing their true desires.

Because fear and criticism will always be there in some form, the best course of action is always to show up anyway and move forward. No matter what you’re doing, show up every day to do what you were meant to do and don’t let these hindrances stop you.

The more you stand up to these negative forces, the more you’ll flex your courage and resilience and come out stronger for it.

Brown says perfectionism is, “the belief that if we live perfectly, look perfectly and act perfectly, we can avoid the pain of blame, judgment and shame.”

Perfectionism isn’t about growth, improvement, or personal achievement, it’s about fear and avoidance. Therefore, what you should really be focused on is realizing excellence, the best version of yourself despite your flaws. This perspective is healthy and inclusive and leads to real personal growth as opposed to a flawed perfectionism.

5. Dare to be yourself

The final and perhaps most important lesson of all is that you must dare to be yourself– at whatever the cost.

The forces of fear, insecurity, and doubt will never go away no matter how hard you try to avoid, hide from, or attempt to bury them. Instead, face them with courage and confidence in your authentic self and know that you’ve been given the gifts necessary to overcome whatever is in front of you.

Dare to be yourself in all your glory– your strengths, skills, and beauty as well as your flaws and insecurities. In doing so, you can realize true strength of spirit.