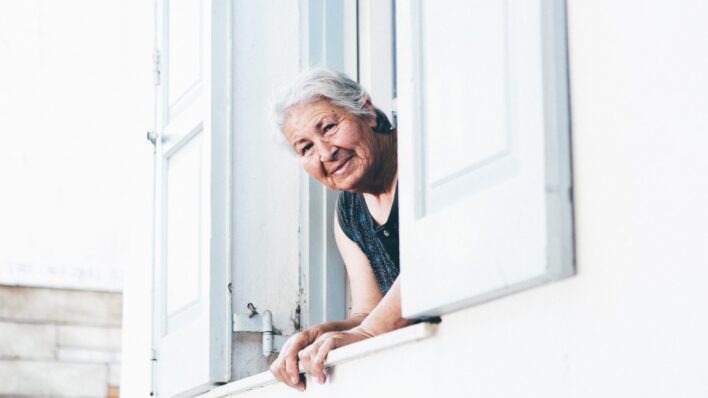 9 Secrets to Longevity from the World’s “Blue Zones”

Scientists the world over have been studying what allows us to live a long, fulfilling life for decades. The Japanese
By Matt Valentine    August 10, 2018

Scientists the world over have been studying what allows us to live a long, fulfilling life for decades. The Japanese Ikigai is one example of an incredible discovery which was made as a result of this research.

Ikigai is an Okinawan term which roughly translates as “a reason for being” and it refers to the intersection between what you love to do, what you’re good at, and what the world needs. Okinawans are some of the world’s longest-living populations and Ikigai, in part, has been found to be a contributing factor.

But researchers have discovered many more secrets and valuable lessons that allow us to live a long, healthy, and amazing life. That’s where “Blue Zones” come in.

If you ask what is the single most important key to longevity, I would have to say it is avoiding worry, stress and tension. And if you didn’t ask me, I’d still have to say it.

What are “Blue Zones”?

A term popularized by Dan Buettner in his book The Blue Zones Solution, Blue Zones are populations, or communities, of people who live longer and are healthier than the average human being.

The five blue zones are spread out all over the world:

However, what’s most interesting is that the people within these communities, despite having no direct connection with one another, share interesting similarities, similarities that allow them to live longer and healthier lives than the average person.

Here are nine secrets to longevity, commonalities that virtually all Blue Zones share:

As we discussed earlier in the Okinawan’s Ikigai, knowing your purpose has been shown to play a significant part in adding years — and fulfillment — to your life.

To know your purpose is to wake up each day with a reason to live. Without this, it’s easy to slip into an unhealthy state of mind which then, in turn, affects our overall health with time.

2. Don’t eat in the evening A simple and quick tip, people in Blue Zones don’t tend to eat after the late afternoon.

This likely has to do with the benefits of intermittent fasting, where giving your body an extended period of time to digest can offer huge health benefits.

Those who attend several faith-based events each month are said to be able to add several years to their life.

Faith and spiritual practice, in general, has been shown to increase longevity and this same theme is found in the various Blue Zones, with nearly all those Blue Zone members who have reached age one hundred being part of a faith-based group of some kind.

One of the single most important factors discovered between the various Blue Zones, maintaining healthy relationships is critical to a long life.

Those in Blue Zones value family and stay in the presence of older relatives longer and more often than the average person.

5. Incorporate natural movement instead of going to the gym

Going to the gym can make you healthier, but those that live in Blue Zones are more interested in just living as naturally possible.

6. Develop practices for dealing with stress Stress can quite literally kill you, so it goes to reason that it’s something you should work on managing if you want to live a long, healthy, and fulfilling life.

RELATED: 3 Ancient Philosophy Tips to Help You Cope With Stress

Specifically, what you need to watch out for is chronic (longterm) stress. That’s where things get really bad: chronic illness, disease, and the whole shebang.

Avoiding stress is about effective as dodging a dodgeball in a high school gymnasium: eventually, it’s going to hit you. It’s just a part of life.

To that end, you need to develop effective practices for dealing with that stress such as frequent social gatherings, meditation, or regular walks in nature. Whatever works best for you, the idea is that you need to maintain this as a weekly or daily lifestyle habit and not some temporary trick.

7. Eat lots of veggies and other whole foods

Those who live in Blue Zones don’t have a significantly similar diet. However, certain major health themes can be teased out which tell a clear story.

First, eat lots of greens. Whole foods are the name of the game here most importantly and those who live in Blue Zones tend to consume large numbers of veggies.

Next, meat. Fish is a pretty consistent theme among Blue Zones, just watch out for mercury which is most prevalent in larger fish species. However, other types of animal protein are much rarer, on average just a few servings a month in virtually every Blue Zone.

And, lastly, olive oil. No one knows exactly why but olive oil was a staple in every Blue Zone. Perhaps most surprising of all, most of those in the various Blue Zones drink one to two glasses of wine– every single day.

However, keep in mind that the quality of the wine makes a big difference, so take some time to look into natural wine and try to find a great supplier who is dedicated to creating a quality wine free of pesticides, excess sugar, added sulfites, and other chemicals.

9. Be a part of a community that influences you to live healthily

The final secret to longevity from the Blue Zones is to watch who you associate with.

If those around you are constantly making bad health choices, you’ll be influenced to do the same. Most of the populous of the various Blue Zones were a part of communities who were interested in healthy living.