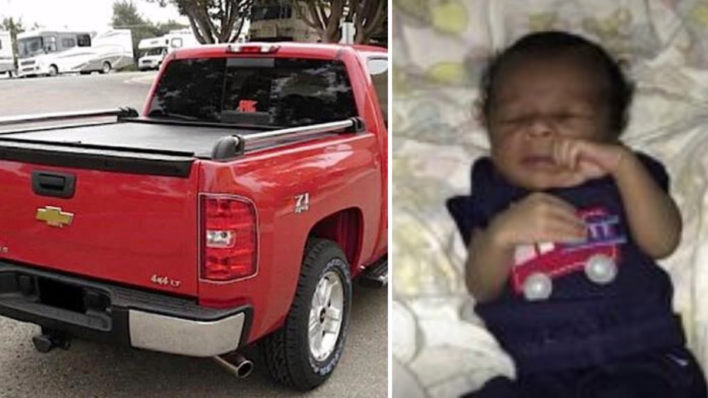 One woman’s life changed when an abandoned baby was delivered to the hospital where he found his forever home.
By Sophie Babinski    March 17, 2022

One woman’s life changed when an abandoned baby was delivered to the hospital where he found his forever home.

People create families in all sorts of different ways. There is no one way better than the other. Some people become parents through more traditional routes, while others spend years going through the process of adoption, IVF, or surrogacy.

One medical professional in Florida became a parent in a very surprising way while she was on shift one night.

One morning in Tallahassee, Florida, a college student was getting ready to start her day when she heard a familiar cry in the parking lot of her apartment building. She immediately identified the sound as the cry from a newborn baby and went to investigate.

What she found shocked her: A newborn baby abandoned in the bed of a pickup truck. The good samaritan called the authorities, and the baby was taken to the hospital to be monitored and taken care of.

How a Fated Meeting United a Newborn With a Respiratory Therapist

Because the baby had been left outside, he had to be looked over by a respiratory therapist. The therapist who ended up looking over him was named Lorraine Nichols. Lorraine is a cancer survivor whose illness had made it impossible for her to have biological children.

Nevertheless, she helped raise her husband Charles’ children, and the couple wanted to raise a child of their own one day. So, when the newborn was placed in Lorraine’s arms during her shift, she felt an instant connection.

I assessed his breathing, his, you know, oxygen. For the most part, he was fine. Cold, hungry, wet, but… he was fine.

As soon as she treated the baby, she knew she wanted to be his mother. Only four days after he was found, the baby, who Lorraine and her husband named Charlie, was adopted. Lorraine was thrilled, but overwhelmed. Most people have ample time to prepare for the arrival of their baby, and four days was very short!

How One Woman Gave an Abandoned Baby a Forever Home

Lorraine has raised step children before, but raising a newborn full-time was a brand new experience. While it was extremely challenging, neither Lorraine nor Chalres would trade their baby son for the world.

Adoption is a wonderful, wonderful thing. There’s so many kids out there that need someone to take care of them and become their forever family. You don’t have to be perfect to be an adoptive parent.

Lorraine and Charles were very lucky when baby Charlie came into their lives. Not only did little Charlie get a family, but the couple were able to fulfill their lifelong dream of becoming parents together. We should never forget that families are created in a variety of wonderful ways.

family isn’t always blood related
There isn’t one way that’s better than the other when it comes to creating families.
Tags
Share
← Prev Post Next Post →