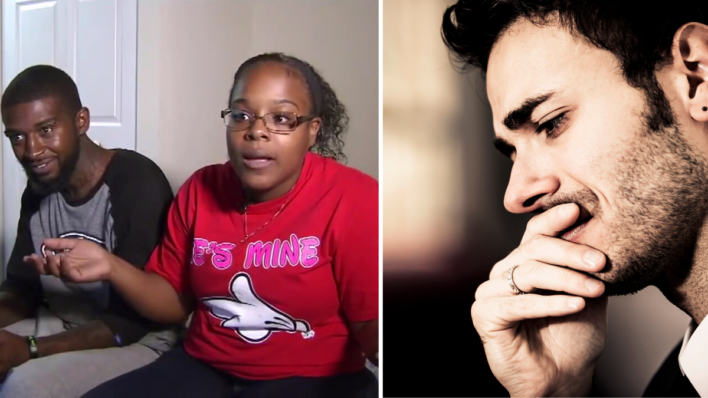 A lost item found in an airport made its way back to its rightful owners thanks to the perseverance of one amazing woman.
By Sophie Babinski    February 23, 2022

A lost item found in an airport made its way back to its rightful owners thanks to the perseverance of one amazing woman.

Of all of the five love languages, gift giving is the most misunderstood. While some gifts are certainly given with only materialism in mind, many are priceless items filled with sentimental value, and they cannot be replaced.

One such gift was given in the case of a Florida couple, who without the help of two strangers would have had to part from a gift that was dear to their hearts.

Incident at the airport

Michael Moore was at the St. Pete-Clearwater International Airport when he was stopped by TSA and was forced to throw away the package he had been carrying. Devastated, he threw it into the garbage, even shedding a few tears.

Luckily, Amarri Hernandez and her boyfriend witnessed the incident and decided to grab the package and try to reunite it with the man. Once they actually opened the package to see what was inside, their resolve hardened.

Amarri saw that inside the package was a snow globe with photos of an elderly couple and a young girl. The gift was engraved with, “We love you Katie, Nana and Papa 1/25/16.” Amarri realized that the gift must hold significant meaning for the couple, who she now knew as Nana and Papa, and posted to Facebook asking her network to share her story and help connect her with the couple. Like many of us, she was motivated to do the right thing.

Fortunately, her pleas worked and she was able to find the couple in the snow globe- Bill and Linda Modry! The company that made the custom gift was able to track down the contact information of the people who had ordered the item.

Once Amarri returned the snow globe to Linda and Bill, she learned just how special it really was. As it turned out, the person mentioned in the snow globe, Katie, had been adopted on January 25, and the couple wanted to give her the gift on that same day to remind her that they would always love her. They had given the gift to their son- Michael, who had been visiting them- to give to Katie.

It is easy to see items as just items, but sometimes things have a deeper meaning than what meets the eye. Amarri thought she was simply returning a gift to a couple, but really she was returning a powerful reminder of the lasting love of family– and that is priceless!