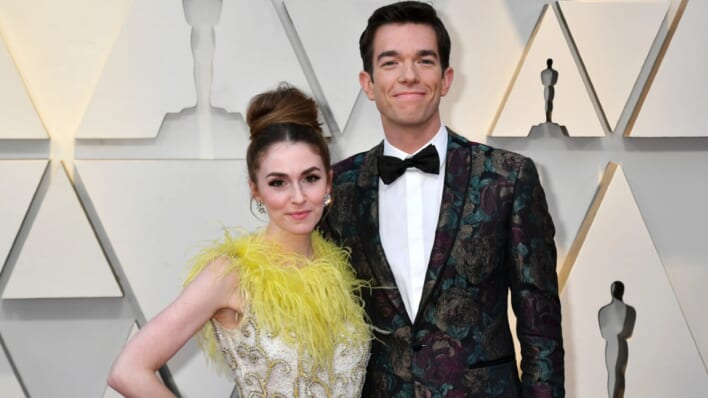 What Happened to Anna Marie Tendler After Her Divorce from John Mulaney?

Following their very public separation after six years of marriage, the comedian’s former wife has moved on to a career as a distinctive and successful multimedia artist
By Laurence Lerman    September 22, 2022

Following their very public separation after six years of marriage, the comedian’s former wife has moved on to a career as a distinctive and successful multimedia artist

First, a little contextual history for those who may have forgotten the details of the Anna Marie Tendler and John Mulaney Story. Ms. Tendler and Mr. Mulaney first met during a trip to Martha’s Vineyard in 2010.

RELATED: Brad Pitt Opens Up On Life Post-Divorce – and Shows Us How To Overcome Heartbreak

Tendler was a former student at New York City’s acclaimed Parsons School of Design and The New School who was working as a make-up artist and hairstylist while maintaining an active social media presence dedicated to daily make-up; he, a comedian and actor who first rose to prominence as a writer on Saturday Night Live and parlayed it into success as a stand-up comic, actor and the star of his own short-lived Fox sitcom, Mulaney, which ran from 2014-2015.

Anna Marie Tendler and John Mulaney Were Married in 2014

Married in July, 2014, the couple lived in Manhattan’s West Village with their French bulldog Petunia while Anna Marie pursued another professional endeavor, crafting Victorian lampshades, and Mulaney continued growing in the comedy arena. In his stand-up routines, he would regularly reference Anna Marie, Petunia and his troubles with drugs and drinking.

Things began to move faster—and then unravel—in December, 2020, when Mulaney checked into a drug rehabilitation center in Pennsylvania for cocaine addiction, prescription drug abuse and alcoholism. He moved into outpatient care only a couple of months later and then, in May, 2021, the word got out that Mulaney and Anna Marie were divorcing, Mulaney having asked for a divorce three months earlier. The announcement of the divorce came in separate statements from each delivered via publicists.

“I am heartbroken that John has decided to end our marriage. I wish him support and success as he continues his recovery,” Anna Marie said in her statement.

Mulaney officially filed for the divorce in July, the same month it was reported that he had begun a relationship with actress Olivia Munn, of Magic Mike, X-Men: Apocalypse and Office Christmas Party fame. A few months later, Mulaney announced that she and Munn were expecting a child. They welcomed their son, named Malcolm Hiệp Mulaney, in November, 2021.

Since her separation from Mulaney, Anna Marie has lived in a large 19th-century stone house in the Connecticut woodlands about 90 minutes outside of New York City. She and Mulaney purchased the house in June, 2020, during the first Covid lockdown, but she has only ever lived in it by herself, which Anna Marie acknowledges might seem a little strange.

“I do miss my friends, and I am aware that I’m maybe a little too young to be living in the middle of the woods by myself,” she says.

But what isn’t strange or off-center in the least is the popularity and success Anna Marie has been attaining through her artwork and social media engagement on Instagram and TikTok (which she joined in October, 2021) over the past year-and-a-half.

Anna Marie’s “Rooms in the First House” series, a collection of highly stylized and striking photographs of Anna Marie staged in and around her Connecticut home, was inspired by her divorce (which was finalized in January, 2022) and other experiences in 2021, which she refers to as the “really bad year.”

According to Anna Marie’s website, the title of the series is meant to reference “the first astrological house – the house of self” and to help “chronicle the often non-linear experiences of loss, anger, and powerlessness, as well as a reclamation of identity.”

One particularly evocative photograph depicts a blindfolded Anna Marie sitting in a large bedroom in a flowing black dress and embracing Petunia. She posted it to her Instagram page on Mother’s Day in 2021 with the caption, “Happy Mother’s Day to all the women who have chosen unconventional paths of motherhood, and to those for whom the unconventional paths have chosen them.”

Anna Marie and Mulaney never had any children, but she retained primary custody of the eight-year-old Petunia.

Anna Marie’s photographic series was exhibited at The Other Art Fair in Los Angeles, Chicago, Dallas and Brooklyn and, according to Harper’s Bazaar, some of the pieces were fetching prices in the mid-six figures.

Anna Marie’s TikTok, which has garnered some 240,000 followers in less than a year, was mentioned in the New York Times arts section a few months back. Meanwhile, her artwork and ruminations on life via Instagram continue to pop up across the internet on sites ranging from the Daily Mail to Vanity Fair (where she offered that she intends to freeze her eggs and possibly have a child in the future).

On the brink of her divorce being finalized in January of this year, Anna Marie posted a particularly poignant and representative reflection on Instagram:

“Melancholia is oft amplified by circumstance and the circumstances of my year have been harsh and punishing. I find myself asking, ‘When will I feel normal?’ But in reality, I recognize that the normal from before has expired; “normal” is an impossibility, there is only ‘new,’” she wrote.

In the post, Anna Marie goes on to discuss the “unfathomable collective loss” the world has suffered amid the coronavirus pandemic, which has claimed the lives 6.5 million people since March 2020.

Anna Marie continues to tap into personal episodes of her life as a reference point in her art. Most recently, she posted a photo on Instagram of a red shirt hanging from a tree with white daisies dribbling out of its breast pocket. Entitled “Red Shirt,” the accompanying caption reads, “This is your shirt before I gave it back to you. You look great in red. I bought the same shirt and now I wear that. I don’t look as good in red.” The post is tagged #theclothesweworebefore.

RELATED: Why Drew Barrymore’s Raw Revelation About Divorce Shaming Will Empower You

Within a day, the photo had already garnered tens of thousands of likes from Anna Marie’s 342,000 followers, with many posting comments like “heartbreaking,” incredible,” and “this is so tragically breathtaking.”

Having arrived at a place where she is able to earn a living with her art is a remarkable achievement for any artist and especially one whose personal life experiences have been played out in the tabloid press. Anna Marie has been looking to her past to find inspiration for her future—and it appears to be working out well for her.