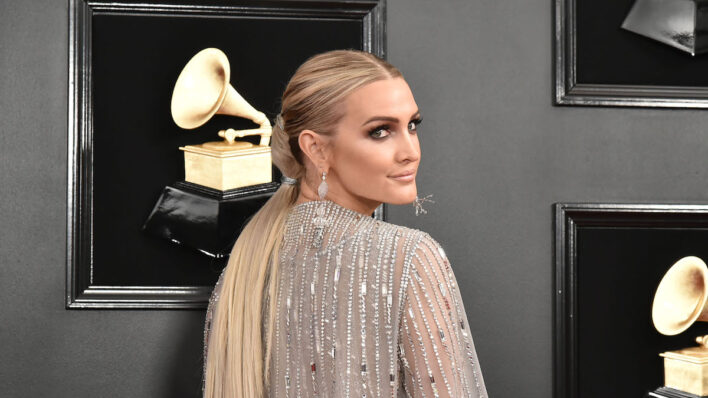 What Happened To Ashlee Simpson? The Young Sister Who Disappeared

Everyone is familiar with the rise and fall and resurgence of Jessica Simpson, but what about her baby sister Ashlee?
By Shaoni Das    October 6, 2021

Everyone is familiar with the rise and fall and resurgence of Jessica Simpson, but what about her baby sister Ashlee?

It’s safe to say the Simpson sisters dominated the zeitgeist through the 2000s, but as the new decade rolled in, they gradually fell off the media’s radar. Jessica’s obstacles with fame and public image have been well-documented, but with Ashlee, there’s a sense of mystery surrounding her career trajectory. Did she just stop releasing music, or did they stop resonating among her audience? Did she become disillusioned with her celebrity, or did the masses exile her following her lip-sync mishap?

Like many notable figures in culture figures, the answer isn’t black or white. Ashlee’s growth over the past decade or so has been remarkable, even if it’s primarily taken place away from mainstream coverage. It’s high time we dive into her journey and clear up some of the misconceptions that have beleaguered her over the last couple of years.

As a teenager, Ashlee had to get accustomed to being Jessica’s younger, less famous sister. She told Cosmopolitan in 2005 she felt “awkward and ugly” growing up with a “pop star sister.” As a teenager, she suffered from endless insecurities and wondered how she could possibly measure up to her sister’s success. “There was a time when I didn’t feel great about myself,” she told the magazine.

However, it must also be said that the opportunities that allowed Ashlee to flourish as an artist were also a byproduct of Jessica’s meteoric rise to prominence. The older Simpson sister essentially became a household name due to her appearances on the reality show Newlyweds. Ashley noted Jessica’s swift emergence into the industry and tried to make her own mark in the background: first, as Jessica’s background dancer, and later, as a featured guest on her sister’s highly-rated reality show. Her dad, Joe Simpson, also booked her a handful of acting roles, but none of these endeavors stuck. Ashlee’s passion was elsewhere.

People can compare [Jessica and me] all the time and all day long and we don’t care. We are like so not in comparison. We just love each other.

As Ashlee was starring in the show 7th Heaven, Joe identified her potential as an artist and decided to shift gears. He managed to negotiate a reality show with MTV for his younger daughter, titled The Ashlee Simpson Show, which aired from 2004-2005 and chronicled Ashlee’s personal and professional adventures. Joe’s efforts paid off, and Ashlee promptly became a bonafide pop star. Her debut album Autobiography hit number one, earned several accolades, and effectively distinguished her from her sister. For a brief period, Ashlee was characterized as the cooler, edgier, and the more “talented” Simpson; she was making headway in the pop-rock scene and had firmly established herself as a memorable artist of her time.

It all came crashing down in October 2004 when she was caught lip-syncing on Saturday Night Live and made the error of doing a “jig” on-stage to cover up her blunder. SNL boss Lorne Michaels criticized her choice and asserted he would not let such an “ad-lib” take place again. Even though it was just an error, it’s widely believed the lip-sync incident carried ramifications for Ashlee’s entire career. Her album sales dropped, she was mocked and humiliated in every single public sphere, and the fans that praised her earlier in the year turned against her without any resistance.

Today, she’s “proud” of her growth as an artist, wife, and mother

Many think the SNL performance was the “beginning of the end” of Ashlee’s career, but Ashlee begs to differ. She understands everything works out for the best. Today, she’s a wife, a mother, and a thriving entrepreneur; she is not bothered by the ghost of the past. She embraces and celebrates her history for enabling her to rediscover herself and become a “stronger” individual. Despite what the tabloids have written about her since the incident, Ashlee is confident about her abilities as an artist and about what she brings to the table.

It’s something that happened to me and things in life happen, and they make you stronger. They make you a better performer and a better person. I think things like that build your character and your strength, and it’s how you handle them [that matters.]

Moreover, she’d like people to stop obsessing over the imagined “demise” of her career and appreciate her for how far she’s come and everything she’s achieved. The 37-year-old is a mother of three, has a wonderful marriage with Evan Ross, actor and son of legendary singer Diana Ross; and doesn’t stay awake at night about something that occurred when she was nineteen. “I was a teen, an angsty girl on my show back in the day and now I’m a woman and a mother,” she told E!

She’s not the dazzling pop star she used to be, but that doesn’t mean Ashlee’s value as a woman or an artist has degraded. What’s more important is that she’s living a more authentic life and doesn’t have to ride on her sister’s coattails to make herself heard. She is independent, she’s in love, and she just wants to be free of the assumptions and rumors that have plagued her career over the last eighteen years. Most of all, she’s not concerned in the least about how her career may or may not have panned out. “I don’t take myself that seriously,” she told i-D. She said she certainly appreciates her fan base, but at the end of the day, she’s about her craft and nothing else. As long as she’s having fun with what she’s doing and she’s spending her time with her loved ones, nothing else really matters. In fact, when reflecting on her early adult years, she said she didn’t realize how “strong” and “creative” she had been. She doesn’t care that her fame has dissipated to some extent; she’s made the most of her journey so far, and she’ll continue making new memories. She’s “proud” of herself, and she won’t change a damn thing.

When you’re in that moment you’re just going and going. But I look back and listen to those albums and I watch myself and how strong I was when I was younger and how I kept being creative. I’m proud of myself.

Everything does work out for the best

It’s the age-old adage, but it does hold the truth. Our present situation may not be ideal or what we had envisioned for ourselves, but sometimes, the most unpleasant moments allow us to gain strength and build a better future for ourselves. The “best” outcome isn’t one we had pictured from the beginning; it can be a set of circumstances that encourage us to be our best selves and achieve inner happiness. Ashlee may not have had the path she had carved for herself, but no matter what happened, she managed to stay true to herself and her evolving self. If you can’t find any modicum of satisfaction or peace with your current state, you likely won’t find it in your ideal scenario, either.