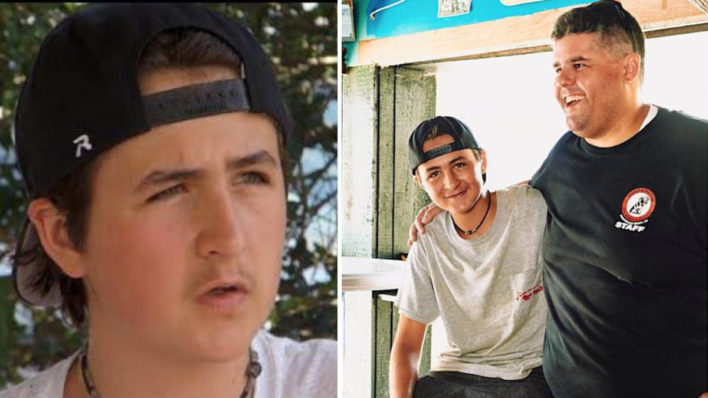 One North Carolina man did everything he could to help a customer retrieve her prized possession and give a troubled teen a safe haven.
By Sophie Babinski    June 1, 2022

One North Carolina man did everything he could to help a customer retrieve her prized possession and give a troubled teen a safe haven.

Many business owners do whatever it takes to increase their profits, catering to customer needs simply in order to keep business afloat. One bar owner in North Carolina has a different mindset.

He proved that he will go above and beyond for both his customers and his community when a woman recently lost her wallet near his establishment.

How a Bar Owner Helped a Desperate Customer and Theft Victim

Jimmy Gilleece, who owns a bar in Wrightsville, North Carolina, is not your average business owner. Recently, an incident happened that gave him the chance to lend a helping hand to a patron — but his efforts didn’t stop there.

One day, a customer who was visibly distraught came into the bar. When Jimmy asked her what had happened, she confessed to him that she had misplaced her wallet. Worse than that, her wedding ring had been in the wallet at the time, and it was irreplaceable to her.

RELATED: Woman’s Drink Is Drugged, What Bar Staff Does Next Is Lesson To Everyone

Jimmy consoled the customer and promised he would find the wallet and the ring. He immediately swung into action, watching hours and hours of security camera footage until he saw what he was looking for. He found that the patron had forgotten her wallet on a bench outside the bar. Unfortunately, a sketchy looking man quickly passed by and pocketed the item.

Jimmy wasn’t satisfied with just an answer about what had happened to the wallet. His promise to his customer was that he would get the wallet back, and he intended to fulfill that promise. He was able to track down the sketchy looking man, identifying him as 17-year-old River Prather. Prather admitted to Jimmy that he had taken the cash and disposed of the wallet in a nearby ocean channel. Anyone else would have stopped trying to help here, but not Jimmy.

The next day, the bar owner hired a dive team to scour the channel and find the wallet and ring. A few hours of searching later, the wallet and ring were recovered! The woman was overjoyed and Jimmy was happy to have fulfilled his promise; but he still felt there was something more he had to do.

He was living in the woods, and this is when it was 30 degrees outside, and he hadn’t eaten in two days. I could tell he wasn’t a criminal. He was just somebody who needed a little help.

How a Bartender Believed in the Power of Making a Difference

As soon as he gave the ring back to his customer, he realized what he had to do. He went back to find River Prather and invited him to live with him and his family. River was homeless and living in the woods, estranged from his troubled parents.

The minor had taken the wallet because he needed to eat, not because he was a bad kid. Jimmy immediately opened his heart and his home to the boy, whose life was changed forever.

I couldn’t have been luckier. Most other people would have just gave the footage to police, and he chose to help me. He’s made me part of his family.

Jimmy Gilleece is more than just a businessman, he is an amazing person. His loving attitude towards those around him, especially River, sets an amazing example for all of us. We should never judge people, but seek to understand them and try to help them out to the best of our abilities. You never know, you might change a life.