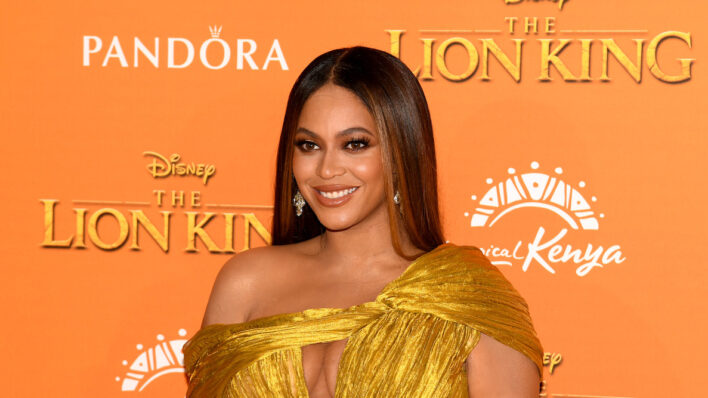 Beyoncé is a notoriously private superstar but those who pay attention to her work both on and behind the scenes know that she doesn’t really keep quiet.
By Maya Khamala    July 31, 2020

Beyoncé is a notoriously private superstar but those who pay attention to her work both on and behind the scenes know that she doesn’t really keep quiet.

Bonafide Bey fans know that while the uninitiated sometimes have certain preconceptions about the supreme star’s way of interacting with the world, there’s a good chance they’d be mistaken. Contrary to what outside observers might make of the singer’s colourful tours and packed stadiums, Beyoncé isn’t the hugest fan of sharing the intimate details of her life. Why? Because she’s a private person.

Even fellow stars, such as Harry Belafonte, have given to questioning her values and messaging in the past, relegating her to a generation of black artists who have “turned their back on social responsibility.” Of course, this diss was dished back in 2012, which means it was pre-Lemonade.

The fact is, although her tone and angle have entered different phases throughout the years—in tandem with her own evolution as an artist and a human being—her art has always been a means by which to express to her audience what she sees as most at stake, whether on an emotional or a broader global level.

In other words, her ability to win hearts and change minds has largely taken place on record (and onstage), rather than off. But the thing that makes Beyoncé’s art so damn poignant to so many is how she manages to weave stories about humanity and the world magically into her performances without slapping anyone in the face with anything.

Subtle, artful, seductive in its subversiveness, I’d say she’s the full package, which means she’s a private person while also being a genius communicator. Her infamous privacy has never prevented her from being a force of positive change. Although her responses have at times been public and more explicit, she often prefers to move quietly in the shadows, like a provocative panther, one might say. So what is the noise behind Beyonce’s shadowy depths?

The heartbreak behind Lemonade

Anyone who pays attention to Beyoncé’s life knows a thing or ten about her husband Jay-Z’s affair and how Bey never said anything publicly about it but who can forget the infamous elevator incident?

Just to refresh your memory, in 2014, after leaving the VMAs after-party, a fight involving Jay-Z and Beyoncé’s sister, Solange, broke out in the elevator. The surveillance footage was leaked to the public, which almost broke the Internet.

People started wondering what exactly could have angered Solange to the point of assaulting Jay-Z right in front of Beyoncé? Considering her Solange’s infamous protectiveness for her big sister, many have guessed that Jay-Z had somehow wronged Beyoncé.

“You cannot f*ck with my sister… I might try to beat your a**,” Solange said on Lip Service podcast.

The public speculated that there was trouble in the music’s most powerful couple, but there seemed to be no confirmation of it on any party’s part. Beyoncé remained famously silent.

But in 2016, two years after this infamous incident, Beyoncé released her video album, Lemonade. Was the secret finally out? Well, not entirely.

In most of the tracks and accompanying video, Beyoncé has been taken for granted or pushed aside. What “a wicked way to treat the girl that loves you,” she playfully laments in Hold Up, while strolling barefoot through town in a flowingly gorgeous flamenco-inspired yellow dress while smashing cars up with a baseball bat.

Did I mention she’s got a serene smile on her face? In spite of the tide of emotion explored, the album ultimately lays the stones for a final act that gives her guy a second chance—if he dares take it like a man.

Tiptoeing between the explicit and implicit, Beyoncé’s songs expressed her hurt and anger, without giving the public the full confirmation that it wanted from her. And after all, why should she? Her private life is of no concern to us and she does not owe us access to it, unlike what the tabloids may have us believe.

If anything, Lemonade itself is her message to the world and to her fans, her private way of communicating and channeling her emotions for the public.

Confirmation came at last, in 2017, not from her but from the principal actor involved: Jay-Z. In an interview for the The New York Times, Jay-Z admitted to being unfaithful, citing his turbulent childhood as the reason behind it.

So even with women, you gonna shut down emotionally, so you can’t connect . . . . In my case, like, it’s deep. And then all the things happen from there: infidelity.

People have accused Beyoncé’s activism to be fake

Together, the audio and video work in Lemonade go beyond describing the situations and emotional realities of women everywhere. The tracks also speak poignantly and honestly about the experience of being black in America.

As The New York Times put it, Beyoncé’s recital of British-Somali writer Warsan Shire’s poems combined with images of black female solidarity across the ages frames the songs in such a way that they are “no longer one woman’s struggles but tribulations shared through generations of mothers and daughters.”

In her track “Formation,” she sings about cultural pride and black beauty, while in the video, a dancing boy gets a row of armed officers to raise their hands in surrender as Bey herself lays draped atop a police cruiser as it sinks into the water.

But that’s not the extent of Beyoncé’s activism. While many have accused her of being performative or having been silent for so long, they have failed to see that the bulk of her work was done behind the scenes.

To this day, social justice issues can be a tricky terrain to navigate. Fear of saying the wrong things or attracting the negative attention of dissenters, as well as the pressure of an industry that values image above everything else, can make it difficult for celebrities to speak their minds.

In the 2014 VMAs, Beyoncé famously stated her feminism to the world and attracted a fair share of criticism. Many saw the bold statement to be performative or proclaimed that she had taken too much time to embrace feminism. But actions speak louder than words.

Aside from her numerous charity concerts, her philanthropic work has been extensive. From helping Hurricane Katrina victims, to creating an affiliated cosmetology school for Phoenix House, a rehabilitation centre that helps people who suffered through addiction and giving $6 million for coronavirus relief, she has never looked away in times of need.

Her BeyGood Foundation aims to help every cause possible, from gender inequality to famine in the world. Behind the scenes, she has quietly helped many in their battles for a better life and a better world.

She has only just started

While her most recent tribute to George Floyd and expression of support for Black Lives Matters is the most recent instance of Bey using her fame in service of the greater good, she has, throughout the years, found a variety of ways to share personal experiences and express solidarity for different movements.

From her all-around potent black girl magic, to the game-changing feminist lyrics in her 2013 hit Flawless, to her Black Panther-inspired Super Bowl performance in 2016, to the time she awarded Colin Kaepernick with Sports Illustrated’s Muhammad Ali Legacy Award in 2017 (Kaepernick created a buzz for protesting police brutality), Bey has not gone so quietly.

Those of us who love Bey devotedly may have looked closely enough to notice that her artful sway toward exploring justice more throughly happens to coincide with the years after the birth of her first child in 2012, Blue Ivy Carter. This makes sense.

Who doesn’t want to use their powers to make the world a better place for their children? During her Formation tour, she wrote on her site, “we are fighting for the rights of the next generation.”

At a time when so many across the world are speaking of the need for a “new normal” in the face of an ongoing global pandemic, Beyoncé, in her way, is helping to shape the message that this “new normal,” if it’s to work out, has to no choice but to take future generations into account.