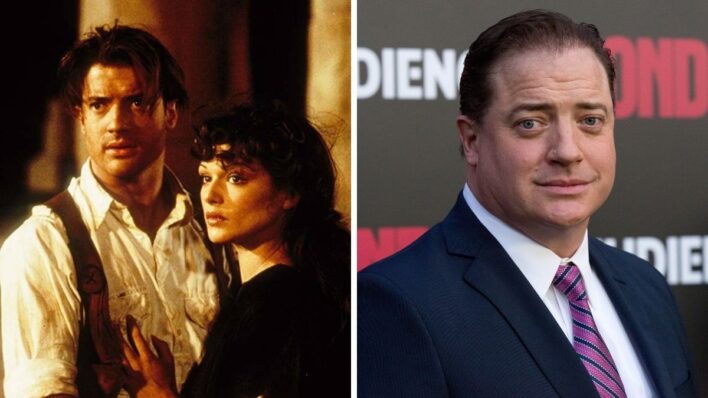 What Happened To Brendan Fraser? The Promising Mummy Star Who Vanished

Brendan Fraser was slated to become the next major action star…Yet, something went awry along the way. This is why he disappeared.
By Shaoni Das    April 8, 2021

Brendan Fraser was slated to become the next major action star…Yet, something went awry along the way. This is why he disappeared.

People of a certain generation remember actor Brendan Fraser as the floppy-haired, handsome, daring, gunslinging hero of The Mummy franchise.

His leading role catapulted him to overnight stardom and endeared him to millions of young people across the globe in one go. He was slated to become the next major action star, and understandably so — Brendan was bursting with talent, charisma, and wide-eyed innocence through and through.

Yet, something went awry along the way. His fame fizzled, the roles dried up, and pretty soon, he faded from public consciousness altogether. Of course, it’s a fickle industry and the ascent of celebrities up the ladder will naturally coincide with the decline of others.

But make no mistake: Brendan’s fall was by no means a choice. That’s why it’s critical to reflect on his journey and examine where it went off the rails.

Brendan was sexually assaulted by a Hollywood executive and became “depressed”

At the height of the MeToo movement, Brendan decided to speak up and open up about his own experience with sexual assault. The incident haunts him to this day and is the driving factor behind his sudden departure from the entertainment industry.

As per Brendan’s account in a 2018 GQ profile, he was molested by an executive during a Hollywood luncheon in the summer of 2003. He had been on his way out of the hotel when Philip Berk, a former president of the Hollywood Foreign Press Association (HPFA), beckoned him over. Brendan shook Berk’s hand as a courtesy, but Berk reportedly responded with an action far more extreme than a friendly gesture.

“His left hand reaches around, grabs my ass cheek, and one of his fingers touches me in the taint. And he starts moving it around,” revealed Brendan in a shocking, unambiguous fashion. Brendan was able to push Berk away at the time and escape the situation. Yet, he was “overcome with panic and fear” for a good while.

I felt ill. I felt like a little kid. I felt like there was a ball in my throat. I thought I was going to cry […] I felt like someone had thrown invisible paint on me.

In a matter of minutes, Brendan had his innocence and peace of mind snatched out of his hands. He realized right there and then that someone had cruelly violated both his trust and sense of safety — that “someone had thrown invisible paint on.” He contemplated disclosing the encounter to the public at the time, but he backed out due to his own denial and fear. He didn’t process the true impact of the assault, and so the trauma dug its vicious claws into his psyche, unraveling his life bit by bit.

At the same time, he didn’t want to expose Berk in fear of having his career become defined by one particular moment. He was a young, ambitious actor shooting for the stars; he didn’t think that something that he deemed to be so trivial merited the fuss.

I became depressed. I was blaming myself, and I was miserable […] It made me feel reclusive […]  In my mind, at least, something had been taken away from me.

His injuries, divorce, and the death of his mother added to the stress and left him “miserable”

What’s truly tragic is that Brendan did his part in addressing the situation at the time. His team contacted the HFPA and asked for a written apology. But the HFPA and Berk’s team reportedly offered nothing but a meaningless statement containing no acknowledgment of wrongdoing.

Brendan claimed in the GQ interview that he was slowly blacklisted from Hollywood on the part of a concerted effort from the HFPA. He was never invited back into the Golden Globes — an award ceremony organized and run by the HFPA — and industry professionals turned their back to him one by one.

The experience made him a shell of his former self. He stopped socializing with his loved ones, he stopped expressing interest in film or television projects, and he decided to stop taking phone calls about new roles. After a while, he just didn’t feel like he was worthy of reentering the spotlight and pursuing his passion. Worst of all, he blamed himself for the pain and not growing a “thick skin” against the dehumanizing treatment.

I was blaming myself, and I was miserable […]  just felt I couldn’t be a part of it. I didn’t feel that I belonged.

It wasn’t just the assault that knocked his career off its course. As a rising action star, his body was put through the wringer in the name of stunts, physique requirements, and just regular male beauty standards. Brendan stated, “By the time I did the third Mummy picture in China,” which was 2008, “I was put together with tape and ice.”

The overwhelming demands of being a Hollywood hero triggered a number of health issues for Brendan. He had to get two laminectomies, a knee replacement, several procedures for his back, surgery for his spinal pads, and even had to get his vocal cord replaced at one point.

If that wasn’t enough, he and his wife of fourteen years, Afton Smith, divorced in 2007. His mother passed away from cancer in late 2016. He came upon many financial difficulties while on his forced sabbatical from Hollywood.

It’s no surprise that the actor began spiraling in all directions. Yet, he maintains that it all leads back to that fateful night in Los Angeles, where his entire world was left undone by the disgusting actions of an executive.

Brendan’s struggles have more profound implications than his own suffering. As a young man preparing to dominate the screens, he thought he had complete control over his expanding career, that nothing could touch him or throw him off his purpose. But sexual assault and harassment have a way of derailing momentum and leaving its survivors in a pool of shame, guilt, and continually recurring agony.

A male actor speaking out about how his career was shattered by sexual assault is nothing short of remarkable. He is a big, broad man who is probably capable of fending off any aggressors on his own. Yet, the assault debilitated him to his core, and he felt just as victimized as other female survivors of sexual and domestic assault. The courage he has displayed in speaking about his afflict will ratify him as one of Hollywood’s bravest, most unconventional men.

Never make assumptions about what someone is going through

Brendan Fraser had been our dream boyfriend through the nineties and early 2000s, but we should be wary that the wistful nostalgia train keeps us from considering the shocking realities of his career. If we can appreciate his performances from 20+ years ago, we can be more considerate about the assumptions we throw around regarding his career.

At the end of the day, it’s human nature to develop assumptions based on the facts, or lack thereof, presented. But it’s vital to keep in mind that you have to be both sympathetic and patient with the innermost details of someone’s life. They could be going through something unquestionably sad, so it’s best to give them space and keep our assumptions to ourselves.