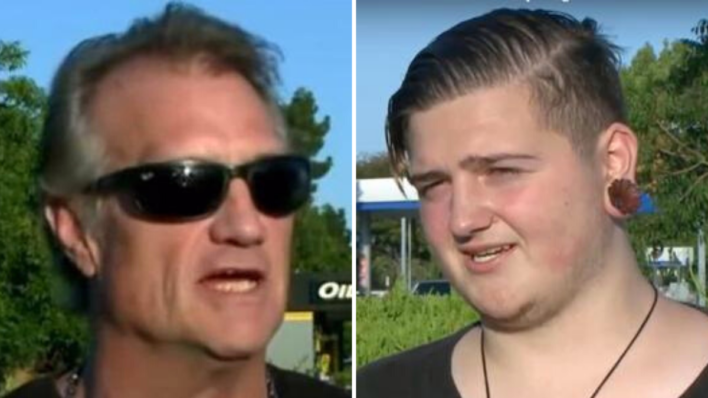 Hungry Teen Finds a Wallet with $2,300 in Cash – Gets a Surprising Text after He Does the Unexpected

Despite not having enough cash to buy lunch, one teen made the decision to return wallet with more than $2,000 inside.
By Sophie Tolias    April 27, 2022

Despite not having enough cash to buy lunch, one teen made the decision to return wallet with more than $2,000 inside.

Tommy O’Connor, a senior at Irvington High in Fremont, California, walked to the 7-Eleven across the street to get a soda for himself and his brother, when he found a wallet on the ground containing 23 $100 bills.

“It was like a bunch of hundreds,” Tommy said. “I didn’t count it when I saw it. I just thought it was probably someone’s rent or something.”

Tommy’s family is on a fixed income and just the day before, he didn’t have money for lunch. However, he didn’t pocket the cash. He turned the wallet in to a teacher’s assistant immediately.

With us living month-to-month, it is a big chunk of money and I’m so proud of him that he did that.

Even after turning the wallet in, Tommy was worried and kept fretting to his mom.

“Mom, if it doesn’t get back to the right person, they won’t pay their rent,” said Sherry O’Connor, Tommy’s mom.

The wallet and cash were returned to its rightful owner, a veteran, and Tommy was rewarded with $50.

“I’m just proud that he did the right thing, and hopefully all of my children would’ve done the same thing,” Ron O’Connor said.

RELATED: Homeless Man Finds $3,300 And Laptop In Abandoned Backpack – What He Did Next Changed His Life

Tommy’s mother sent him this text message, “I’m very proud of you son. Ms. Kalra called me. Wow your [sic] one in a million. Love you to the moon and back.”

He replied, “You should be thanking yourself. You raised me.”

I’m just doing something I wish everyone else would do.

When given the chance to make a choice between right and wrong, without a second thought, Tommy did the right thing.