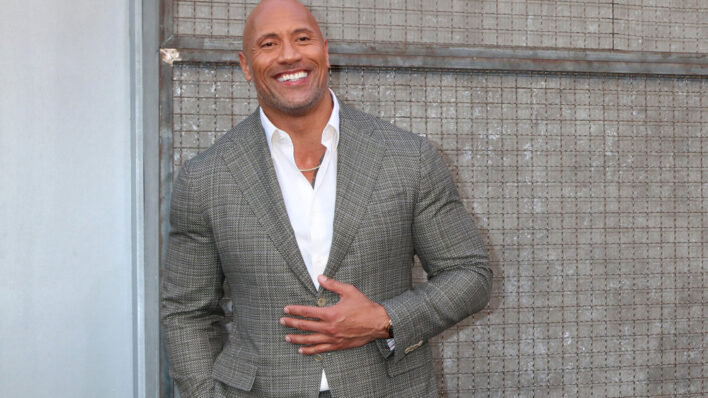 In his late 40s and more successful than ever, Dwayne “The Rock” Johnson is one the most recognizable figures of
By Eliza Theiss    May 2, 2018

In his late 40s and more successful than ever, Dwayne “The Rock” Johnson is one the most recognizable figures of Hollywood nowadays– and not just because of his towering height.

Born into a poor family that was constantly on the move due to his father’s flailing wrestling career, The Rock knew hardship from an early age. After his parents separated 14, Dwayne entered a long-time battle with depression, which was made worse by the threat of homelessness and pushed him down a path of delinquency.

Now, Dwayne Johnson has his very own star on the Hollywood Walk of Fame and was named the world’s highest paid actor in 2016. He has become a vocal advocate for at-risk children and mental health awareness, and is actively toying with the idea of entering the political arena in the future.

Whether he decides to throw his hat into the ring of politics or continue starring in Hollywood’s most popular movies, we’re celebrating his birthday by remembering five of the most inspiring moments the former “punk kid”—as he sometimes describes himself – has offered us.

I have to admit @TheRock is by far the Best example of what a movie star should do with his powers of fame. I’d offer prom dates but pretty sure that wouldn’t go well. LOL https://t.co/ndAd4PoPdN

1. Giving back through charity

No stranger to adversity, Johnson is committed to sharing his success with the global community. One of his main avenues for this is The Dwayne Johnson ROCK Foundation, which aims to empower the lives, health and self-esteem of hospitalized children, aid in their education and offer mentorship in nutrition and physical fitness to fight childhood obesity and put children in charge of their own fitness and health since 2007.

He is also involved with The Beacon Experience, an organization dedicated to the academic success and prolonged education of children. He has also supported the Parkinson Society Maritime Region, Until There’s A Cure, the Red Cross, I Have A Dream Foundation and the Rush Philanthropic Arts Foundation, among many more throughout the years.

PROJECT ROCK MOVEMENT. This Thursday, I’m gonna introduce you to a few very unique and special athletes who, like myself and my dude @OnwardWanna here (who’s rocking a bad ass People’s Eyebrow) overcame obstacles and achieved their dreams through extreme hard work and willpower. Join us for the debut of our NEW @UnderArmour #WillFindsAWay campaign this week.

2. Speaking out on depression and mental health

Earlier this year, The Rock took to Twotter to remind people that depression strikes indiscriminately and there is no shame in opening up and seeking help. He also made a point of speaking to men, as male sufferers of depression tend to seek out help far less often than women to societal conditionings – all of us have heard the toxic “boys don’t cry mantra”. Well, Dwayne Johnson doesn’t believe in that noise, and as someone who has battled depression for a long time, we should all heed his advice.

Got tons of responses to this. Thank you. We all go thru the sludge/shit and depression never discriminates. Took me a long time to realize it but the key is to not be afraid to open up. Especially us dudes have a tendency to keep it in. You’re not alone

3. Telling a 4-year-old she inspires him

Caroline Lantz is a four-year-old battling Stage 4 Neuroblastoma, a highly aggressive cancer that has spread through most of her body. Despite her struggle, Caroline refuses to back down, showing strength and resilience in face of her illness.

Learning of her story, Johnson shared Caroline’s fight on social media, asking fans to think of the young warrior and complimenting her strength – and bald head “I’m bald too, so that automatically makes me cool like you,” he wrote to Caroline.

My God look at this beautiful lil’ 4 3/4’s year old human. I’m so grateful this post caught my eye. We’re all pulling for you Caroline for a successful surgery tomorrow. I don’t know you, but I never knew how much I needed to see this picture until now. You inspire and motivate me. And I’m bald too, so that automatically makes me cool like you. Stay strong. Love, DJ. #Repost @maltz30 Hi @therock ! I wanted to reach out to you on behalf of this little , fierce warrior. THIS is Caroline Lantz, she’s 4 ( she’ll tell you she is 4 and 3/4 🤣) and she is battling Stage 4 Stage Neuroblastoma: a high-risk, aggressive cancer that has spread throughout almost all of her body, including her bone marrow. She needs us all on our knees praying🙏 for her as she goes in for her surgery to remove her tumor this Friday, April 27th at 8:00 am CST. I know you are a busy man, but if you have a moment to reach out to all of your fans to ask that they pray for Caroline this Friday it would mean the world to this precious girl! #carolinestrong www.carolinestrong.com

4. Responding to a promposal with hundreds of free movie tickets

When Katie Kelzenberg asked Dwayne Johnson to go to prom with her on social media, she never imagined what was going to happen. Just five days after posting her invitation online, Katie was shocked to hear Johnson’s voice reverberating through the high school intercom system.

Although The Rock was not able to make it, he rewarded Katie’s courage and devotion with a free screening of his movie Rampage. Not only did 233 free tickets make it her way, The Rock also offered “all the popcorn, candy and soda a teenager could ingest.”

It all started with a promposal to me from an awesome Minnesota high school student, Katie Kelzenberg. I couldn’t make her prom, but as a gift I bought out her local theater this past weekend for her and 232 of her closest friends to watch a screening of RAMPAGE. Plus, all the popcorn, candy and soda a teenager could ingest. I surprised her with the news over her schools speaker system during their morning announcements. Thanks for making my day Katie by asking me to your prom, glad you guys had a BLAST and thank you for being an amazing fan. And ps, if you ever decide to cheat on your tests – which of course you won’t because you’re brilliant… call me because I know all the tricks. DJ

5. Talking about the joy and privilege of being a supportive husband and father

Taking to Instagram after the birth of his third daughter, Johnson spoke of being “raised and surrounded by strong, loving women.” He added that attending the birth of Tiana Gia Johnson gave him newfound respect “for all mamas and women out there,” advising all fathers to be there and support their partners throughout the pregnancy and birth.

He also pledged to put his family and children first: “Your crazy dada has many responsibilities and wears many hats in this big ol’ world, but being your dad will always be the one I’m most proud to wear.”

Skin to skin. Our mana. Blessed and proud to bring another strong girl into this world. Tiana Gia Johnson came into this world like a force of nature and Mama @laurenhashianofficial labored and delivered like a true rockstar. I was raised and surrounded by strong, loving women all my life, but after participating in baby Tia’s delivery, it’s hard to express the new level of love, respect and admiration I have for @laurenhashianofficial and all mamas and women out there. Word to the wise gentlemen, it’s critical to be by your lady’s head when she’s delivering, being as supportive as you can.. holding hands, holding legs, whatever you can do. But, if you really want to understand the single most powerful and primal moment life will ever offer – watch your child being born. Its a life changer and the respect and admiration you have for a woman, will forever be boundless. And to my third and youngest daughter, Tiana Gia – like I did when your two older sisters Simone Alexandra and Jasmine Lia were born, you have my word, I’ll love, protect, guide and make ya laugh for the rest of my life. Your crazy dad has many responsibilities and wears many hats in this big ol’ world, but being your dad will always be the one I’m most proud to wear. Oh and one more thing.. you’re gonna love rollin’ in daddy’s pick up truck. #TianaGiaJohnson🌺 #3rdDaughter #BlessesAndGratefulMan #ImInTROUBLE