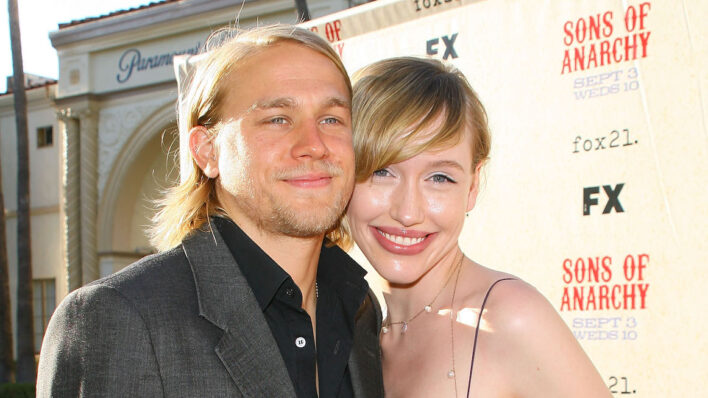 How Charlie Hunnam and Morgana McNelis Have Made Their Relationship Last

Charlie Hunnam and Morgana McNelis have been together for over 15 years. How did they make their relationship last when they each come from two different worlds?
By Barbara Pavone    August 28, 2020

Charlie Hunnam and Morgana McNelis have been together for over 15 years. How did they make their relationship last when they each come from two different worlds?

Charlie Hunnam and Morgana McNelis have been dating for 15 years and they’re as in love as ever. Although the actor and his jewelry designer girlfriend are the first to admit that any successful union requires work, they’re proof that marriage isn’t a prerequisite for commitment. Nor does it make a relationship more ‘real’ or more likely to last.

As the Sons of Anarchy star told Us Weekly in 2017, Morgana has always been the brightest star in his life. “Sundays at home with my girlfriend […] are when I am most happy,” he proclaimed.

The biggest compliment to my looks is that my girlfriend still sleeps with me.

Here’s what we can learn from Charlie Hunnam and Morgana McNelis’ everlasting love:

Charlie Hunnam and Morgana McNelis have been together forever, especially by Hollywood standards, but that doesn’t mean their romance has been effortless. As Charlie told People, being in a “long-term, fully monogamous relationship […] requires work, a lot of work.” That includes making a conscious effort to “try to keep the romance on the reg” and a commitment to not growing complacent.

For example, before jetting off to attend the 2017 premiere of Papillon at the Toronto International Film Festival, the actor decided to do something special for his girlfriend. “Before I came away to TIFF, I ended up staying up until five in the morning because I decided I was going to clean the entire house,” he revealed. He also did the laundry and bought groceries because “I thought it would be nice for her to come home with everything immaculate and done. I put flowers in the bedroom and in the kitchen, so she came home and was happy,” he said.

It’s easy to take love for granted when you’ve been together for so long, but even small gestures can go a long way in helping a bond remain strong.

For example, Charlie “literally spent all day cooking” for Morgana’s birthday in 2017. As he told People, “She had about 15 of her friends over, and I cooked an enormous meal for everyone, and we drank some really good wine and hung out. It was a lovely day.”

A successful relationship is a true partnership

Being an actor has required Charlie Hunnam to engage in some pretty steamy scenes on-screen, but it’s never been an issue off-screen because he has Morgana’ full support. In fact, when he was initially offered the role of Christian Grey in Fifty Shades of Grey (which he accepted but later turned down), he didn’t make a decision without consulting his other half first.

As Charlie told HollywoodLife, Morgana “was a part of the decision-making process” because “she’s required to share parts of me that she wouldn’t really want to share.” Turns out, Morgana “loved the books” and was “really excited at the potential of this opportunity for me.”

Any successful relationship is a true partnership in which both parties feel heard and respected and if there’s one thing that hasn’t changed in their 15 years together it’s that Charlie Hunnam will always have Morgana McNelis’ back.

Case in point: When online bullies targeted McNelis in 2016, criticizing her looks and questioning her relationship with Hunnam, the actor made a rare appearance on social media to publicly defend his love.

She is an intelligent, beautiful, kind person who just tried to live a simple life and has nothing to do with the entertainment industry. If you want to talk s***, talk s*** about me, leave her out of it.

“This is a girl I love very much and have spent the last 11 years of my life with and hope to spend the next 60 years,” he continued. “She has been my loyal and supportive partner long before I had any success or money. Why would you attack her out of admiration for me? It makes no sense.”

The fact that she was having to endure relentless attacks just because she’s in love with somebody, it felt like ‘f–k you guys.’

No relationship is absolutely perfect

Romantic gestures have helped Charlie get out of some sticky situations over the years because, let’s face it, no relationship is absolutely perfect and spats are bound to happen. Like when the actor didn’t speak to his girlfriend for five months while shooting The Lost City of Z in Colombia.

As he told Entertainment Weekly in 2016, he had promised to send Morgana a letter a day, but soon realized “the mail system doesn’t really work very well. It’s completely unreliable. I received a letter from her and I realized that, from the tone of it and things she was saying, she hadn’t received the two letters that I sent before,” he explained.

Rather than struggling with the postal service, he decided to get fully into character (Charlie was cast to play 19th century explorer Percy Fawcett) and stop all communication. “Which obviously makes me sound like a total bastard, appropriately so,” he quipped.

Luckily, a heartfelt apology can go a long way and, as Charlie confessed, he was “very apologetic.” Revealing how he made it up to Morgana, he said, “I had the benefit of shooting in Colombia, where they have rather lovely and somewhat cheap emeralds. My girlfriend is a jewelry designer, so I was able to come back with an appropriately sized gift. It didn’t remedy all of the trouble I was in, but it got me halfway there,” he quipped.

You can be married… without being married

If there’s one thing Charlie Hunnam and Morgana McNelis don’t agree on it’s marriage. As he told Andy Cohen in 2020, he’s “sort of indifferent” when it comes to tying the knot. However, Morgana “does not feel the same. She’s very eager to get married, so, you know, I’ll do it cause it’s important to her, but I don’t have any sort of great romantic feelings towards it,” he confessed.

Not surprisingly, that comment soon made headlines and, as Charlie later admitted to TooFab, it was “a stupid thing to say.” The actor quickly realized it “really hurt my girlfriend’s feelings. I really regretted saying that, cause I actually didn’t mean it at all,” he assured. “It was just, frankly, some stupid s*** I said in the heat of the moment.”

Taking the time to better explain himself, Charlie added that “the reality is I sort of consider myself married.” He continued:

I suppose what I was trying to articulate was that the official government sanctioning of it doesn’t mean anything to me; but the romance of it means an enormous amount.

Telling the outlet that family is “very important to me,” Charlie clarified that he’s not actually scared of marriage, despite marrying Katharine Towne in Las Vegas when he was just 18 (after three weeks of knowing each other) and experiencing “three terrible, painful, expensive years.”

As he told TooFab, the idea of saying “I do” to his longtime partner “doesn’t really make me nervous because we’ve been together for so long […] You occasionally hear stories of things changing once you get married, and people’s relationships, but I couldn’t foresee that happening with us, because we know each other so well,” he concluded.

While marriage is certainly a major step in the evolution of many long-term relationships, not getting hitched doesn’t take value away from a union. While some couples may choose to follow a more traditional roadmap, others may not — it doesn’t make either better or worse.

By that same token, marriage doesn’t automatically signify a winning relationship. A bond is truly strong only when both individuals feel heard, loved, and happy — which is clearly the case for Charlie Hunnam and Morgana McNelis. Because that is the true mark of a successful relationship.