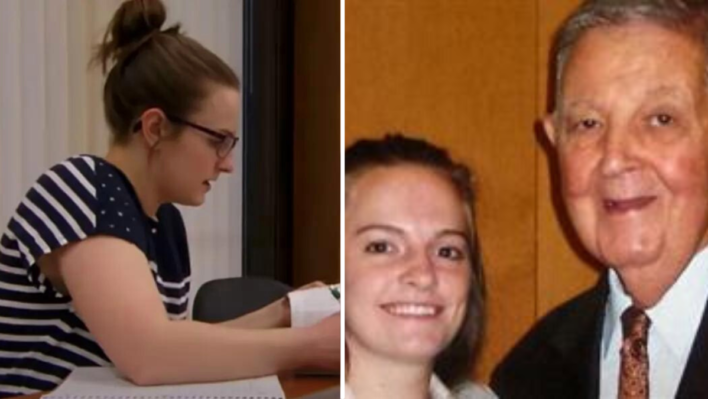 One wealthy regular at the Peachtree Restaurant changed a young woman’s life by paying for her nursing school.
By Lindsey Staub    November 18, 2022

One wealthy regular at the Peachtree Restaurant changed a young woman’s life by paying for her nursing school.

Melissa Mainer knew she wanted to be a nurse, but the path to get there was going to be difficult. All of the loans she would accrue at nursing school wouldn’t be cheap, and she needed to pick up side jobs in order for her to start paying them off.

Why One Man Decided to Help a Struggling Waitress

When Mainer initially took out the student loan, she had no plan to pay it off.

Still, she enrolled in school because it was her dream. She knew that she would have to work hard over a long period of time in order to chip away at the glacier of her debt, but sometimes she felt hopeless that even then she wouldn’t be able to pay it.

“I don’t ever think I saw the end,” Mainer told CBS Evening News.

The job Mainer picked up to make some extra money was at the Peachtree Restaurant.

Mainer became a waitress at Peachtree where she often waited on the same regulars who were there every week. Lucky for her, one of these patrons was Benjamin Olewine.

When Olewine met Mainer, he was retired. He had once been the Chairman Emeritus at Cisco, meaning he was now a millionaire. After retiring from that job, he focused his life on giving his fortune away to people and causes that deserved it.

When Olewine learned about Mainer’s story, he knew he wanted to help out.

Olewine’s meal of $3.45 became a lot more expensive when he pledged part of his fortune to help Mainer get through nursing school. Not just a slice of the tuition, but Olewine promised to pay all of it.

How One Customer Proved the Importance of Being Selfless

In a country where the estimated total of student loan debt is over one trillion dollars, Olewine helping Mainer out is no small feat.

Olewine stayed true to his word and continued to pay for Mainer’s schooling, even as years passed by. In total, Olewine paid over $20,000 in tuition bills.

Mainer and Olewine still keep in touch, both of them regularly meeting up at the Peachtree to talk over a meal.

Mainer wanted to dedicate her life to helping people as a nurse, but in order to do that, she needed help herself. Olewine knew he had the means to change a young woman’s life and selflessly donated his money to her worthy cause.

Not only has Olewine helped Mainer, but he has helped every patient she has treated and will treat because without him, she wouldn’t be where she is today.