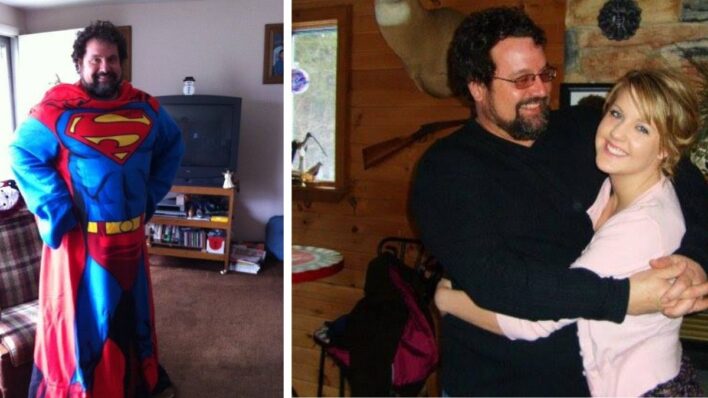 One father’s unconditional and enduring love for his daughter when she needed him most is an example for dads everywhere.
By Bryan Liquor    May 18, 2021

One father’s unconditional and enduring love for his daughter when she needed him most is an example for dads everywhere.

One woman took to Facebook’s ‘Love What Matters’ page to share a story about a hero especially close to home: Her father.

Describing him as a “rough and tough blue-collar man who turned into a ball of mush when he became a father,” she recounted how her caped crusader came through during a painful crisis.

She recalled how when she was 20,” a guy broke her heart into a million pieces on Thanksgiving Day.”

“My dad physically caught me as I crumbled to the floor, sobbing so hard I saw spots. Looking back, I know his heart was breaking too.”

After the incident, she confided in her dad about the one thing she really missed.

“I am so used to getting a ‘good morning text’ from him every day. Before I even get out of bed it hits me like a ton of bricks. It is a daily reminder that it’s over…he isn’t coming back,” she told him.

That’s when her dad activated his special healing powers.

“From that day forward, he sent me a ‘good morning’ text. His texts include inspirational quotes, heartfelt messages of encouragement and reminders of how much he loves me. That was 7 years ago.”

Despite her having long moved on and found love, her father hasn’t stopped showering her with sweetness.

“I have moved on, moved away and found an amazing man but my Superman came to my rescue,” she proudly wrote. He never fails to say ‘I love you.’ He will tell you every morning, every night and twice on Sunday.”

A father’s love is forever

The woman wrote that although he might not wear a cape, her father has played the part of hero her entire life.

“I have watched him fiercely love my mother for over 30 years; he still brings her flowers, pulls her in for a slow dance in the kitchen, and writes her love notes.”

We all know the stereotypes of the steely-eyed, shotgun-toting, overprotective father. However, let’s give it up for the endlessly loving, sweet and sensitive Papa Bears worldwide who devote their lives to nurturing strong and fearless cubs.

“To the dads out there and to my dad – thank you. You may not know it but your little girls are watching your every move and hanging on to your every word. We thank you for never letting us forget how special we are.”