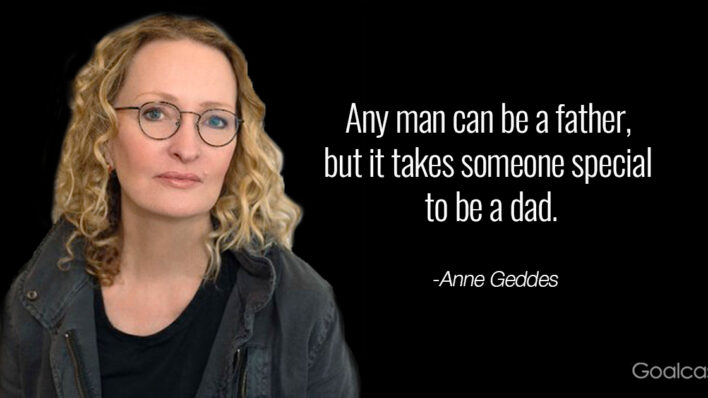 While it might seem that mothers are often more appreciated, we will definitely not overlook the importance of a great
By Flavia Medrut    May 29, 2018

While it might seem that mothers are often more appreciated, we will definitely not overlook the importance of a great father. So dads, this one is about you.

Sometimes harsh and maybe a little distant, sometimes more nurturing than one could expect, a dad builds the image of a true man in his son’s or daughter’s eyes. He is the one you run to when your mother goes all nuts for not making your bed again, but he is also the one that will make your tremble like a soldier in front of his sergeant.

A dad is often the entertaining figure in a family. Dads are the ones teaching us about sports, tricks and… pranks – someone has to do this too. When a kid gets to say “My dad is better than your dad” — not the best thing to say, true — it’s only proof that a father has done his job right and for his child, he is better than anyone, a true role model and hero.

A great dad will always support you, help you and protect you, and most importantly, he will always have your back.

Here are 21 dad quotes to express love and appreciation.

My father gave me the greatest gift anyone could give another person, he believed in me. ― Jim Valvano

My father was my teacher. But most importantly he was a great dad.

My dad was my best friend and greatest role model. He was an amazing dad, coach, mentor, soldier, husband and friend.

The quality of a father can be seen in the goals, dreams and aspirations he sets not only for himself, but for his family.

The older I get, the smarter my father seems to get.

My dad has given me the best gift anyone has ever given me. He gave me wings to fly. My dad always said, ‘Champ, the measure of a man is not how often he is knocked down, but how quickly he gets up.’

It’s the courage to raise a child that makes you a father.

I cannot think of any need in childhood as strong as the need for a father’s protection.

Never is a man more of a man than when he is the father of a newborn. No one in this world can love a girl more than her father.

A father is a man who expects his children to be as good as he meant to be.

My father didn’t tell me how to live; he lived, and let me watch him do it.

As a father you must have the mindset that being a dad is your most important job.

By the time a man realizes that maybe his father was right, he usually has a son who thinks he’s wrong.

A daughter needs a dad to be the standard against which she will judge all men.

The power of a dad in a child’s life is unmatched.

Any man can be a father, but it takes someone special to be a dad. Dads are most ordinary men turned into heroes.

What we become depends on what our fathers teach us.

Becoming a dad means you have to be a role model for your son and be someone he can look up to.