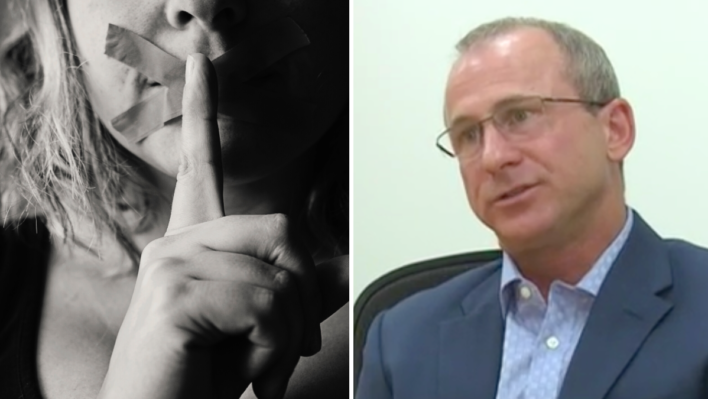 One Houston father doesn’t want anyone else to ever go through a situation like this.
By Amber Dowling    November 15, 2022

One Houston father doesn’t want anyone else to ever go through a situation like this.

There are an estimated 24.9 million human trafficking victims worldwide at any given time, with traffickers preying on adults and children of all ages, backgrounds, genders, and nationalities.

Yet as parents, we never think it could happen to our children. One father is here to remind us otherwise.

Desperate to find her and unwilling to sit back while police investigated the situation, he took matters into his own hands. “It was completely out of left field,” the man told KHOU. “Never could have seen it coming.”

Clark used private resources to track down his daughter — a childhood cancer survivor. That included hiring a private kidnap and rescue firm, consulting experts, and buying his own 1-800 number, according to The Daily Beast.

“If it was up to what I want, I wouldn’t talk about this,” he told the publication. “It’s difficult to go through and emotionally draining. But I feel compelled to help other families and keep them from going through what we did. I’ve got to do something.”

How a Bad Situation Had a Happy Ending

In the end, Clark rescued his daughter from a Houston apartment building, where he was able to track her and her captor. Eventually, the alleged pimp pleaded guilty to promoting prostitution of a minor.

After her father located her, the high school student began a residential therapy program and is dealing with her trauma.

Meanwhile, Clark is fighting to strengthen anti-human trafficking laws and calling for harsher punishments for those caught. He even started a petition that has garnered more than 8,000 signatures.

Clark also advises other parents to pay attention to their kids, especially their online habits. He admits he knew his daughter had fallen in with the wrong crowd, but even then, he had no idea how bad it was.

“Beware of Snapchat,” he wrote in a Facebook post, as per The Daily Beast. “It is extremely difficult to monitor effectively, and it is used brilliantly by teens trying to escape detection. The only luck we had with Snapchat was to literally grab my daughter’s phone unexpectedly… and look at recent communications, but even that had limited effectiveness,” he continued.

“We saw problems. We tried many approaches to turn things in a different direction. We never dreamed the trouble we were facing was as dangerous as it turned out to be.”

How One Dad Proves the Importance of Staying Aware

According to Dottie Laster, an advocate who spoke with The Daily Beast, human trafficking victims are worth hundreds of thousands of dollars annually. “Kids are being groomed, lured, and recruited,” she said.

“As parents, we have never had this particular issue… there’s no parenting handbook to deal with this, and I don’t have a good answer.”

Still, there are things she advises parents to do. Be suspicious of any gifts your child receives, especially cell phones or other communication devices that could be used to contact potential kidnappers without a parent knowing about it.

You should also be there to discuss safe practices if your kids are online or using social media.

It’s also essential to have open and honest discussions with children about these crimes and to stay informed on current human trafficking news. There are plenty of resources online to draw from, so check some out together.

“The fight continues, Clark told The Daily Beast. “They messed with the wrong girl.”