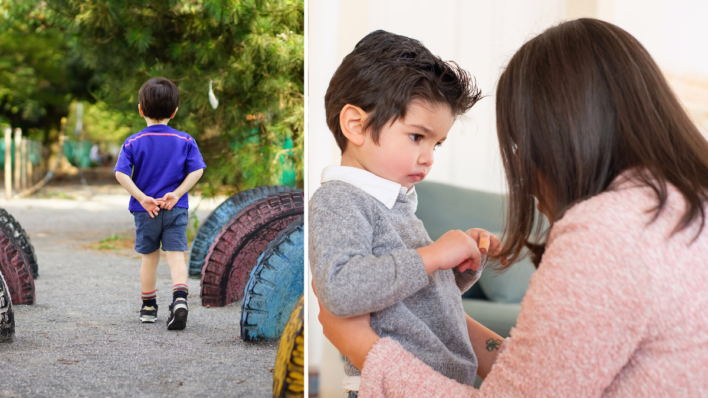 What was supposed to be a Fourth of July filled with family, fun, and fireworks quickly turned into a horror story.
By Lindsey Staub    October 24, 2022

What was supposed to be a Fourth of July filled with family, fun, and fireworks quickly turned into a horror story.

Kelly Pittman and her family joined hundreds of others at the Stone Mountain Park to celebrate Independence Day with some wholesome family fun.

How a Seemingly Normal Day Took a Horrific Turn

The day quickly took a turn, however, when rainfall began to break up the party. Amid the chaos and confusion of so many groups leaving the park, Kelly noticed a 3-year-old boy all alone.

“My instinct was like I have to help this kid. There’s no way I’m just going to let him keep walking past me alone,” Kelly said.

RELATED: Uber Driver Trusts Her Instincts And Narrowly Escapes Kidnapper By Jumping Out Of Car

In order to help the child find his family, she asked him his mother’s name. Then the two of them set off to search for the boy’s mother. While they were looking for her in the crowd, a woman got her attention.

Kelly couldn’t ignore her gut telling her that something wasn’t right.

Though she was originally relieved to have found the mother, Kelly couldn’t shake a suspicious feeling. “She’s on the phone the whole time, and I thought that was really weird,” she said.

When Kelly turned to the boy and asked him if this was his mother, he shook his head ‘no.’

“I just got chills down my whole body. I just couldn’t believe this lady,” Kelly said.

She trusted the child and took him away from the imposter. Instead, they found a tent with park rangers who eventually found out that the boy’s mother was at a different location, frantically searching for her son. Kelly waited with the little boy until his mother came to pick him up.

Upon the reunion, both mother and son were emotional.

“It was going to be a happy ending, but it was very scary,” Kelly said.

Back with her own family, Kelly tried looking for the suspect again but couldn’t find her. Even though the woman got away, Kelly saved a life that day.

“This person did the right thing in making sure to ask the child if the lady claiming to be the mother was, in fact, the mother — which it turned out was not the case,” park spokesman John Bankhead said. “We have police officers that are patrolling the area. You just have to take precautions when you have your kids in a large crowd like that.”

But Kelly hasn’t stopped trying to help. She posted about the incident on her Facebook page to warn others of the possible danger. The post has been shared over 10,000 times.

RELATED: Woman Trusts Instinct And Begs Authorities to Help Stranger She Met On Hike – Ends Up Saving Her Life

“I shared it because I do believe it’s really important and because it could have been me,” Kelly said. “This could have just been my boy, and I think a lot of times parents sometimes see this on the news and think it isn’t really happening here. But it is. It’s everywhere.”

Fortunately for all, Kelly was there that day to help.

Instead of seeing something suspicious and ignoring it, Kelly stepped up. Her instinct saved a little boy and reunited a family.