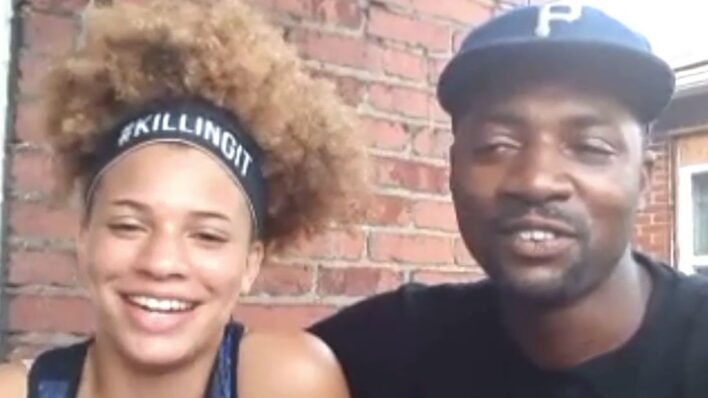 There’s something about school formals with their slow dances, dimmed lights and swish of cute dresses that make them extra
By Eliza Theiss    August 1, 2018

There’s something about school formals with their slow dances, dimmed lights and swish of cute dresses that make them extra special moments in the lives of teens. But of course, not everyone has the picture-perfect, Hollywood cliché experience of walking into a dress shop during the pre-formal fever, spotting the perfect dress and without any second thought buying it, even though it costs as much as a decent family car.

For Nevaeha Smith, that perfect dress was far cheaper. However, at $200, it was still well out of her family’s price range. The 14-year-old soccer fan still told her parents about it, hoping there was some way they could make it work, even though with her dad working 3 jobs just to support them, she knew it was likely it won’t happen. As Fox News reported though, dad Ricky Smith was determined to give his daughter a magical dance.

Even though Smith usually works six or even seven days a week, he picked up extra shifts at his jobs at McDonald’s, Popeyes, and Circle K and finally managed to save up enough to buy the cute dress, knowing how much that would mean to Nevaeha. However, in mom Kelly Anne Flemming’s advice, he decided to have a little fun too and play a prank that would surprise the 14-year-old even more when the dress was revealed.

So he zipped up the dream dress in a garment bag and brought it to his daughter during one of his McDonald’s shifts and started filming. “This ain’t the dress you wanted, but I hope you like it,” Smith said, adding that the dress was bought by her grandmother. The teen was convinced she was about to get “an old lady dress,” she revealed to ABC News. But when he opened the garment bag, Nevaeha was overwhelmed, jumping up to hug her father.

“To see the look on her face — it was priceless. All I can really do was smile,” Smith told ABC News. As for the overwhelmed teen, it was such a huge gesture of her father’s love. “My heart felt like there was more love in it than there was before. I love him and I’m really happy that he’s my father,” she gushed, proudly wearing the dress to her eight-grade dance just days later.

“I’m grateful that he found a way to get me the dress and I really appreciate how many jobs he worked,” Nevaeha told CBS This Morning. As for why Ricky decided to film the special moment? It was about more than capturing a special father-daughter moment, Smith told Fox News. “I just don’t want people to think just because you don’t have the money, you can’t make your kids happy, because you can.”