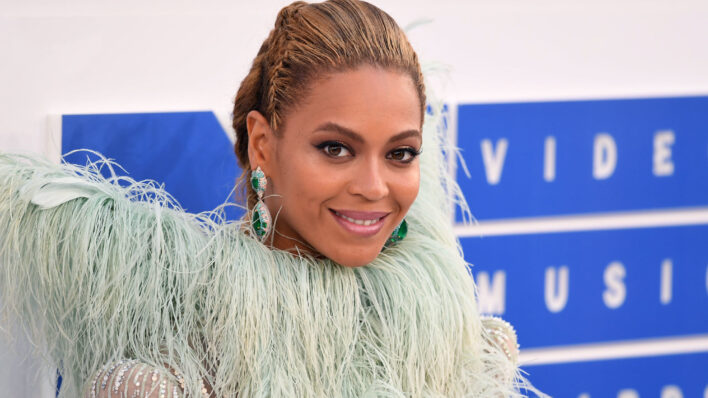 5 Daily Habits to Steal from Beyonce, Including Her Powerful Trick for Loving Her Flaws

As a digital nomad and journalist, I travel the world while logging around 70 articles a month. To effectively manage a
By Lindsay Tigar    December 5, 2018 You’ve likely never met Beyonce (unless you’re #blessed)—but do you call her Bey? As a feminist, an icon, a mother, a woman and all-around powerhouse, there’s a reason she’s considered one of the most influential entertainers and producers on the planet.

After a childhood in Houston, Texas, she found fame as one-fourth of the R&B group Destiny’s Child, which became one of the best-selling girl groups of all time. Eventually, Beyonce went out on her own, gaining international recognition and acclaim with Billboard Hot 100 number one singles, ‘Crazy in Love’ and ‘Baby Boy.’ From there, the good times kept rolling: selling more than 100 million records worldwide, marrying Jay-Z and building an empire together, as well as becoming an outspoken mom of three.

She’s made history more than once, becoming the most-nominated female for the Grammy Awards and winning 22 of her own. She’s also the most awarded star MTV Video Music Awards, bringing home 24. It doesn’t stop there either: she’s the Top Certified Artist in America and the Top Female Artist in the 2000s, and the Top Radio Songs Artist. Did we mention she’s the highest-paid black musician in history, with an estimated net worth of $350 million? And the ninth most-followed person on Instagram?

Whew—are you tired just thinking of all that fierceness? Take a deep breath and suck it up, since you can channel your inner Bey by mimicking her rules for life:

She embraces her flaws.

It might be difficult to believe Beyonce has flaws. That’s why it’s humbling to learn she not only talks about them, but embraces them and makes them human. Especially after she became a mom, Beyonce shared how difficult it was to let go of outside perceptions impacting her sense of self and body image. “I put pressure on myself to lose all the baby weight in three months, and scheduled a small tour to assure I would do it. Looking back, that was crazy. I was still breastfeeding when I performed the Revel shows in Atlantic City in 2012. After the twins, I approached things very differently,” she explained.

After having her daughter Blue, Beyonce announced her twin pregnancy (via Insta, of course) and the world rejoiced. But on the day she gave birth to Rumi and Sir? Beyonce shared she was 218 pounds, swollen from toxemia and had been on bed rest for more than a month. She revealed the c-section took a toll on her, and this is when she applied the lesson from her previous post-natal experience.

“During my recovery, I gave myself self-love and self-care, and I embraced being curvier. I accepted what my body wanted to be,” she shared. “I think it’s important for women and men to see and appreciate the beauty in their natural bodies…To this day my arms, shoulders, breasts, and thighs are fuller. I have a little mommy pouch, and I’m in no rush to get rid of it. I think it’s real. Whenever I’m ready to get a six-pack, I will go into beast zone and work my ass off until I have it. But right now, my little FUPA and I feel like we are meant to be.”

She lives a private life.

Even so-called ‘B-level’ celebrities find themselves being chased by paparazzi and struggling to keep any area of their life intimate. So when you’re Beyonce, the quest after privacy isn’t exactly easy and requires steadfast dedication.

Generally, Beyonce only gets personal with her music, and lets her home life remain private. This is an intentional choice, as she explained to Oprah: “There are still things that I still don’t feel comfortable talking about or tweeting about… I think for me, it’s so much fun for me to tell my stories through photography so that’s what I chose to do.”

The need to keep certain details close to your heart and your helm is a relatable experience, even if you don’t have millions of followers glued to your every last move. When you share anything publicly, you open yourself to criticism, whether warranted or not. Beyonce believes this takes away the innate human element of our lives, and science backs her up. “I think people are so brainwashed. You get up in the morning, you click on the computer, you see all these pictures, and all you think of is the picture and the image that you see all day, every day. You don’t see the human form,” she explained in her infamous HBO documentary. “… You didn’t get brainwashed by her day-to-day life, like what her child is wearing or who she’s dating, and all the things that really, it’s not your business. It shouldn’t influence the way you listen to the voice and the art, but it does.”

She strives to be a role model.

In an interview with Oprah, Beyonce used six words that would resonate with mothers everywhere: “My daughter introduced me to myself.” Since becoming a mom, Beyonce’s children have been at the forefront of her priorities—often spotted on her Instagram and on vacations around the world. While she doesn’t go into too many details during interviews, Beyonce has been vocal in her own writing and documentaries about the responsibility she feels to be a role model for her children. Especially so, her daughters.

My daughter introduced me to myself.

“As the mother of two girls, it’s important to me that they see themselves too—in books, films, and on runways. It’s important to me that they see themselves as CEOs, as bosses, and that they know they can write the script for their own lives—that they can speak their minds and they have no ceiling,” she explained. “They don’t have to be a certain type or fit into a specific category. They don’t have to be politically correct, as long as they’re authentic, respectful, compassionate, and empathetic. They can explore any religion, fall in love with any race, and love who they want to love.”

Beyond the obvious benefits of parenting healthy, smart and bright children, becoming a role model and mentor helps to ignite confidence and compassion—two undeniable skills in work, life and love.

She leans on other women, personally and professionally.

Who run the world? Girls, says Beyonce. This worldwide anthem spoke directly to her personal politics and lifestyle, since she surrounds herself with strong women in every aspect of her life. “I have been around the world, I’ve seen so many things. I love my husband but there’s nothing like a conversation with a woman that understands you. I grow so much from those conversations. I need my sisters,” she shared in her HBO documentary.

I have been around the world, I’ve seen so many things. I love my husband but there’s nothing like a conversation with a woman that understands you. I grow so much from those conversations.

Having a support system is one of the most fundamental and important aspect of anyone’s well-being, whether they are male or female. Women especially tend to collaborate and lean on one another, rising one another up instead of competing against each other.

She’ll never forget where she started.

No matter how far and wide you roam, as the saying goes, there’s no place like home. Beyonce may be a multi-millionaire (and be married to one), but her Texan roots are said to keep her humble and grateful. “You look in the audience and you see this little girl that was me when I was looking at Michael or Janet or Tina Turner, and there’s no way I’m not going to give 100 percent because I remember that girl; I’m still that girl,” she shared in her HBO documentary.

Exercising a mentality toward gratitude and kindness, propelling others who want to follow in your footsteps is a healthy and beneficial practice for all. And it can help to tame any of the rumors that Beyonce is quite the queen. She might be sometimes, but at her core, she wants to help women move forward and shoot big. “I don’t want to be off on my own diva planet. I want to be on Earth. I want to be normal,” she told PARADE. “I think I am past needing celebrity. I don’t want to feel the void I see in a lot of celebrities … the unhappiness underneath the smile.”