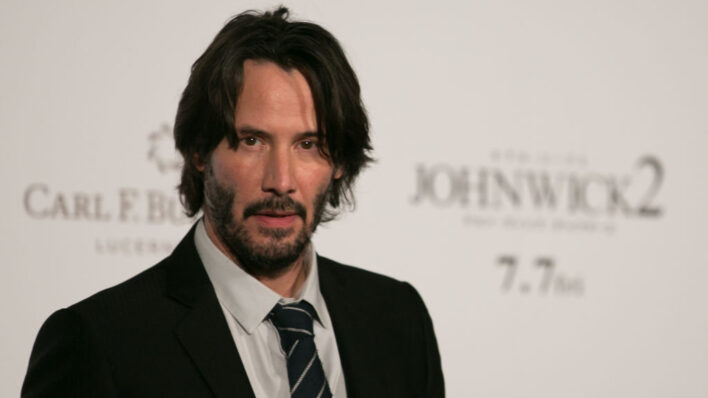 5 Daily Habits to Steal From Keanu Reeves, Including How Tragedy Motivates Him

There’s something about Keanu Reeves, don’t you think? Lovable on camera, no matter what role he’s portraying, he’s been beloved
By Lindsay Tigar    April 29, 2019

There’s something about Keanu Reeves, don’t you think? Lovable on camera, no matter what role he’s portraying, he’s been beloved by men and women since the 1990s.

This actor, director, producer, and musician is best known for his work in The Matrix series, as well as the Bill and Ted franchise and the John Wick series, and thrillers like Point Break, Speed, and The Devil’s Advocate. He’s frequently praised for his versatility and his believability across many genres and sectors.

Surprisingly, this household name has never received a nomination from the Golden Globes or the Academy Awards — but he continues to produce, act and create art in many mediums. With a networth of $360 million, he’s definitely doing something right — and has some habits to match his genius that you can steal:

He gives in return

When you reach a certain level of wealth, like Reeves, there are a few ways you can go about finances. While some invest in their future or in the generations behind them to come, others try and give strangers or charity a helping hand. Reeves chooses the latter, spreading his wealth whenever possible — even at a hotel, according to an interview with Rolling Stone.

The humble star is frequently seen riding the subway in New York and is known to make his charitable donations through a private charity so as not to call attention to himself. In April 2019, Reeves made headlines for assisting fellow passengers during a grounded flight.

Reeves also made headlines for his approach to his payment for The Matrix sequels: he renegotiated his contract so that crews got a share of his fee — costing him tens of millions. When he performed in The Devil’s Advocate, he took a pay cut so producers could hire Al Pacino.

While having an influx of dough makes it easier to give back, it’s a smart lesson in understanding how much you actually need versus what is killing your joy.

He owns his quietness

Reeves has a reputation of being quiet on set — something many actors have talked about after working with him. Not only is he extremely dedicated, but he tends to keep to himself, improving his craft without the input of others.

Constantine director Francis Lawrence shared with Time his experience working with Reeves: “Do I really know Keanu after working with him? No. I know things about him: he’s hardworking, he’s generous, he’s a sweet, sweet guy. But it’s all just sort of on the surface.”

Even his manager, Erwin Stoff, who has been managing his career since Reeves was 13 years old, describes him as a shy person. He has a way of keeping himself away from other people. You may be like Reeves — more of an introvert, rather than an extrovert. Or you could be the opposite.

Whatever the case, the lesson here is indulging in the quiet and learning how to spend time in your craft by yourself. You never know what wonders you’ll find there.

It’s pretty much a given that to be successful, you have to be able to hold yourself accountable. Reeves is a testament to this truth, considering he’s often labeled as persistent and of course, stubborn.

“It has nothing to do with being lazy or work-shy. It’s a choice. It’s about what level of commitment an actor or an actress is willing to make for a project. Keanu’s all or nothing. He’s willing to give up six months of his time to train for a role. Some people would try and get another film in, or work two. When I first met him he’d had surgery and he was doing kung-fu in this big, cold warehouse with a neck brace on. I knew he was a serious guy. That set the standard for the rest of our relationship. That YouTube footage is four months’ worth of three-gun training. In a non-movie way, what Keanu is doing in that video is competitively impressive. Real guns, real bullets, hitting real targets. If you told him to go learn how to crochet, he’d go and be an expert in that. That’s just what he’s like,” he told Esquire.

It might sound a bit morbid but the truth is, we’re all going to pass one day. And for Reeves, that is reason enough to live big right now. As he put it in an interview with Men’s Journal: “You’re gonna die — make stuff.”

Reeves has seen more than his fair share of personal loss in his life, including his girlfriend and their baby two decades ago. It took Reeves a while to understand that like everyone else, he’s aging — and if he wants to “keep on, keepin’ on,” he has to push forward, no matter what. “I’m all of the clichés, and it’s embarrassing. It’s all of them. It’s just, ‘Oh my God. OK. Where did the time go? How come things are changing? How much time do I have left? What didn’t I do?’” he told Esquire.

He always fights for his career

One of the most important career lessons to remember is the importance of being your own biggest fan. Since ultimately, you’re responsible for yourself, this is a powerful mantra to have — and one that Reeves embodies. He’s had plenty of disappointments, but he stands up for what he knows he deserves.