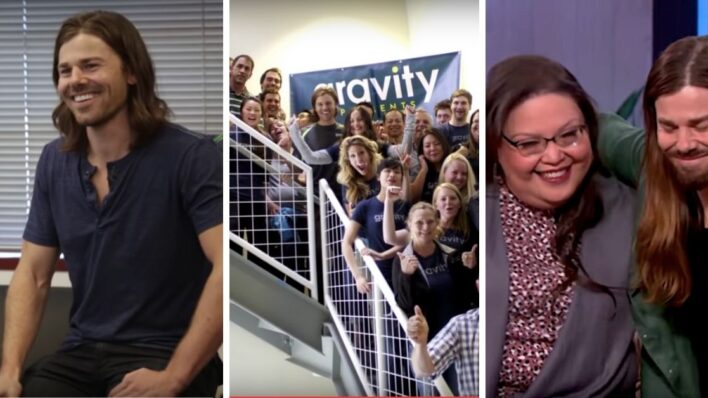 After a conversation with one of his employees, Dan Price decided to make a radical change: have the starting salary be $70 000 for all employees.
By Aly Walansky    February 28, 2020

After a conversation with one of his employees, Dan Price decided to make a radical change: have the starting salary be $70 000 for all employees.

It’s hard for a lot of people to get by. Many have to work two jobs to make ends meet. When this millionaire boss was confronted with the reality of some people’s lives, he immediately decided to take action.

The minimum wage laws are a big part of it, and Dan Price recently caused a media firestorm after he established a $70,000 minimum wage at his Seattle company, Gravity Payments….and the experiment that really paid off.

Dan’s family struggled financially. When he was a teenager, he started Gravity Payments, which offers credit card processing and financial services. By the age of 31, Dan was already a millionaire. His company was worth millions of dollar and he had been making personal earnings of $1.1 million per year.

What moved him to make this change?

It all started in 2011 when Jason Haley, a phone tech earning about $35,000 a year at Gravity, was feeling stressed out. Dan Price, who has always been attentive to his employees noticed his trouble.

“Seems like something’s bothering you,” he said. “What’s on your mind?”

“You’re ripping me off,” Haley told him.

Dan was shocked at the outburst.

“Your pay is based on market rates,” Dan told his employee. “If you have different data, please let me know. I have no intention of ripping you off.”

“The data doesn’t matter”, Haley responded. “I know your intentions are bad. You brag about how financially disciplined you are, but that just translates into me not making enough money to lead a decent life.”

He had always prided himself on treating employees well at Gravity,  and he was shocked to learn he wasn’t.

But instead of feeling bad, he took action

Dan ultimately decided that his employee was right. He thought about it for a while and came to a radical decision. “I was so scarred by the recession that I was proactively, and proudly, hurting my staff,” he says.

Most people live paycheck to paycheck. So how come I need 10 years of living expenses and you don’t?

That’s when Dan started to fight income inequality, and change how he did business. For the next three years, he handed out 20 percent annual raises.

But it all came to an ultimate decision this year, when he resolved that he will phase in a minimum wage of $70,000 at Gravity. In order to do so, he immediately cut down his own salary from $1.1 million to $70,000 to help fund it.

The effect has been life changing for some of his employees, with some of them able to move closer to work, pay for their kids’ schooling and repair their cars.

Even the backlash couldn’t deter him

Price has since moved the dialogue across the landscape of the business world and is getting a lot of attention for it. While his radical decision has brought a lot of backlash–from shareholders, other businesses that feel like the decision made them look bad and even employees who felt slighted that new hires would have such a high salary–he has no plans to back down.

As he told Inc., “he has sold all his stocks, emptied his retirement accounts, and mortgaged his two properties — including a $1.2 million home with a view of Puget Sound — and poured the $3 million he raised into Gravity.”

To Dan, making this decision was a moral imperative.

I want the scorecard we have as business leaders to be not about money, but about purpose, impact, and service. I want those to be the things that we judge ourselves on.

His impact has been wider than his own employees

Dan’s employees returned the favor by surprising him with a Tesla, as a thank you gesture for his radical decision. But his impact has been larger than his employees.

The CEO of PharmaLogics, Megan Driscoll decided to follow his lead by “employees pay by 33 percent – from $37,500 to $50,000 a year,” after having attended one of Dan’s talks. Dan’s story is proof that making a significant change in the world only needs to start with oneself. The rest will follow by example.