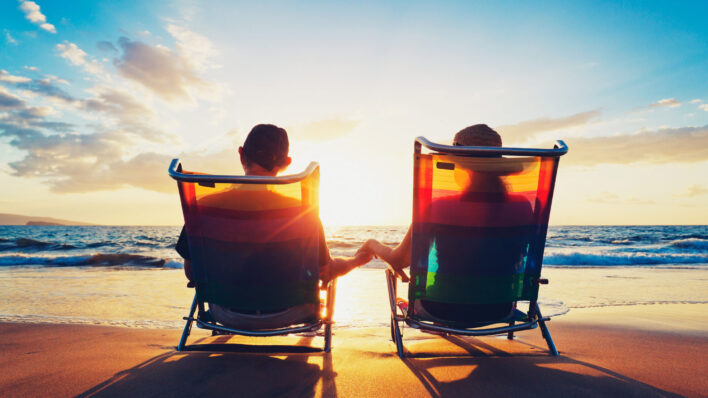 How Death Can Be Life’s Greatest Gift

If you were told that you only had a couple of months, days, or hours left to live, would you regret
By Courtney Kristine    October 18, 2017

If you were told that you only had a couple of months, days, or hours left to live, would you regret

If you were told that you only had a couple of months, days, or hours left to live, would you regret anything? When reflecting on your life, is there anything you would change?

Life is precious, yet temporary. You never know the exact moment when you will die, so you need to live as if you were to die tomorrow. How Death Can Be Life’s Greatest Gift

As you grow older, you’ll find the only things you regret are the things you didn’t do.

In my nursing career, I have met many people who were suffering from a life-threatening illness, and who were soon to meet death. They did not know the exact moment they would die, but they knew their time was short. There was no longer any hope that they would overcome their illness, as it was only a matter of time before their body would fail them.

I could tell that some of these individuals had trouble confronting the idea of death. I could see the pain in their eyes, and could hear the anguish in their voice. These individuals were fearful of what was to come, and were disheartened with their current situation. They were angry with their life and knew that their time was running out.

READ: Gain the Strength to Accept the Things You Cannot Change

Yet on the opposite end of the spectrum, I’ve met individuals who have chosen to face death with bravery and grace. I have been inspired by the way some patients courageously met death with a smile on their face. Even through the pain and suffering, they remained optimistic, and took everything in stride.

What you leave behind

Although everyone deals with death differently, what is universal is the aspect of death. We are all going to die — it’s how we approach the idea of death that distinguishes us.

When you approach the end of your life, which type of person will you be? Will you be the one who looks at your life with displeasure and discontent? Or are you going to be the one who nears death with a smile because you are incredibly grateful for the life you’ve lived?

How will you choose to live?

Having the knowledge that you are going to die is one of the greatest gifts that you have been given. Thinking about your imminent death forces you to reflect on your life and the way that you’ve been living. By doing so, you gain clarity and become empowered to shape your life in the way you choose.

READ: How Writing Your Own Eulogy Can Help You Follow Your Heart and Live Your Best Life

If you are unsatisfied with life, then decide to change it. Is there someone you’ve been meaning to call but you’ve been putting it off? Call them! Have you been dreaming of visiting the south of France but are hesitant to purchase a ticket because you think its too expensive? Save up your money and purchase the ticket! Are you working in a spirit-sucking job that you hate and are only staying because you think you have no other option? Do your research and change jobs!

Be the one who strives to take advantage of the time they have by choosing to live life to the fullest. Stop procrastinating on your to-do lists and putting things off for “some other time.” Be grateful for what you do have, and stop wasting time being ungrateful for what you don’t. Don’t finally knock on death’s door with unfulfilled wishes and dreams, so start making the steps to ensure that doesn’t happen.

Courtney Kristine is a Registered Nurse, health educator, and the founder of The Wellness Hive. She is passionate about preventative health and wellness, and educating clients on how they can implement healthy change. Through The Wellness Hive, Courtney hopes to inspire people to WELL-TH up their life by educating them on how to live well.