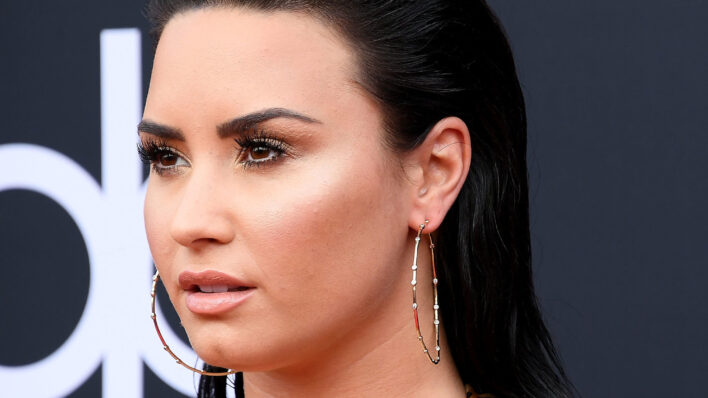 Demi Lovato Gets Real About Relapsing After 6 Years of Sobriety, Fans Show Outpouring of Support

When fighting an addiction, people don’t speak in terms of cures or an addiction being “gone” – they say recovery

When fighting an addiction, people don’t speak in terms of cures or an addiction being “gone” – they say recovery

When fighting an addiction, people don’t speak in terms of cures or an addiction being “gone” – they say recovery is a forever process that you take one day at a time.

If you are a celebrity, this is no different – except your struggle becomes a lot more public. Demi Lovato recently released the song“Sober”, revealing she’d relapsed after six years of sobriety, and broke down in tears while performing the song a few days after her revelation. The crowd demonstrated a heartwarming outpouring of support, chanting “We love you, we love you” at the end of the touching performance.

Lovato shared her feelings in a tweet : “Tonight I took the stage, a new person with a new life,” she wrote. “Thank you to everyone who has supported me throughout this journey. It will never be forgotten.”

Tonight I took the stage, a new person with a new life. Thank you to everyone who has supported me throughout this journey. It will never be forgotten ❤️ @rockinriolisboa pic.twitter.com/cv51ssaqu4

The outpouring of love continued on Twitter, with fans using the #WeAreStillHereDemi hashtag to show their support.

Thanks to you for being honest. For being human and just as you are. We love you no matter what. Thanks for bringing us #Sober for the first time ever in Lisbon. We’ll never forget this incredible night with your music and your enormous heart. THANKS FOR EXISTING.

I have been thing about this line where she says I wanna be a role model in my eyes you still are! You are even more so by being honest, humans have there ups and downs! I thank you for this! I will always be here and always stand by you! I ❤ U!!! #sober

Sober includes lyrics such as: “And I’m sorry for the fans I lost / Who watched me fall again / I want to be a role model, but I’m only human.”

“There’s nothing like the truth. The honest to God, uncomfortable and shocking truth. Sometimes you have to share your story in the most honest way possible… for me that’s through music,” she tweeted in May.

“Sometimes you have to end an era to begin talking about a new chapter of your life … I feel like I’ve grown more in the past two months than I have in years. I feel like a new woman and I’m so grateful for my life today.”

Lovato, who is again in recovery, has gone through a lot of changes of late, having even changed management and PR companies. We wish her the very best, and we’re so grateful she’s being open and honest about her ongoing struggle – there’s many people out there she may end up helping with their own.