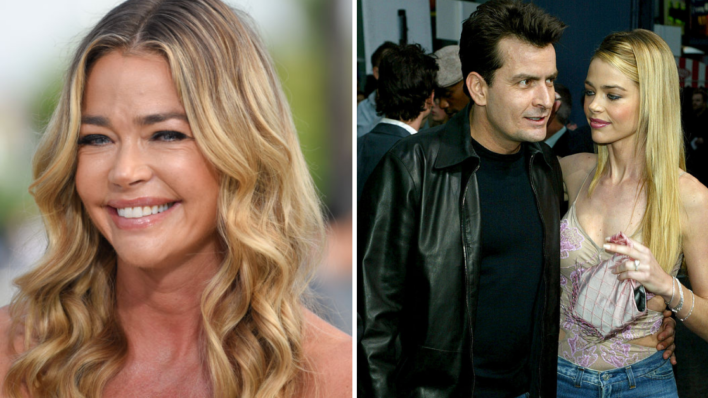 How Denise Richards Survived Her Toxic Divorce From Charlie Sheen

It was a split so nuclear it cracked lists of the messiest celebrity divorces of all time. Many associate Denise
By Bryan Liquor    December 18, 2020

It was a split so nuclear it cracked lists of the messiest celebrity divorces of all time. Many associate Denise Richard’s divorce from Charlie Sheen in the early ’00’s with #Tigerblood, dentist attacks, fake weddings with adult entertainers or any other of Sheen’s antics during that time.

While some call it good entertainment, Richards calls it an unintended nightmare that she’s just beginning to wake up from.

In a recent interview with People, Richards talks about the toll it’s taken on her as well as fears of how it will impact her daughters.

Her post-divorce struggle is ongoing, yet her shift in mindset over time has helped her weather the storm.

Richards met Sheen on set in ’00. When the two worked together again the following year on Sheen’s sitcom, they bonded, and, the next year, they got married.

That’s because Sheen was in the midst of a drug and alcohol relapse, a period Richards called “a very dark time, very toxic”.

As the situation worsened, Richards — six months pregnant at the time — filed for a divorce, barely three years into the marriage. It became so dangerous that she filed for a restraining order against Sheen for alleged death threats.

It might seem naive now, but at the time Richards truly believed that her personal life would remain just that, personal. She quickly found out how public personal got.

It’s not something you can really prepare someone for

Curt papers turned into headlines and not much was kept behind closed doors.

Even Richards’ Nanny Diana Alvarez chimed, shared details about Sheen yelling and routinely cursing in front of the children.

The leaked documents prompted Sheen to fire back and say Richards “behaves as though she OWNS our children”, promising that a “day of legal reckoning for her was fast approaching.”

It caught everyone — Richards, Sheen, lawyers, family, friends — in a continuous gossip mill and wore down Richards.

I didn’t understand it at that time because I thought, ‘How come? That’s my private life. It shouldn’t affect my work.’ But it did

Richards calls the period after her split with Sheen one of the hardest of her life. Although she’s a professional, she’s also human.

She said that working while every intimate detail around her divorce was made public was a “hard thing for me to go through and deal with.”

The rumor mill followed her even in her new life with wellness practitioner Aaron Phypers, who she married in 2018.

Reports popped up earlier this year that they were headed towards a divorce amidst rumors that Richards cheated on him with fellow Real Housewives of Beverly Hills star Brandi Glanville, which came from Glanville herself. Richards denies it all.

With her entire life — the good, bad, ugly and untrue — public record, Richards worries for her girls Sam and Lola, who are all grown up and can easily read all the gossip.

My older daughters, they’re teenagers now and I can’t keep stuff away from them at all. They will hear everything. I miss the time when I was able to shelter them from the negative publicity around our family quite frankly

Over time, Richards has learned to block out the noise and enjoy life, and there’s plenty to enjoy.

Despite the rumors, she remains married to Phypers, with whom she’s adopted nine-year-old Eloise, their third daughter.

Richard is also grateful to be working — on CBS’s The Bold and Beautiful — at a time when so many artists are out of work due to COVID. Also, in an example of art imitating life, Phypers stands in during love scenes with Richards in order to meet on-set COVID safety standards.

Focus on what you can control

Although things are often rocky, Richards has even kept a positive outlook on ex-husband Sheen.

No matter what happens, Charlie can call me at any point. I don’t see our relationship as a failure. It’s a journey. It went a different way than we anticipated, but that’s okay. And I will always be a good friend to him.

There is often little to prepare someone for their greatest struggles becoming a public spectacle, even if they are used to the limelight.

As Richards has shown, it’s difficult to just get into character and push forward. Her story shows that celebrities aren’t immune to gossip.

It’s taken time, but at age 49, Richards has realized that others will talk, private can become public, and dreams can deflate.

However, by focusing on the now and looking more kindly on the past, she can move forward confidently. With that mindset, we all can.

Going through everything, it changed me. But I love life and I’m a glass-half-full kind of person. And I did my best to rise above