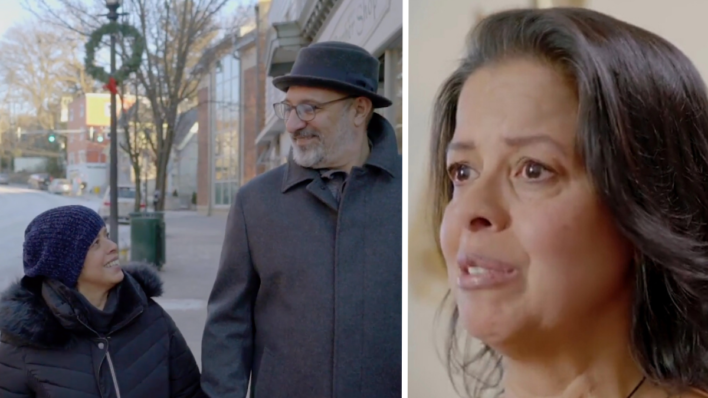 Father Forbids Man From Marrying A Single Latina Mom – Then, The Son Made A Shocking Decision

Flanked by racism from all directions, one couple drew on their love to turn them all into believers.
By Bryan Liquor    February 14, 2022

Flanked by racism from all directions, one couple drew on their love to turn them all into believers.

For Dianne, being a single working mom while going to school was already a tough task. However, as a Latina woman growing up in the 60s and 70s, she also had to contend with ruthless racism.

Because of this, finding love wasn’t high on Dianne’s list. Yet, love found her, and his name was Danny Lapriore.

Recalling their first meeting during an episode of Yahoo’s ‘Real Life Love‘ series, Dianne said that there was an instant spark.

“Even though we were very different, we connected immediately,” she said. “I knew that he was good for me and I was good for him.”

When asked about Dianne, Danny lit up like a lamp.

I saw in Dianne this amazing ability to overcome situations that she was in, and I think it was becoming obvious to me how strong she was as a human. Dianne taught me to be a man.

The two were inseparable and got married within a year and a half of first meeting in 1978. However, to Danny’s shock, his family disapproved of Dianne because of her race. The worst of it came from Danny’s father.

In my family, I never heard anything racist until I brought home a girl that was dark-skinned and my father said to me, ‘If you marry someone outside the family, you’re dead.’

Despite his father’s threats, Danny stood firm and put his love for his wife ahead of his family’s ignorance.

While standing up for Dianne was the right thing to do, the decision wasn’t easy.

“I can’t describe how devastating it is to have the people you love the most reject you because you love someone else,” Danny said.

Fortunately, love won, and Danny’s family eventually accepted the couple- including his father. An emotional Dianne recalled when the patriarch approached her to make amends. “His father would later say to me: ‘I know I’m a stupid man, and I hope you can forgive me,’ and I said ‘Yes, of course.'”

In hindsight, Danny thinks that their love was too real to be denied (Read more relationship quotes here).

“I don’t think they could accept who we were until they saw evidence of who we were,” Danny explained.

Their love still burns strong. Now with 5 children, they seek to share the same values of love, resilience, and acceptance in them.

As for future plans? Danny’s not sure, but he’s certain of who he wants by his side.

I’m looking forward to the rest of our lives working with people, caring about people, traveling together, reading together, learning together.

There’s so much about this couple that amazes me.

How did Danny endure the pain and pressure from his family for years and stay strong? How did Dianne endure the pain and guilt she went through, feeling like she was the cause for all the turmoil, carrying herself with class and dignity despite it all?

The answer: Their unconditional love kept them focused through the odds.

In many ways, love is just like a compass: Some- like Danny’s father- might get lost along the way, but in the end, they too will find true north.

They just need a little evidence.

TRUE LOVE ALWAYS FIND ITS WAY
“When you love someone, it’s worth fighting for, no matter what the odds.” – Unknown
Tags
Share
← Prev Post Next Post →