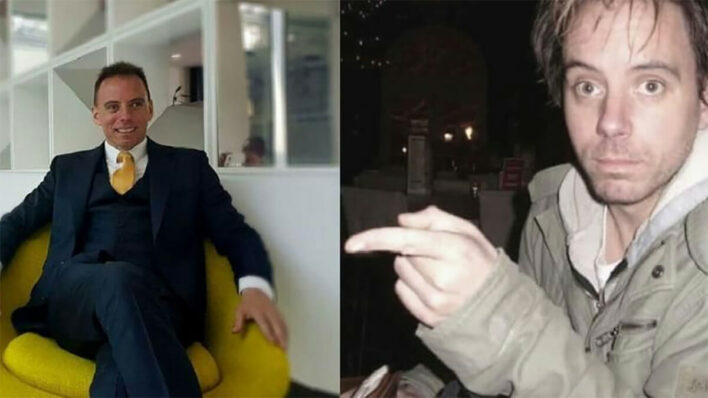 A Few Years Ago, He Lived In A Cardboard Box – Now He’s A CEO Who Hires The Homeless

Drew Goodall has a great life making over $250k per year of profit from his  Sunshine Shoeshine company. Not that long
By Aly Walansky    January 25, 2021

Drew Goodall has a great life making over $250k per year of profit from his  Sunshine Shoeshine company. Not that long

Drew Goodall has a great life making over $250k per year of profit from his  Sunshine Shoeshine company. Not that long ago, his life was very different – he was living on the streets, and hope was hard to come by.

Profit with a purpose

Now, he’s living well and paying it forward: His company makes a point of hiring the homeless as well as those with special needs.

“There is no magic button for homelessness. It’s something that will always be there … (but) just giving someone some time, talking to them, that goes a long way to finding a solution to homelessness.”

Goodall’s life has been one of ups and downs. In his twenties, he acted in some major movies, such as Snatch and About a Boy. The work eventually stopped coming in, and Goodall ran out of money. He could have moved in with his parents – but then he would have felt like he had failed.

So, when he was evicted from his own home, he ended up living on the streets of London.

“I didn’t want to face my parents. When I left home I was the big hope. I couldn’t face the ignominy of having to go back with my tail between my legs,”

Stuck in a cycle of begging for food and sleeping in a cardboard box, Goodall did everything he could to earn an honest living – starting with polishing and shining people’s shoes.

This went on for a few months before Drew had a big break – one of his regular customers offered to let him set up a small shop inside the lobby of his office. This helped Drew to make a more steady income – and got him off the streets.

As business continued to improve, he expanded to create Sunshine Shoeshine, which had locations in offices across London and employed dozens, almost all of whom had been homeless or have special needs.

Drew donates much of his personal salary to charity because he will always remember where he came from. He also recognizes that help from others got him to where he is today.

Success may be right around the corner, and sometimes it’s just a matter of the right people crossing paths at the right time — how wonderful this all turned out for Drew — and what an amazing job he’s doing to pay it forward now.