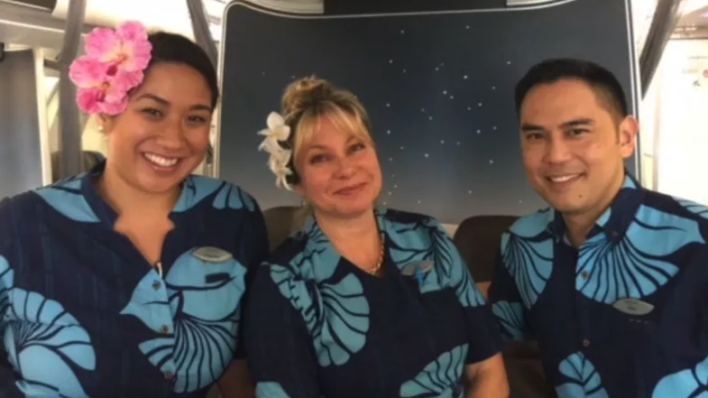 The world can be a dark and dangerous place, but selflessness has the power to prevail in the most heartbreaking
By Aly Walansky    July 27, 2018

The world can be a dark and dangerous place, but selflessness has the power to prevail in the most heartbreaking

Human trafficking is a tremendous problem in the world today, so much so that flight attendants sometimes find themselves on the front lines trying to save people from this terrible fate.

Wes Hirata noticed an older man boarding the flight with three girls and it didn’t seem right to him. He told his fellow flight attendants, who looked into the situation and discovered one of the girls was underaged – and that all three of them had the same last name listed on the manifest.

The flight attendants told the captain, who notified the operations center and security, and officers were waiting to greet the flight when it arrived in Honolulu.

The man suspected of human trafficking is now under investigation by the FBI.

Mr Hirata told Yahoo that anyone who encountered such situations should trust their instincts. “Trust your gut and prior experience [and] report the situation without alarming or confronting the passengers in a suspicious manner,” he said.

Let this be an important reminder to always follow your instincts. If something feels off or wrong, it just may be.

This isn’t the first time an incident like this has occurred. Last year, on an Alaska Airlines flight from Seattle to San Francisco, a flight attendant also stepped in and ended up saving a teenage girl from human trafficking.