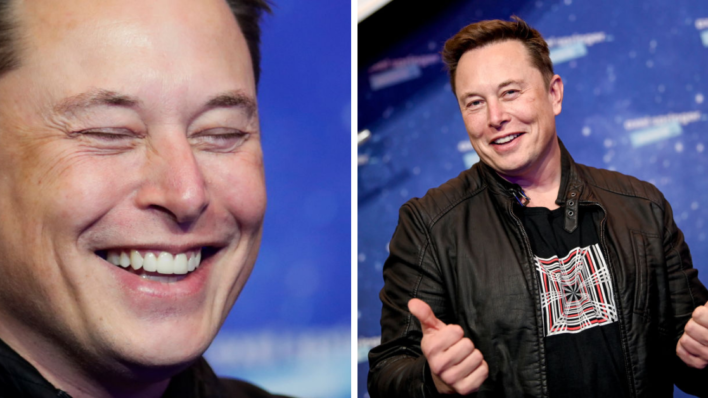 The CEO and founder of Tesla had a brief stint as the world’s richest man last week, but Elon Musk
By Joel Balsam    January 13, 2021

The CEO and founder of Tesla had a brief stint as the world’s richest man last week, but Elon Musk doesn’t plan to stay there.

His reaction was to give the money away

Last week, Tesla’s stocked spiked, briefly making its founder, Elon Musk, the world’s richest man. In fact, he was the richest person to ever live as his net worth surpassed the illustrious $200 billion mark (he made it to $209.3B), according to Bloomberg.

But when Musk first heard about the achievement, he quickly brushed it off.

“How strange,” he wrote on Twitter. “Well, back to work.”

Later that day, Musk asked his followers how they think he should give it away.

His plans are out of this world

Fellow billionaires like current richest man Jeff Bezos (Musk has dropped to second, according to Forbes) are frequently criticized for not giving away enough money to philanthropy — and Musk isn’t any better. In fact, if Musk gave away as much money as Bill Gates does he wouldn’t have even been in that position.

Musk has signed The Giving Pledge, a vow by some of the world’s richest people to give away more money, but he hasn’t actually donated that much. He gave $257 million to the Musk Foundation in 2016 — equivalent to about 0.1% of his net worth last week — though little of that total actually made its way to charities.

But Musk could be planning to save his money for something big in the future.

In an interview with German publisher Axel Springer last month, Musk said he’s planning to spend a lot of his money on setting up a human settlement on another planet.

“It’s going to take a lot of resources to build a city on Mars,” Musk said. “I want to be able to contribute as much as possible.”

Striving to do more

Musk can — and should — give more.

He’s right that it isn’t as simple as opening his bank account to solve world hunger or climate change, but billionaire Mackenzie Scott proves that it’s possible to do more, now. She’s shown that billionaires can quickly and scrupulously choose charities or programs that are doing good work and eliminate the rest.

Obviously it would be great if Musk helps humanity escape climate change and set up new communities on Mars, but he could certainly do more to help humanity today. Hopefully, Musk’s recent post about giving away his money is a sign that he will.