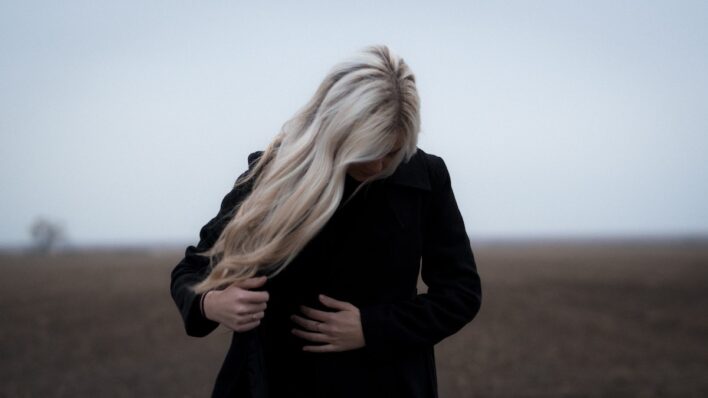 Emotional abuse is subtle, often develops over long periods of time, and can be hard to detect for its victims. What are the signs to look out for?
By Ricky Derisz    April 28, 2021

Emotional abuse is subtle, often develops over long periods of time, and can be hard to detect for its victims. What are the signs to look out for?

Emotional abuse doesn’t have to be accompanied by physical violence to “count” as abuse. Any type of relationship can be emotionally abusive, including family, friends, or work colleagues, although it’s particularly common between romantic partners. So much so, intimate partner violence (IPV) is viewed as a human rights violation and public health issue across the world. Disturbingly, half of Americans report emotional abuse in their relationships.

There’s a lot of advice floating around the internet on emotional abuse. For a deeper understanding, this article will offer an in-depth and nuanced exploration. We’ll cover the spectrum of healthy and unhealthy relationships, and explain the difference between “good” conflict and emotional abuse.

Emotional abuse is subtle, often develops over long periods of time, and can be hard to detect for its victims. What are the signs to look out for? What behaviours have to be changed, but don’t necessarily mean the end of the relationship? What do you do to heal from an abusive relationship? Let’s dive in.

What is the definition of emotional abuse?

Emotional abuse is defined as: “any nonphysical behaviour or attitude that is designed to control, subdue, punish, or isolate another person through the use of humiliation or fear.” Identifying if a relationship is emotionally abusive isn’t always straightforward. There is a wide spectrum of unhealthy behaviour, some of which is normalized by stereotypes or popular culture.

Popular “love songs” hint at obsession, possession, and jealousy. And studies have shown that Hollywood romcoms, such as Love Actually, normalize the “stalker myth,” where a male protagonist relentlessly pursues a female lead (despite rejections) and ends up in a relationship with them. That’s not to mention the high number of unhealthy relationships seen on-screen — think Allie and Noah in The Notebook, or Ross and Rachel in Friends.

Traditional views of abuse portray men as the main culprits due to patriarchal structures. While stereotypes and cultural norms do lead to damaging behaviour from men, the balance between genders has been widely debated. Studies indicate possible increasing rates of abuse towards men, with decreasing rates towards women.

Some emotional abuse is obvious — such as name-calling, threatening language, or insults. Additionally, “covert” emotional abuse is difficult to detect due to the abuser’s deceitful and manipulative behaviour. This type of psychological abuse causes doubt in the victim, making them question if they’re making stuff up, if the abuse is their fault, or if they’re being overly sensitive or “crazy.” Gaslighting is a type of covert emotional abuse.

In the U.S, emotional abuse isn’t recognized by law, unlike physical or sexual violence, despite evidence that damage caused towards victims is equal. This could change in the future. For example, the U.K. introduced a domestic violence law in 2015 that made emotional abuse illegal.

Perhaps you’re concerned your relationship is abusive after an upsetting argument. Conflict is inevitable in intimate relationships. Or as licensed marriage and family therapist Kiaundra Jackson told Oprah: “If a couple told me they never fight, then I would be worried.” On the contrary, actively avoiding conflict could be damaging to a relationship. But how do you distinguish between emotional abuse and healthy conflict?

The type of conflict and how it unfolds is significant. For example, it’s normal for emotions to take control in certain situations, and sometimes, we might end up saying something we regret. If the conflict becomes hurtful, accusatory, threatening, or aggressive, it moves into the territory of unhealthy, or even abusive. If this is frequent, it’s a big red flag.

Amanda Ripley, author of High Conflict: Why We Get Trapped—and How We Get Out, identifies two types of conflict: high conflict and good conflict. The former is an us vs. them approach, full of unaddressed grievance, polarized thinking, superiority, judgment, and reactivity. Good conflict, however, “can be stressful and heated, but it doesn’t collapse into caricature.” It’s catalytic and supports a deeper understanding between both sides.

Most of us clash the most with people we’re closest to. Research has shown, however, that conflict is healthy in relationships. Rather than superficial harmony, conflict can reveal core issues that, when resolved, improve the overall quality of the relationship. So it’s important to keep in mind, when two people clash, or argue, it’s not always a bad thing or something to avoid.

Am I in an abusive relationship?

An unhealthy relationship is a balance of power, with dishonesty, mistrust, and most time spent together. If communication is hurtful, threatening, controlling, or isolates you from friends and family, this is a sign of an abusive relationship. Emotional abuse is about power and control. There are consistent patterns or cycles of behaviour (where the abuse stops and starts). To be clear, no abusive behaviour has to be tolerated.

How to deal with emotional abuse

If you’ve detected unhealthy or abusive patterns of behaviour in your relationship, the next step is to consider how to deal with emotional abuse. If it feels safe to do so, although challenging, it’s essential to initiate a conversation about the person’s behaviour. When communicating, keep these things in mind:

If opening a conversation leads to no further understanding or is met with disinterest, that alone is a warning sign. A big giveaway someone is emotionally abusive is a lack of responsibility. Most abusers, when questioned or challenged, will be defensive. They’ll likely dismiss, minimize, deflect, or even shift blame and make themselves the victim.

Regardless of abuse, loving relationships are built on mutual respect, trust, and kindness. Everyone makes mistakes. Sometimes emotions take control. But, if someone’s behavior is hurtful and you share this, is a dismissal or lack of willingness to understand an indicator of the above qualities? Sure, it’s difficult to hear a loved one share that certain behaviors are hurtful, abusive, or damaging. But wouldn’t a loving partner listen, and do what they could to help?

It’s important to note, when the emotional abuse is repeated, serious, or malicious, confronting them directly isn’t the best option. In these instances, talk to someone you know and trust, and begin working through an exit plan. It might not be as simple as leaving the relationship immediately, especially if you live together or if children are involved. Ending the relationship may be gradual and require a support network to make sure it’s done in the safest way possible.

Covert emotional abuse and sharing with others

There is an extra layer of complexity with talking to others. Due to the levels of deception that can be involved in emotional abuse, victims often feel as if they’re “crazy.” This makes reaching out for support even more challenging. The M3ND Project pays particular attention to the risk of victims not being believed when sharing accounts of abuse, which they refer to as double abuse. They write:

When a person experiencing emotionally abusive behaviours from our list above seeks out help from someone unaware or uneducated about Covert Emotional Abuse, they may be met with judgment, skepticism, and incorrect counsel. These kinds of responses only exacerbate the victim’s abuse and result in a second trauma that is equally painful and often harder to heal from.

When reaching out, keep in mind that a skeptical or judgemental response, if received, doesn’t reflect on you. Trust your intuition and find someone who is willing to listen openly, whether that’s a close friend, family member, or professional.

How to heal from emotional abuse

In The Four Agreements, Don Miguel Ruiz notes the second agreement as: don’t take anything personally. This might seem like a crude introduction for ways to heal from emotional abuse.  But often abusers will say or imply abuse is the victim’s fault. As a result, self-blame is a strong mechanism.

Once abuse has been acknowledged, or the relationship has ended, the healing begins. There is no step-by-step guide for healing from emotional abuse. The process of healing is personal, takes time, trial and error, and requires patience. Over time, you’ll learn to develop trust, let down your guard, and develop self-worth. Other steps to heal include:

Ruiz’s advice is a reminder that nothing is personal. The responsibility of abusive behaviour lies with the abuser, and their inability to treat someone with respect. Emotional abuse is particularly destructive, and part of the difficulty in discerning what behaviour is abusive, and whether or not a relationship has to end. Hopefully, having read this article, things are a little clearer.

Facing up to these questions is tough, especially if the abuse is from someone you care for or love. The journey of acceptance and healing takes great courage. But even approaching articles such as these, with the intention to understand, change, or speak out, is a step in the right direction. So keep going, one step at a time. 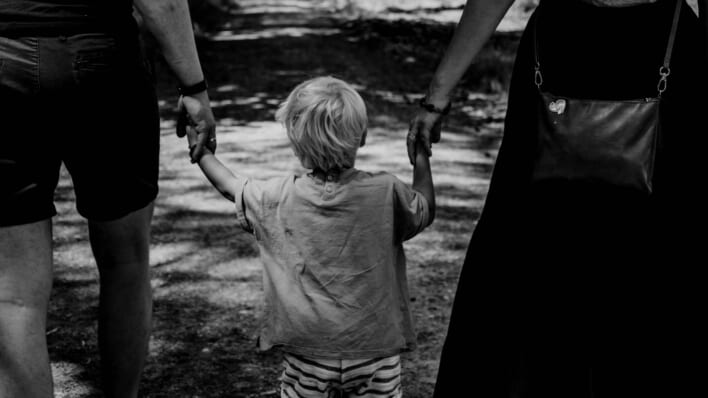 What is Separation Anxiety? Here’s What You Need to Know 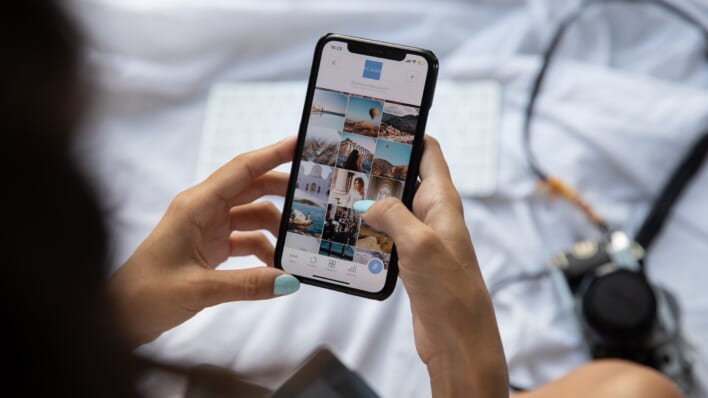 What Is BeReal – And Is the ‘Authenticity-Focused’ Social Media App Really Healthier Than Instagram?