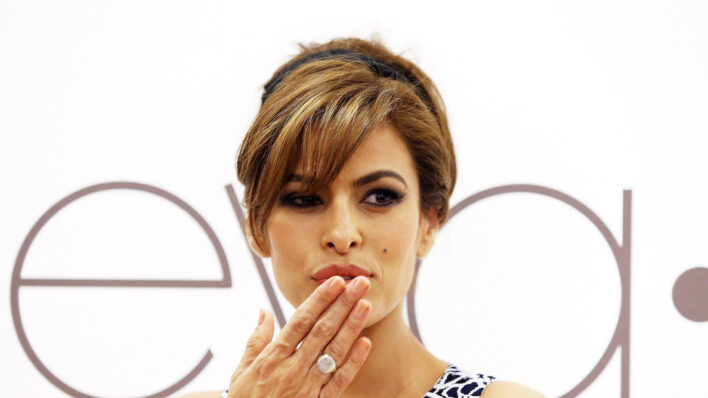 What Drove Eva Mendes To Leave Hollywood Behind?

Eva Mendes was once one of Hollywood’s most glamorous leading ladies, until she disappeared. Here’s what she has to say about her absence.

Eva Mendes was once one of Hollywood’s most glamorous leading ladies, until she disappeared. Here’s what she has to say about her absence.

Eva Mendes was once seen as one of Hollywood’s most charming and glamorous leading actresses, but in recent years, her celebrity has been reduced to nothing but “Ryan Gosling’s baby mama.”

It’s unfortunate to see how the public is so quick to change its perception of famous figures. But such is the nature of celebrity culture that if you’re not actively chasing the best roles and working to the bone, then you’re likely an unwilling stay-at-home mama who is longing for a glorious comeback.

Eva Mendes is someone who’s resolutely chosen to step back from the industry and direct her full attention to her family. While most women are not always privileged enough to make such decisions, it’s important to note that Eva’s choice does speak to the expectations placed on “career” women in most fields.

Here’s what Eva has to say about being called a stay-at-home mother and whether she has shut the door on Hollywood for good. Her response underlines how we can’t and shouldn’t put ourselves in boxes.

Eva’s last film Lost River was released in 2014, the same year she gave birth to her first daughter Esmeralda. Two years later, Ryan and Eva welcomed their second daughter, Amada. Though it’s not unusual for celebrities to take time off following the birth of their children, it was becoming increasingly clear that Eva wasn’t planning to come back to the industry anytime soon.

She confirmed the theory in an interview, mentioning that she was proud to have had a long, successful career in which she could take part in so many well-known movies. But at forty, she was proud to step back and invest her time and energy in raising her two young daughters.

I never wanted babies before until I fell in love with Ryan, and it kind of worked out to where I was 40 and having my first baby. I think I was 42 for the second [kid,], so it worked out in that way that I had a career, and then I changed my focus to my family.

She also added that it wasn’t just that she wanted to have a family at that age. She just met Ryan, and her mind changed, and then it became about having his babies specifically. Over the years, she’s said over and over again that she’s happy to stay at home with her daughters and cherish every moment with them as time passes by all too quickly.

In an interview with Kelly Clarkson, Eva explained that parenting is a high-stakes operation for her in that there are a plethora of ways that parents can endanger their kids’ upbringing. She added that she and Ryan have essentially become “helicopter” parents since that’s what modern parenting necessitates.

I heard of the term helicopter parenting. And I’m like, well, what else are we supposed to do? They’re, like, this big, we have to be on top of them every second…. The stakes are really high.

Eva also doesn’t feel the need to disturb the peace of her domestic life by paying heed to external demands. Recently, she posted a photo of herself on the beach, informing her followers humorously that she hasn’t been on a beach in fifteen years. One Instagram user said, “You need to tell Ryan to get you out more.”

To which Eva replied, “No, thank you, I’m good. Rather be home with my man than anywhere else in the world.”

Though Eva is quite content to have taken the duties of a full-time mom, she doesn’t want to send the wrong message to young women. It’s not an “either/or” situation for women having both careers and families, said Eva. Women can absolutely balance their careers with their families, and it’s ultimately up to the woman in question to make the call and determine how she wants to split her time between the two.

Though Eva is a mom first and foremost, she hasn’t completely stopped working, either. She has a fashion line with New York & Company, and she’s also the creative director for makeup brand CIRCA beauty. Though she describes them as “side hustles,” Eva still tries to commit to these projects whenever she has the time.

Eva freely acknowledges that while she might not be the type of woman who can do it all, she holds a lot of respect for women who can. Instead, she feels a huge debt of gratitude to be in the position she is in that she can spend time with her daughters freely.

I applaud and look up to those women who can do it all, but I’m not one of them. Thankfully, I have a choice not to work and I realize how fortunate I am that it’s even a choice.

However, since the girls are getting older, Eva is realizing her ambition is slowly reemerging. She’s open to the idea of doing more films, but she’s waiting for a project that genuinely grabs her interest. But she also wants to be more selective with her roles now that she’s a mom and that she wants to be in features that her daughters can watch. She’s said that she probably won’t do anything sexual or violent anymore.

But even then, she’s not in a rush. She’s just content to be in the position she’s in and doesn’t want to let what others think of her affect her parenting.

You can balance your life as you see fit

One of the biggest mistakes people have made concerning this Eva Mendes discourse is assuming that parenting itself isn’t a full-time job. A stay-at-home mom isn’t unemployed; she’s working full-time. It’s just not the kind of labor that most people are used to compensating. Nevertheless, the former actress herself rejects any notions that she’s somehow missing out on opportunities by choosing to dedicate her time to raising her daughters. Of course, she’s privileged to make the call in the first place, but her decision to go against the grain speaks to how she’s far from “oppressed” in her day-to-day life.

While we may not all be as fortunate as Eva, we might come across similar choices. So what we have to remember is that women don’t have to pick either A or B. There are twenty-fours in every day, so it’s up to you how you want to spend your time. Most people invariably end up balancing their time as they see fit. Instead of sticking to just one category, you can give your time to both or either. As long as it brings you fulfillment at the end of the day, nothing else matters.