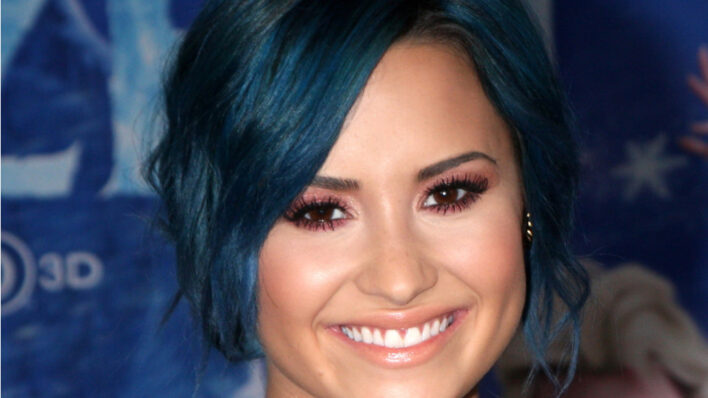 Trigger warning: This article discusses subjects of addiction, eating disorders, self-harm and depression. As social media and news outlets were

As social media and news outlets were rocked by the shocking news of pop icon Demi Lovato’s apparent drug overdose, the outpouring of love, support and most importantly, understanding, shows how attitudes towards addiction and mental health are slowly, but finally changing. As the “Sorry Not Sorry” singer was treated with Naloxone, and emergency drug that blocks the effects of opioids, and rushed to the ER, fans, friends, coworkers and celebrities alike took to social media to express their support and convey their good wishes to the singer and her loved ones.

Like all of you I am reeling at the news about Demi. All of us love her and need to pray for her to get well. She is a fighter. #prayfordemi

With the U.S. in the midst of a drug and overdose epidemic — 64,000 lives were lost to opioids, heroin and fentanyl in 2016 alone, nobody is safe from addiction anymore. Let’s not forget – so many of those struggling and those who have lost the battle started out with a simple prescription from a doctor for pain management.

For others, addiction creeps in as a coping mechanism. They self-medicate to deal with mental health issues, emotional loss, career struggles and a slew of other issues.

This. This is exactly what we all need to do. https://t.co/0Q7b1dnzqR

As for Lovato, the former Disney star has been extremely open about her struggles with drug and alcohol abuse, bulimia, depression and self-harm, something that garnered the 25-year-old a lot of respect and appreciation from fans and celebrities alike.

“One thing I’ll never stop doing is being honest. That’s the best I can do,” Lovato said in the trailer of Simply Complicated, her brutally honest 2017 documentary.

A child star of Disney fame, Lovato’s struggles started before the wave of fame brought her international attention. Brutally bullied at school – classmates wrote a petition for her to commit suicide – Lovato ended being home-schooled.

But the trauma was already ingrained, and a tween Lovato suffered from body dysmorphia that took her into dangerous territory. For years she maintained a squeaky-clean image, but beneath the shiny surface her substance abuse was spiraling out of control.

By the time she assaulted a back-up dancer in 2010, Lovato hit rock bottom. But that irreverent vein of honesty was already there. Unlike so many other starlets, Lovato opened up about her many issues and entered rehab. Like so often, she was initially unsuccessful. But Lovato was determined to regain control of her life, and not repeat the choices of her father, an addict himself. And suffering from bipolar diagnosis and substance abuse was not helping things.

Just officially turned 6 years sober. So grateful for another year of joy, health and happiness. It IS possible. 🙏🏼

Emerging stronger and more self-aware than before, Lovato redefined her image, and continued with a happier and more honest career, taking all opportunities to spread awareness for addiction, mental health issues and body dysmorphia. In the process she became a strong voice for the many – so many – voiceless struggling with same things.

For many fans, she was the only one who understood what they were going through, the one who could speak about issues affecting their loved ones and understood their pain.

Even as Lovato relapsed earlier this year, just as she celebrated six years sober, she remained honest, despite being fully aware of the backlash she would face.

In the heartbreaking single “Sober,” she apologized to her family and loved ones, and not the least her fans for breaking her sobriety. But she owned up to her mistakes and continued. And for those who’ve followed her journey throughout the years, there is a certainty that Demi will recover again and continue with fearless honesty.

Sending all my love to @ddlovato. I hope she is given the privacy, respect, support and compassion she deserves right now. Demi you’re a warrior and you’re going to get through this. Your bravery is unbeatable.