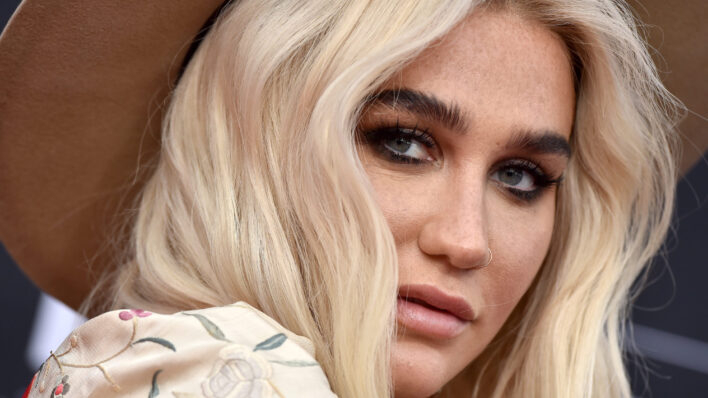 Five Minutes With: Kesha, the Pop Superstar Who Has Been Known to Rescue Cats from the Streets of Russia

Can Kesha teach a lesson about humanity? Between the mane of rainbow-colored hair, over-the-top outfits and tattoos so bold they
By Katie Jackson    December 4, 2018

Can Kesha teach a lesson about humanity?

Between the mane of rainbow-colored hair, over-the-top outfits and tattoos so bold they have entire articles written about them, Kesha Rose Sebert screams the rockstar that she is. But what if at her core, the outspoken artist is just a cat lady who loves her fans more than anything?

“How did the Key-sha interview go?” my dad asked after I recently interviewed Kesha. I couldn’t believe I was talking about her with my father, a farmer in Montana. Sure, I know about Kesha’s eating disorder history and her highly publicized legal battle with Dr. Luke, the producer she accuses of sexually assaulting her. However, I never sought out information about her. I read the headlines, but I never bought the magazines. Kesha seemed too crazy, too hard to relate to.

Still, I couldn’t pass up the opportunity to attend a private Kesha concert hosted by Hilton Honors at a Miami Beach mansion. I’ve interviewed celebrities before, but I was bracing myself for Kesha to be the diva I’d built her up to be in my mind.

RELATED: How to Tell Someone Is Toxic In the First 5 Minutes Of Meeting Them

“Thank you for asking!” That was the first thing Kesha said when I asked a question. Come again? I was being thanked for intruding into her free time. No one was paying her to talk to Goalcast, she must have had a million other things she could have been doing before getting on stage. “I’m so humbled at how amazing my fans are,” the 31-year-old Nashville native said when I asked about her packed schedule. “I love the experience of playing to small, intimate crowds so it’s exciting Hilton Honors is holding a show like this.” Kesha described how she prefers to play to a small crowd because she can “feel and hear” the audience more. To her, it’s like playing for friends.

In fact, the more I tried to get Kesha to open up about herself, the more she kept talking about her fans. As a former PR person responsible for media-training spokespeople, I cringed. Interviewees are supposed to promote themselves. At this point in her career, Kesha’s talking points should be about her documentary, “Rainbow – The Film,” which had just been released.

Instead, Kesha was talking about tattoos, and unfortunately for the journalist in me, not her own infamous tattoos. “When I have the time my favorite thing to do is go out to visit with my fans,” she explained before giving an unprecedented warning. “I’ve been known to give fans tattoos with my tattoo gun that I carry with me almost anywhere. So, if you want to hang out after a show, just be sure you know what you’re getting yourself into.” In other words, there are people out there walking around with permanent ink on their bodies, bestowed by their idol.

But Kesha doesn’t consider herself an idol, especially when she’s touring. “We are more like a roving tribe than a normal group on business,” Kesha said when I asked about life on the road. “When I’m with my tribe, I’m at home.” Besides family and friends—she says “her man,” Brad Ashenfelter, is always by her side—Kesha’s tribe includes cats.

In a 2010 interview with PEOPLE, Kesha divulged that her fur babies occupy an entire floor, including a master bedroom, in her Nashville home. Although she’s had cats for years, in July 2012, the singer’s life was forever changed when she met Mr. Peep$.

“The OG godfather kitty is Mr. Peep$ who I found in an alleyway behind a strip club like 50 years ago,” Kesha recalled. (In reality, it was July, 2012, but she really did rescue Mr. Peep$ outside of a strip club, in Russia of all places.) “He was a cute little baby when I found him and now he weighs about 67 pounds and has a gut that drags on the ground.” Mr. Peep$, whose Twitter account profile reads “I’m really cute but I’m also really bad,” is probably the only Siamese on the planet who wears a cat-sized backstage pass on a laminated lanyard.

While he makes a cameo in the music video for “Crazy Kids” and used to tour with Kesha (who fittingly calls her fans “animals”), he’s since retired. “Now, when I come home he sometimes gives me the cold shoulder for a little while,” Kesha admitted before adding that he even bites her but “that’s his normal charming attitude.” Mr. Peep$ eventually warms up and comes around for cuddling, but in the meantime, there are other cats competing for the singer’s attention.

“My man and I have three cat children. Charlie and Queso are both Maine Coons. Which means they are basically domesticated bobcats that live in my house,” Kesha explained before adding that they’re so big she sometimes feels like she’s on safari in Africa. “The most relaxing thing for me is lounging around with my three massive kitties and listening to my favorite records. Nothing relaxes me like petting kitties and listening to rock and roll.”

Still, a celebrity like Kesha, who used to spell her name with a dollar sign instead of the letter “s,” has to have an active nightlife life. Since we were in Miami, I asked her about her favorite spots to hit up in the city. Surprisingly, her response didn’t include any 21+ and over establishments.

“The beach!” Kesha answered without hesitation. “I love the ocean and especially in Miami I love how you can go out in the middle of the night and the water is so pleasant and warm.” Kesha then cautioned me against taking a midnight swim in the Pacific, saying it “might get super chilly.”

RELATED: The Best Places to Travel Alone If You Want to Find Yourself

Kesha closed out the interview by being concerned for me, a nosy reporter she’d probably never see again. What kind of rockstar does that? The kind named Kesha, or as my dad would say, “Key-sha.”