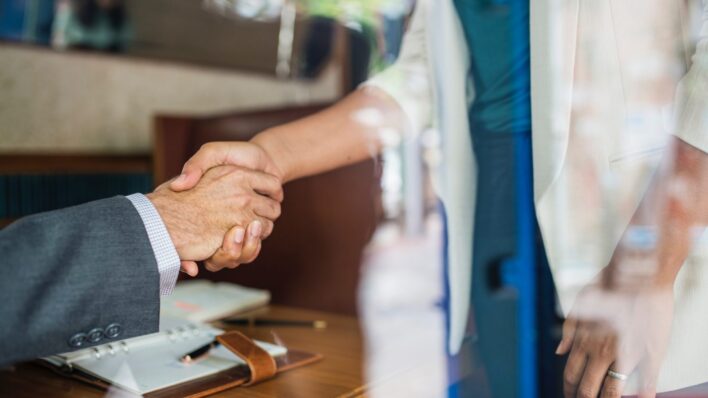 Have you ever had a toxic person in your life? How much damage did they cause to you and your
By Matt Valentine    July 16, 2018

Have you ever had a toxic person in your life?

How much damage did they cause to you and your loved ones?

What if you could have noticed their toxicity right off the bat, saving yourself hours upon hours of heartache, frustration, and mental exhaustion?

It might sound a bit far-fetched, however, there are certain concrete signals and behaviors you can pick up on to know if someone is toxic within the first five minutes of meeting them– or sooner.

By understanding us, you remove one of our most powerful weapons: confusion.

1. They talk negatively about others

If you strike up a conversation with someone and they have no qualms with saying negative things about another, that’s a decent sign the person is toxic.

Whether it’s their family, friends, coworker, or someone you simply come across during or in the midst of your conversation, someone that’s okay with saying negative things about another so casually is lacking a certain basic respect for others.

2. They want something from you One of the most surefire ways to know if someone is toxic within minutes of meeting them is to identify what, if anything, they want from you.

If the person is toxic, chances are they’re talking to you because they want something. And, while by no means does this mean they’re certainly toxic, it’s one of the most important signs to look for as toxic people generally take far more than they give.

For example, if the person has no qualms with using your things or asks for something free, they’re almost certainly a toxic association.

3. They have no problem asking you for favors

Similarly, if the other person shows zero hesitation to ask for things from you within just minutes of you meeting, they’re almost surely toxic.

Toxic types are often great manipulators, so they’re accustomed to using others to get what they want. In extreme cases, they can even show sociopathic tendencies and have little to no ability to even understand how you feel, let alone care. Another good way of telling if someone is toxic quickly is if they show no sign of interest at all in you.

By that I don’t mean someone is supposed to care about you within minutes of meeting you. Obviously, that’s unrealistic and not at all toxic.

What I am talking about is if someone seems eager to share about their life or something they want from you, but shows literally no interest in you and your life, even after several minutes of conversation.

There’s always that off-chance the person is just shy or nervous, however, if the other person clearly loves to talk about themselves or is pushing to get something from you and hasn’t even asked a single question about you within five minutes, the could very likely be toxic.

By uncomfortable, I’m not talking about what it feels like when you walk up to someone and ask them out. It’s not nervousness but a kind of dreadful, sinking feeling in your stomach like you’re dealing with a force that isn’t quite good-natured.

Sometimes, we don’t notice any signs– we feel them. It can be hard to keep up with all the verbal and nonverbal cues someone gives off, however, that doesn’t mean our brain doesn’t catch them. They just haven’t fully processed yet.

If you’ve just met someone and they make you feel uncomfortable, tense, or angry, that’s a good sign that they’re toxic.

Sure, sometimes we feel uncomfortable around new people, tense or deflated when we’re around others who are more successful than us, and angry when we’re around someone we envy. So, that’s definitely not always the case.

However, if you know it’s none of those things, the reasoning doesn’t arise from your own issues, and you still can’t quite put your finger on it, that uncomfortable feeling is a good way to tell that the person is toxic, so don’t be afraid to follow your gut.