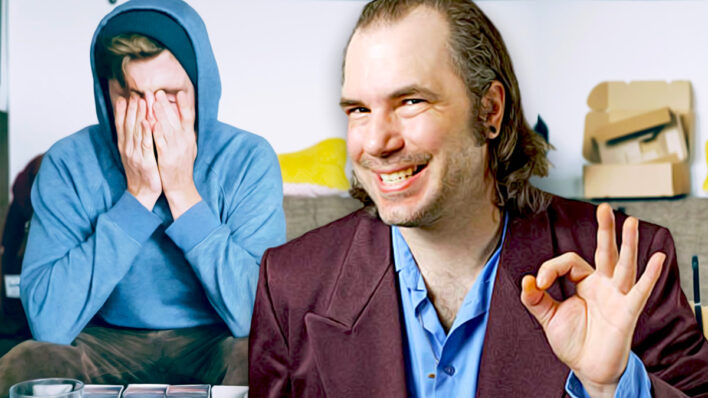 Faced with being homeless in the face of an obscene rent hike, one woman swooped in to save the day, while shedding light on a growing problem.
By Bryan Liquor    April 19, 2022

Faced with being homeless in the face of an obscene rent hike, one woman swooped in to save the day, while shedding light on a growing problem.

* Feature uses a photo by Christian Erfurt on Unsplash.

As the pandemic has waned, a new virus is tearing through the country: Greedy landlords.

RELATED: Man Decides To Secretly Save Brother’s Rent For 2 Years – What Happens Next Brings Him To Tears

In states with no rent control, they’re taking advantage of housing shortages to demand outrageous hikes of up to 50%. As a result, thousands are at a real risk of being homeless, like one case involving a man named Derek in Las Vegas, Nevada.

How One Tenant Faced Homelessness Due to a Rent Increase

I laughed out loud. I knew it wasn’t a joke. But in your head you’re like, “This has got to be a joke. Who does this? How does this happen?”

For someone like Derek, whose credit isn’t great and not flush with cash, moving wasn’t so simple.

Why One Woman Helped a Stranger from a Predatory Landlord

When contacted, the landlord’s family and property manager were unmoved. In a statement, they basically said, “If you don’t like it, leave.”

“The rent is whatever we want to deem it,” they wrote. “If a tenant doesn’t want to pay what is being asked in order to rent a property, they don’t have to rent it. No one is obligating anyone to rent a property they cannot afford.”

Fortunately, someone was moved, and had the motivation to act. Cynthia Woodward of Key Property Management saw his story and couldn’t believe her eyes.

I felt it was not right for him to be in that situation. He did so many things right.

Reaching out to Derek’s landlord, Woodward used her contacts to “match-make this situation,” in her words. The owner was willing to accept payment from the CHAP program, or Clark County’s rental assistance. Derek would keep his home without paying through the nose.

While grateful for a stranger’s help, Derek says there are so many more in his situation who need a voice: “There are still thousands of people here who don’t look like me, or sound like me, being bounced out of their houses as we speak,” he said.

We have to have a conversation. Some may call it rent control. Some call it balance. Whatever we call it, we call it doing the right thing.

Derek has decided to do just that, creating a GuFundMe page to help those like him afford housing. “I’m just a guy who wants to help people who are stuck between a rock and a hard place, just like I was,” he wrote on the page.

These are tough times. Global tensions are tense and prices are sky-high. The threat of global food shortage is very real.

However, one resource we can’t go without is kindness and compassion. It’s literally all we have when things aren’t crumbling around us. Our success depends on it.

That goes especially to landlords, who provide one our most basic needs: shelter. If they can’t have a moment of introspection and do the right thing, then it’s up to us to take a stand.

After all, we’re all just renting space here, so let’s make sure everyone’s comfortable.

lead with empathy
“Looking at various means of developing compassion, I think empathy is an important factor: the ability to appreciate others’ suffering.” – Dalai Lama
Tags
Share
← Prev Post Next Post →