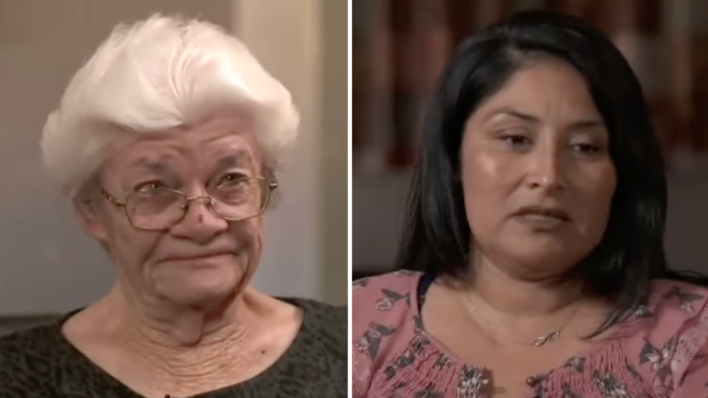 Though the Silvas already had a full house, they invited their neighbor to stay with them, and she became their “adopted grandma.”
By Sophie Tolias    August 11, 2022

Though the Silvas already had a full house, they invited their neighbor to stay with them, and she became their “adopted grandma.”

When police entered Gean LeVar’s home in Glendale, Arizona, after her husband of 58 years died, they deemed the house inhabitable.

She lost her husband and her home in the same day.

How an Elderly Widow’s Neighbor Stepped in to Help Her

Thankfully, her neighbours stepped up. Although Carmen Silva barely knew LeVar, when she learned that LeVar had no family to live with, she invited her neighbor to live with her and her family in their already full house.

The Silvas live in a three-bedroom house with their eight children, but they made room for their “adopted grandmother.” The boys gave up their bed and slept on the couch so LeVar could have it.

“I’ve always taught my kids to take care of their elders,” Silva said.

How One Woman Proved the Importance of Being a Good Neighbor

LeVar says she was surprised by Silva’s gesture. But Silva says it’s what good neighbors do. “She [LeVar] looks very happy, and I believe it’s because she has a whole family now,” Silva said.

“It means everything,” LeVar said when asked if she felt like she had found a family with the Silvas.

Then, LeVar learned she had more neighbors who wanted to help.

Operation Enduring Gratitude, which helps Arizona veterans and their families, learned about LeVar’s story. And since her husband was a Navy veteran, volunteers from the non-profit got to work renovating LeVar’s house. “We’re all joining together to do one thing, and that’s to make somebody’s life whole,” one volunteer said.

Now that LeVar’s house is no longer condemned, she plans on sharing it with her new family.