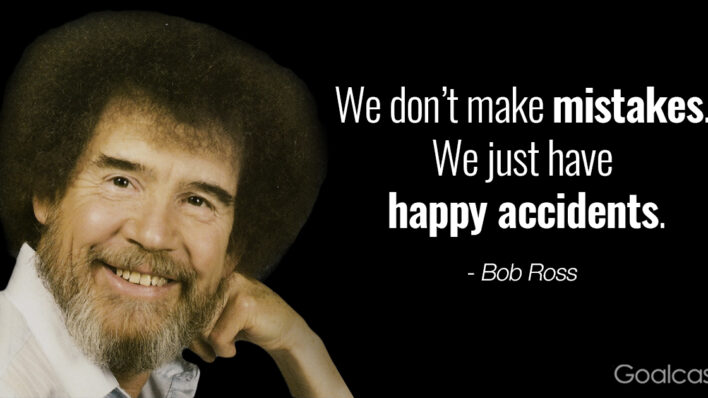 Bob Ross was a painter and artist and the television host of The Joy of Painting, which, during its run
By Flavia Medrut    May 15, 2018

Bob Ross was a painter and artist and the television host of The Joy of Painting, which, during its run between 1983 and 1994, managed to win three Emmy Awards. In each episode of the show, Ross taught techniques for landscape oil painting, becoming a painting teacher for the masses. But Ross hasn’t always been the lovable hippie with the soothing voice that made thousands of people fall in love with painting.

At the age of 18, he enlisted in the United States Air Force and eventually became master sergeant. He had to be tough in order to maintain his authority. But it was during his tenure that he developed a taste for painting and made a promise to himself that if he ever left the military, he would never raise his voice to anyone again.

Bob Ross kept his promise, followed his passion and became the wonderful teacher that made each episode seem like a one-on-one painting lesson.

Here are 14 Bob Ross quotes that will make you smile today. Look around. Look at what we have. Beauty is everywhere—you only have to look to see it. Talent is a pursued interest. Anything that you’re willing to practice, you can do.

We don’t make mistakes. We just have happy accidents.

You need the dark in order to show the light.

There’s nothing wrong with having a tree as a friend.

This is your world. You’re the creator. Find freedom on this canvas. Believe, that you can do it, ‘cuz you can do it.

I guess I’m a little weird. I like to talk to trees and animals. That’s okay though; I have more fun than most people.

There’s nothing in the world that breeds success like success. I really believe that if you practice enough you could paint the ‘Mona Lisa’ with a two-inch brush.

If we’re going to have animals around we all have to be concerned about them and take care of them.

I think there’s an artist hidden at the bottom of every single one of us.

It’s so important to do something every day that will make you happy.