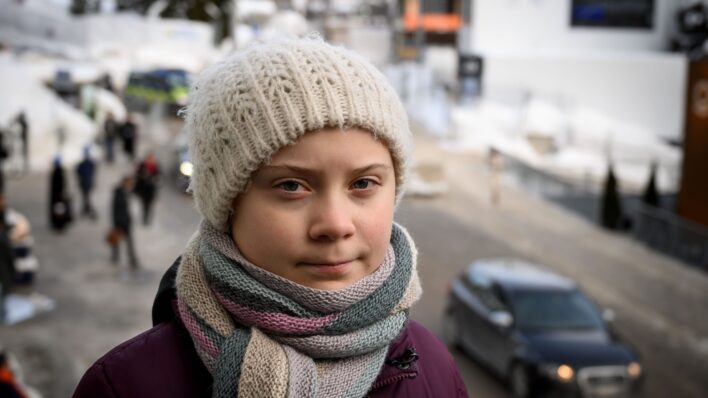 16-Year-Old Game Changer, Greta Thunberg, Has Been Nominated for a Nobel Peace Prize

Sixteen-year-old Greta Thunberg founded of the Youth Strike for Climate movement, and it’s gotten her a lot of attention, even
By Aly Walansky    March 15, 2019

Sixteen-year-old Greta Thunberg founded of the Youth Strike for Climate movement, and it’s gotten her a lot of attention, even more now that she has been nominated for a Nobel Peace Prize as global action continues to rev up worldwide.

If she were to win, she will be youngest winner since Pakistan’s Malala Yousafzai, who was 17 when she received the prize.

Thunberg has been busy to say the least, from solo protests to organizing group strikes of students globally. This week strikes are expected in 1,659 towns and cities in 105 countries.

The school strikes were inspired by the Fridays For The Future movement started by Thunberg under the hashtag #FridaysForFuture. So far, there have been regular walkouts around the world, including in countries likes Germany, Belgium, the UK, France, Australia and Japan.

“We have proposed Greta Thunberg because if we do nothing to halt climate change it will be the cause of wars, conflict and refugees,” said Norwegian Socialist MP Freddy André Øvstegård. “Greta Thunberg has launched a mass movement which I see as a major contribution to peace.”

“[I am] honoured and very grateful for this nomination,” said Thunberg on Twitter. Tomorrow we #schoolstrike for our future. And we will continue to do so for as long as it takes.” She has already challenged leaders in person at the UN climate summit in late 2018 and at Davos in January. “Change is coming whether they like it or not,” she said.

While Greta is young, someone this young is not unheard of as a nominee or winner. In 2014,  17-year-old Malala Yousafzai, won the prize “for the struggle … for the right of all children to education”. She survived a Taliban assassination attempt in 2012.

“It is truly inspiring to see young people, led by brilliant young women, making their voices heard and demanding urgent climate action. They are absolutely correct that our actions today will determine their futures,” said Anne Hidalgo, the mayor of Paris and chair of the C40 group of cities. “My message to young citizens is clear: it is our responsibility as adults and political leaders to learn from you and deliver the future you want.”

The strikes have also been supported by the former head of the Anglican church Rowan Williams and the head of Amnesty International, Kumi Naidoo. “Children are often told they are ‘tomorrow’s leaders’. But if they wait until ‘tomorrow’ there may not be a future in which to lead,” said Naidoo. “Young people are putting their leaders to shame with the passion and determination they are showing to fight this crucial battle now.

There are 301 candidates for the Nobel Peace Prize for 2019, out of which 223 are individuals and 78 are organizations, says the Nobel committee on its website.