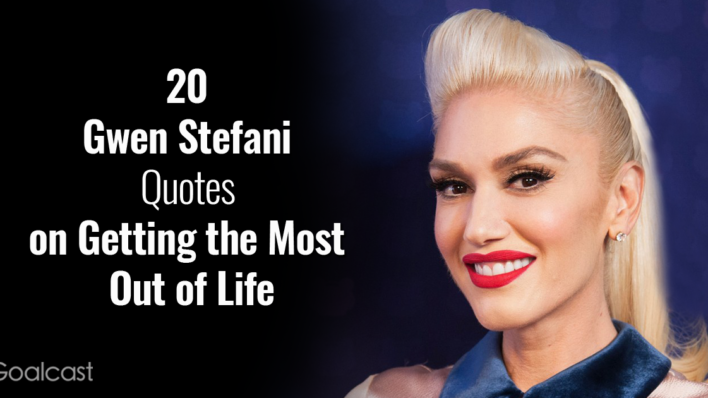 20 Gwen Stefani Quotes on Getting the Most Out of Life

Gwen Renée Stefani is an American singer and songwriter who came to fame in the 1990s as the lead singer
By Flavia Medrut    August 9, 2019

Gwen Renée Stefani is an American singer and songwriter who came to fame in the 1990s as the lead singer and founding member for the band No Doubt.

In the early 2000s, Stefani ended her collaboration with her No Doubt bandmates and started a solo career. With singles dominating pop charts, a clothing line, and a Madonna-sized public image that extended into the worlds of film and TV, Gwen Stefani made quite a name for herself.

Before she discovered her passion for music, Stefani dreamed of a life of marriage, children, and white picket fences. Now she’s a famous artist, business woman, has three children, a gorgeous house, and has no plans to stop here.

The singer made her debut as a coach for the seventh season of NBC’s The Voice in September 2014, and she’s been encouraging inspiring speakers ever since. After experiencing a devastating divorce, Gwen met Blake Shelton on the show’s set, with whom she now has a beautiful and strong relationship.

Here are 18 Gwen Stefani quotes from her songs, writing, and interviews