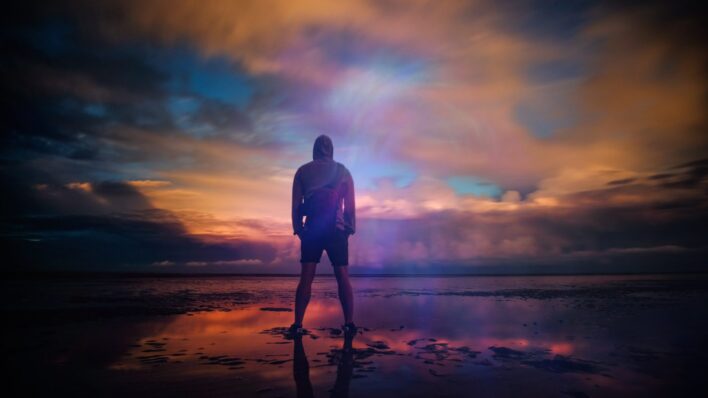 Mentally strong people aren’t born that way, but they do develop a set of critical habits that place them apart
By Matt Valentine    August 16, 2018

Mentally strong people aren’t born that way, but they do develop a set of critical habits that place them apart from the average person over time.

On the surface, these qualities are indiscernible. However, get to know someone and very quickly the difference will be clear.

The mentally strong person not only approaches life and it’s challenges differently, they also respond in a way that is entirely different from the average person.

Sure, life is tough on all of us, and we all have to develop a certain level of strength to get through it all.

However, the truly mentally tough are those who push to realize their dreams and goals at whatever cost and don’t let any adversity, setback, or failure get in their way.

A strong positive mental attitude will create more miracles than any wonder drug.

So, what sets them apart? Turns out, there’s a lot.

1. They don’t let pride hold them back Many would-be strong men and women end up living angry, resentful lives and display an almost childlike tantrum when their self-worth is placed into the slightest bit of danger.

But truly mentally strong people are beyond pride’s vice and are secure in themselves.

Mentally strong people understand that, while life is tough, a positive outlook goes a long way to making things better.

They understand that sulking around and wishing things would get better does very little to actually do just that so they remain optimistic that better times are ahead, provided they’re willing to put in the work.

3. They focus on solving problems

Some of the most successful people in the world swear by problem-solving as the most important skill to overcome the challenges inherent in realizing any great dream.

Mentally strong people understand that most things in life are presented with problems, or that a problem is an opportunity for growth, so to become a master problem solver is to also master life.

4. They see defeat as a stepping stone (and never quit)

One of the qualities that most distinctly separate mentally strong people from those who are not is in how they view failure.

Seeing failure as a stepping stone– an opportunity for growth of the highest level– allows you to transform your experience from a setback into a catalyst for future success.

5. They manage their emotions

One of the most critical qualities of mentally strong people is their ability to manage their emotions, whether it’s anger, sadness, fear, guilt, or jealousy.

Whether it’s through regular introspective contemplation, such as with a journal, meditation, or another regular activity, they know that emotions comprise a huge part of how we experience daily life. Therefore, to know how to manage them is an incredible power.

The mentally tough don’t succumb to the pitfalls of exaggerated negativity, or “making mountains out of molehills” as the old, tired saying puts it.

They know that the mind naturally blows things out of proportion and instead temper themselves by practicing a realistic optimism. Not so far over the spectrum that they’re delusional, their response to life’s experiences is both optimistic while also being realistic enough that they stay grounded in gradual progress and prepared for whatever may come.

Mentally strong people understand that pushing hard 24/7 is impossible, no matter how strong you are.

They understand balance and the power of boundaries in life and seek to create clearly defined parameters for how they work and live, as well as maintain a regular routine for taking take of their body and mind– and know when they’ve gone too far.

8. They have a long-term vision

Vision in and of itself can strengthen your resolve because it places things in perspective.

What’s happening today might appear to encompass your entire world without a long-term vision, but with it, an enhanced level of clarity and perspective reminds you that this is just a small step along the journey and that tempers your emotional response and reaction to the event.

It reminds you to push through in the face of adversity and not let the little things get you down.

9. They seek to understand human behavior

Mentally strong people are lifelong learners of human behavior and use it to become stronger with regards to themselves, as well as navigate human relations better in their daily life.

Life hits us with challenge after challenge, so self-compassion is critically important for helping put things in perspective and keeping us mentally strong.

When we fall, it’s important to remind ourselves that we’re not inadequate. We all fall from time to time, and mentally strong people know this and remind themselves that their failures and flaws are okay and perfectly normal.

This helps them push on harder and more consistently than the person who only ever beats themselves up at every turn.

11. They embrace change and impermanence and adapt swiftly

Impermanence, the basic fact that everything changes with time, is one of the most basic facts of existence. Many seek to avoid this fact, though, and either hide from or ignore it. But that only makes it worse.

However, mentally strong people are willing to face the fact of their own impermanence– and the impermanence of everything they care about– and instead use it as a reason to live more thoroughly and appreciate everything in their life more fully.

12. They learn to dance with fear and have courage despite it

Many think that fear is something to be overcome, something bad which shouldn’t exist and needs to be pushed away or gotten rid of.

However, that’s just not how it works.

Fear is an important ability we have which keeps us safe in dangerous situations. However, it often oversteps its bounds to the point of not only protecting us but holding us back at critical moments when we need to step up as opposed to running away.

13. They never shy away from hard work

Mentally strong people understand the value of hard work and that nothing great was ever accomplished by sitting around and remaining in one’s comfort zone.

The willingness to work hard requires the belief that we have the power to affect our life in a positive way, a belief mentally tough people have in spades.

They not only keep these associations away with a 10-foot pole, but they also work actively to reduce negativity in their life in a general sense through media and other sources.

15. They encourage others instead of projecting envy, jealousy, and anger

Mentally strong people are secure with themselves. So, as opposed to so many others, they don’t feel the need to bring others down to make themselves feel better.

Because of this, they tend to be very encouraging and supportive of their friends, family, and colleagues.

16. They focus on progress

Similar to maintaining an optimistic outlook, mentally strong people understand that life is about progress and that only in taking small steps forward are we ever able to accomplish anything.

In fact, it’s in this outlook that someone can strengthen the mind, as gradual progress builds confidence in addition to offering valuable experience.

17. They’re okay with saying no

Mentally strong people have developed the ability to say no with purpose.

They understand that the more you say yes to, the less time you have for everything else. Part of being mentally tough means knowing how to take care of yourself and staying focused when outside forces seek to pull your time away.

And that requires being okay with saying no sometimes, even when it’s something you rather not miss if you had an unlimited amount of time.