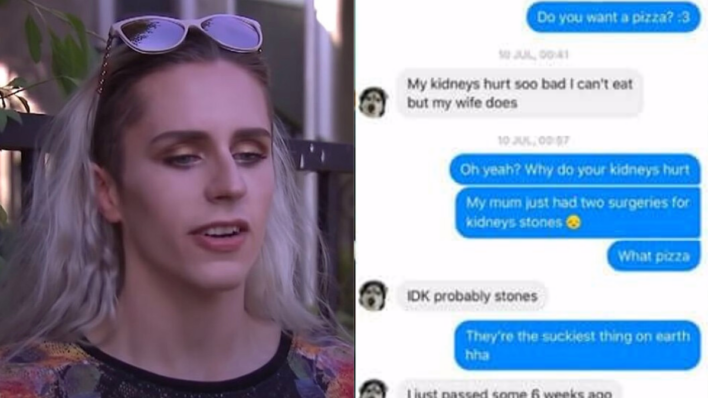 One man rescued a four-year-old girl in Arizona from more than 5,000 miles away thanks to a clever pizza scheme.
By Amber Dowling    March 14, 2022

One man rescued a four-year-old girl in Arizona from more than 5,000 miles away thanks to a clever pizza scheme.

Never underestimate the power of pizza. Or of a good-hearted person. That’s one of the lessons at the heart of this motivating story.

Back in 2014, a man named Harry Brown was contacted by a couple in California named Gary and Kim Forester, who were desperately searching for their missing granddaughter, Yvette Henley.

The Foresters didn’t know Brown, but saw that he had connected with Yvette’s father, Virgil Henley, on Facebook. They explained that three weeks prior, a court had granted them guardianship of Yvette after determining she was suffering emotional damage and was in potential danger.

However, her father fled California with Yvette before hearing the verdict, and the police were having a hard time locating them. The Foresters hoped Brown could put his communication skills to good use and try to connect with Virgil online to determine where he had gone so they could bring their granddaughter home.

As soon as I got this message I thought, ‘Wow I need to start trying to message him again.’ Because he thought we were good friends at that point because we’d had a few conversations before.

“I got a message from this couple out of the blue saying their granddaughter was missing,” Brown recalled to Fox 11 Los Angeles.

So, although it had been a few years since Brown and Henley had chatted, Brown agreed to help and focused on reaching out with a direct message. Before long, he and Henley were once again having full-on conversations.

How a Man Tricked a Kidnapper with Pizza

Once Brown and Henley began speaking, Brown recalls trying all kinds of tactics to learn where he had gone with his daughter.

“I went through tons of things, I tried sending him money through Western Union to see if I could get his location that way,” he explained to the news outlet. “I tried getting him to screenshot his weather app because that would show where his location was.”

Eventually, it was the gift of pizza that finally proved to be the winning strategy. Brown offered to send one and although Henley claimed he couldn’t eat due to kidney pain, his “wife” was hungry and would probably eat a Papa John’s pizza with pepperoni.

I almost dropped my phone because I started shaking instantly. I was like, ‘I can’t believe I actually did it.’

Meanwhile, in Arizona, where Henley was hiding out with Yvette and his girlfriend in a motel room, it was the police who knocked on the door and not a pizza delivery person. The Foresters got their granddaughter back, and they sent Brown a $2,000 reward as a thank you. They also paid for his flight to Los Angeles, where he got to meet the little girl he helped rescue.

The Kidnapped Girl Was Reunited with Her Elated Grandparents

“I spend my life on the internet but little did I know that talking to random people would lead to me finding this little girl,” Brown later told the New York Post. “She is loving where she is now. I cried so much when I saw the photos of her with her grandparents.”

He added that before, he had a lot of anxiety about things, but being involved in this rescue operation gave him a whole new lease on life. “I can’t wrap my head around it. It’s life-changing for me,” he explained. “I had all these worries but now they all seem meaningless. I have saved a girl’s life. I have so much more to be happy about now.”

Brown isn’t the only one whose life was changed by the happy ending. Yvette’s grandparents were also overjoyed to have their family member back home.

“When Yvette was missing, it was exhausting. I made it my mission to find her but ended up losing the two jobs I was working,” Gary Forester added to the publication.

I was just desperate to find her. I can’t explain how much Harry helped. He was the key to everything.

“It is amazing to have Yvette home. I remember standing in the driveway as the car pulled up. She got out and started yelling and she ran up to us and jumped into my arms. I hugged her and kissed her and the tears were flowing,” he continued.

How Unconventional Thinking (with or Without Pizza) Can Help Save Lives

This story could have had a very different ending if Brown had decided to ignore that message from the Foresters or if he had alerted Henley to what was going on instead. But by doing a little research and reaching out to Henley to try and do the right thing, he may have saved a little girl’s life. At the very least, he managed to reunite her with the people the law felt should be in charge of her well-being.

It’s a reminder for all of us about the importance of community- online or otherwise. Who knows how long it would have taken law enforcement to find Yvette on their own, had Brown not stepped in.

While most of us will hopefully never find ourselves in a similar situation, this story prompts us all to remember to just keep an eye out when we’re in our own communities. Whether you see a child or dog out alone, witness a situation that doesn’t sit quite right with you, or spend a few hours of your own time helping to search for a missing animal, it’s always important to help.

After all, you never know who- or when- an important puzzle piece will fall into place that will help bring an innocent life home.