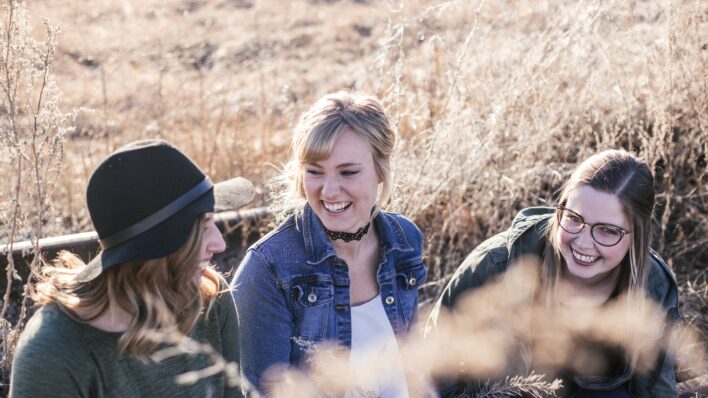 We all know the all-too-awkward experience of being alone in an elevator with someone, trying to make small-talk. Or trying
By Eliza Theiss    March 8, 2019

We all know the all-too-awkward experience of being alone in an elevator with someone, trying to make small-talk. Or trying

We all know the all-too-awkward experience of being alone in an elevator with someone, trying to make small-talk. Or trying to get the conversational ball rolling on a first date. Or sitting across a manager at a job interview dotted by uncomfortable silences. Not to mention large family get-togethers. One key to more easily navigate, and indeed “win” such situations seems to be surprisingly simple. Just ask questions, a recent Harvard study shows. But ask the right ones.

Harvard researches studying the impact of question asking have found a strong and direct correlation between asking questions and likeability. “When people are instructed to ask more questions, they are perceived as higher in responsiveness, an interpersonal construct that captures listening, understanding, validation, and care.” This perception and as a result, increase in likeability is spread across all types of interactions, be it professional, personal or romantic. And plenty of studies have already shown that likeability is key for getting ahead in your career.

The way to your chosen’s heart?

In It Doesn’t Hurt to Ask: Question-asking Increases Liking, the research paper detailing the findings of five Harvard researchers, it was revealed that people who asking questions, especially follow-up questions are more successful at dating.

Analyzing live, face-to-face conversations during speed-dating, results showed that speed daters who asked more follow-up questions, were noticeably more likely to secure a second date from their partners, than those who didn’t. The top third question askers secured by far the most dates, because, according to the paper’s authors “follow-up questions are an easy and effective way to keep the conversation going and show that the asker has paid attention to what their partner has said.”

Let the right one in.

While asking questions can indeed help you come across more likeable and make better impressions, it’s crucial to ask the right kind of questions. The “How are you?”, “What do you do?”, “How about the weather?” type, generalized questions will not contribute to increasing likeability. Simply put, such questions are socially accepted as queries where no real, truthful response is expected to be given or heard.

The researchers also found that asking too many questions can have the opposite effect, as it can come across as intrusive, as well as secretive. After all, if you spend all your time asking others questions, you’re not revealing anything about yourself and so aren’t bringing anything new before your conversational partner.

A secret power? Could be.

A surprising result revealed in It Doesn’t Hurt to Ask is that people do not know, nor do they expect that asking questions increases liking. In very simple terms that means question-asking is a very efficient and discreet technique you can use to increase your social score, as people aren’t aware that they will warm quicker to someone who shows interest in them or their knowledge by asking questions.

The power of asking questions, however, is limited. While people asking a higher number of questions made a better impression on the person they asked the questions of, they did not increase their likeability with people observing the conversation. Interestingly enough, outside observers found the people answering the most questions as the most likeable. This suggests that this technique could be used as a strategy to help someone else come across as more likeable.

On the other hand, being aware of the power of asking questions could be a life saver for introverts or people living with anxiety. People who struggle with starting and maintaining a conversation, or those whose anxiety is triggered by new places and people can use questions, especially follow-up questions to ease tension and awkwardness and give themselves time to find a common topic with the person they need to get to know.