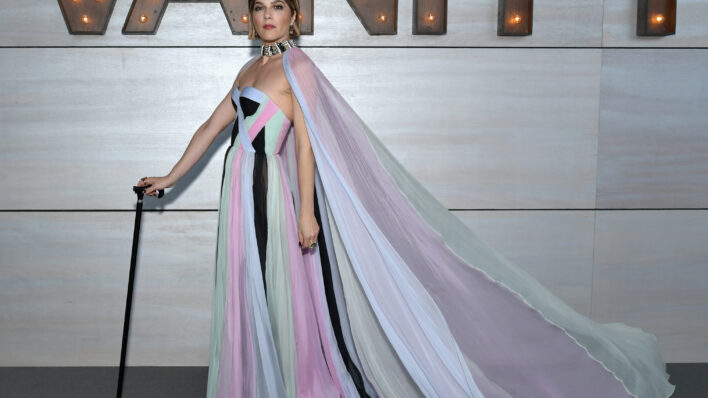 Welcome to Hero of the Week, where each week we celebrate the most extraordinary stories of heroism from all over
By Eliza Theiss    February 28, 2019

Although a quiet Hollywood presence in the last few years, Selma Blair nonetheless made an epic comeback this Oscars weekend. But not for winning a long-coveted award or for delivering a moving speech, but rather for the sheer courage of walking down the red carpet. With a cane, sometimes tearful, struggling, but with her head held high, while in the thick of an MS flareup.

This was the Cruel Intentions star’s first red carpet appearance since revealing she has multiple sclerosis (MS), a chronic neurological disorder that affects around 1 million Americans. It’s characterized by loss of balance, vision and muscle control, severe pain, chronic fatigue, weakness, numbness among many other symptoms. There is no cure.

For most patients symptoms ebb and flow over time. During a flareup, called an exacerbation, a patient’s existing symptoms become more severe and new ones appear. For Blair, her current exacerbation brought a worsening of her chronic pain, difficulty controlling her movements, weakness, fatigue and new ones like spasmodic dysphonia, a neurological disorder that interferes with voice muscle control, making speech difficult.

In an Instagram post full of raw emotion Blair revealed how frightening it was to face such a public event, not knowing if she was going to be able to walk down the red carpet, let alone make it through the night without losing control over her body. But it’s not just the physical aspect that was and is scary. It’s about showing so much vulnerability.

But as discussed in a recent Good Morning America interview and Vanity Fair shoot, she realized how important it was to use her platform not only to bring awareness to the disease itself, but also what exactly it looks like. That it means she falls down often, that she cannot dress by herself. And right now even the simple act of speaking is beyond difficult.

And as a result of her courage, her platform has exploded overnight. The honesty of her struggle, her strength to find the good moments, the belief that there will come better, easier times and the ability to joke about what her day-to-day life is right now resulted in an outpouring of love, support and respect.

People from all walks of life have taken over her Instagram feed thanking her for arguing for more clothing choices for people with disabilities, for speaking so loudly for those who suffer and their right to care, happiness and employment. For bravely using a cane, an essential tool for many, but which so often elicits pity and disgusts from those blessed with health.

Since quietly revealing her diagnosis in October, in an Instagram post detailing her gratitude for friends and colleagues helping her through her disease and its current exacerbation, Blair has used the social media platform to document what MS means to her life. From the physical symptoms to the psychological ones, the Another Life star is disarmingly honest about it all.

But also about the peace the diagnosis — received just last August — brought to her life. Because finally there is a name to why she’s been suffering. Finally, doctors don’t dismiss it as “just” stress or an actress’ drama. And also her faith and her belief in her own strength that while MS has irrevocably changed her life, it does not define her or her quest to be a caring mother, a good friend, a reliable worker, and why not, a funny entertainer.