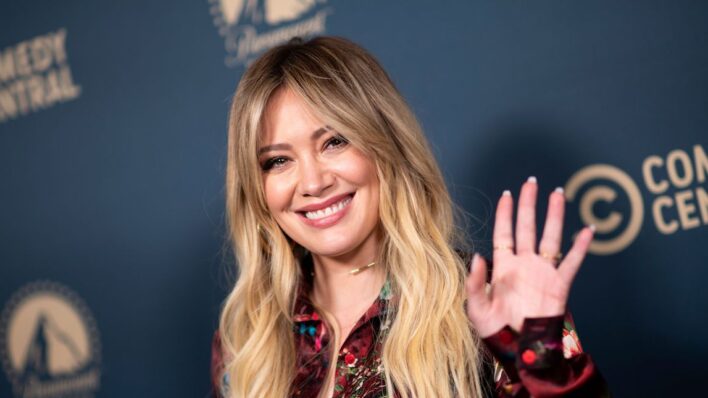 Unlike others Hilary Duff seemed to have escaped the child actor curse. Little do people know that behind closed doors, she lived through her own hardships.
By Shaoni Das    July 28, 2020

Unlike others Hilary Duff seemed to have escaped the child actor curse. Little do people know that behind closed doors, she lived through her own hardships.

The notorious Child Actor Curse. It’s a curse that plagued so many of our beloved young superstars that it’s actually become more of a rule than an anomaly. As much as we express our sympathies for these former child stars having public breakdowns, there’s something about their unfortunate situation that keeps us hooked. Perhaps it’s something to do with our sense of superiority and self-esteem.

It’s become such a widespread phenomenon at this point that former child stars who bucked the trend are singled out and praised by the public. Hilary Duff is one of the most significant examples of a child celebrity who steered clear of the controversy and managed to be “good.”

While it’s important for us to examine the many factors that led the actress-singer to lay low, we should also take the time to note the struggle she experienced in her personal life and career. As exhilarating as the world of Hollywood might seem, each professional gives up a massive chunk of their freedom and innocence the minute they decide to venture into it.

Hilary similarly may have led a seemingly pristine life but her perfect life came at the expense of tough decisions. Serious, consequential decisions that affected her life far beyond what many might have expected.

Hilary went off the radar at the peak of her career

When asked why she thinks she bypassed the wild-child phase, Hilary said she doesn’t really have an answer. “I don’t have a good reason for it,” she said. Instead, she discussed more on the choices she made as a young adult that helped her stay out of trouble.

First of all, she mentioned that her family has been largely supportive of her choices and kept her humble. Unlike parents that prefer manipulating their actor kids to get some sort of a financial advantage out of them, Hilary’s folks would never let her get too “cool.”

Having a strong family that understands and appreciates your work without forcing you to make any decisions for their sake is essential to a functional childhood. The fact that her parents kept her down-to-earth when there was so much potential for snobbiness and entitlement is yet another testament to their parenting.

But it wasn’t just her parents that helped her evade the curse. The former Lizzie McGuire star made the bold decision to go on a hiatus in her early twenties just as her adult career was hitting its peak.

I worked for so long, it was just time for me to do life stuff… I think a big part of me taking that big break was seeing myself not enjoying what I was doing anymore, not getting on the wrong track, I just needed to stop it, so I stopped it. I think that helped me really get in touch with who I am, and what I love and who I want to be and all these things are important for growing as an adult.

She cut toxic relationships out of her life

Those who remember following teen celebrity gossip in the mid-2000s would know that Hilary’s dating life was just as controversial as many of her peers. Following a relationship with fellow singer Aaron Carter, Hilary got together with Joel Madden. He was nearly ten years her senior, so Hilary could have easily fallen into “bad-boy” circles that Joel’s band had been associated with.

But as the actress left her teens, she made the decision to keep her private life as it should be: private. She refrained from publicizing her relationships and also made it a point to actively avoid hanging out with people that could endanger her mental health or sense of security.

At 19, I did a massive friend cleanse. That was really hard, to sit down with people and say ‘We can’t be friends anymore.’ They were like ‘That’s f—ked up; you’re a bitch.’ But having a good reputation was important to me. That’s not to say I didn’t screw up and do little naughties here and there.

Her acknowledgment of having taken part in troublesome activities makes a huge difference — it indicates that while it’s okay to shed the “perfect image” every now and then if it makes you happy, what’s key here is that you don’t make a lifestyle out of breaking rules. Especially if your actions go on to hurt others and yourself. Losing the toxic relationships out of your life goes a long way in setting you on the right path.

She may have fended off the curse but there is no doubt that Hilary experienced her own challenges in the industry. She spoke about how she felt a tremendous amount of pressure in her teens to maintain a certain kind of body image.

When I was 17, I weighed, like, 98 pounds. I was totally obsessed with everything I put in my mouth. I was way too skinny. Not cute. And my body wasn’t that healthy — my hands would cramp up a lot because I wasn’t getting the nutrition I needed.

She added that she regrets feeling that way about her body. She was made to feel guilty about her “athletic” physique, even though it actually helped with her pregnancy. Thankfully, she learnt over time that she should’ve been proud of her body from the beginning.

Though Hilary Duff did resurface in music videos, television cameos, and minor film roles here and there, she, by and large, spent the majority of time caring for her young son Luca in her twenties. Hilary has actually spoken up about how becoming a mom at 24 was jarring for her in that she was one of the only ones in her friend group to have undertaken motherhood.

It was a little isolating in the beginning because I didn’t have any friends that had babies yet […] I did feel like after I had him, I lost a big chunk of my identity for maybe the first year and a half. At times, I was sad about it, but you know it’s full on. I don’t remember setting him down for the first three months of life. I was obsessively googling things and I just took it really seriously that I didn’t realize how all-encompassing it would be.

Hilary Duff on The Motherly Podcast

Despite the obstacles pregnancy and motherhood had introduced in her life, she was appreciative to get the chance to become a mother at all. Her whole life became about her son Luca, and though she took many years to focus on her husband and her son, she knew she was always going to return to Hollywood.

Just when you’d think she’d secured a happily-ever-after with a perfect husband and family, she filed for divorce. Though Hilary and her ex Mike Comrie are a great team when it comes to co-parenting their child, going through divorce did shape her outlook on relationships.

I don’t want to sound bitter because I’m definitely not, but I don’t know if people are meant to be together forever. Things happen over a long relationship that you can’t always fight. A marriage of 20 years, the accomplishment of that must feel really great, but there are also huge sacrifices. I just always want to fight for happiness.

It’s clear that divorce takes a toll on a person’s perspective on relationships and love. However, it only helped Hilary get more pragmatic about the nature of love. It seemed that she was able to get over those hurdles and find love with singer Matthew Koma, with whom she shares her daughter Banks.

The biggest takeaway from Hilary’s journey thus far is that we should never jump to conclusions when it comes to child stars’ lives. They’re part of a system that throws them in the deep end at a very young age and then expects them to come out of the nasty waters scot-free. Hilary Duff made some smart moves to retain normalcy in her life but she’ll be the first one to tell you that you should throw away your judgments about child stars.

A lot of the stories are quite sad and I feel bad for them because I know what this industry can do to you and how it can get to you and the pressure is huge… It’s constant scrutiny and pressure and people staring at you and always hoping you’re making the right choice for your career, not messing up. It’s a lot. I think everyone just does the best they can.

The fact of the matter is that your path is going to be fraught with challenges either way. You might not be a child star but your lives may be subjected to just as much pressure, tradition, corruption, and toxicity as any child star out there.

While you can mitigate the risk by staying true to yourself, avoiding trouble, keeping your head down low, and break relationships with your awful friends, you’re going to have new battles to fight. For life is nothing but a path of obstacles that you have to get around, and that’s where your true strength will emerge.