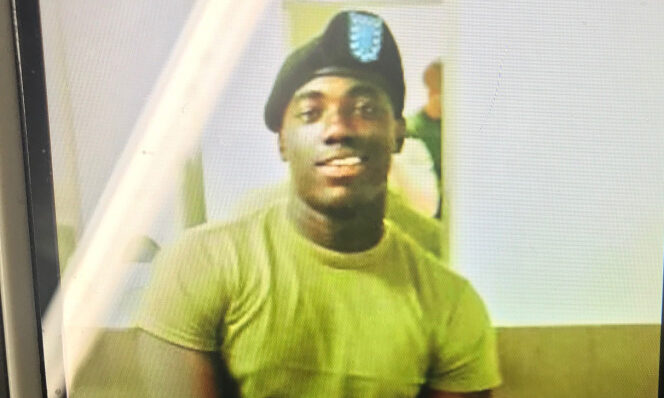 Home for the Holidays, Hero Patriot Sacrifices Himself to Save Others in Deadly NYC Fire

When Emmanuel Mensah moved to the United States with his family in the early ‘10s, his biggest dream was to
By Eliza Theiss    January 4, 2018

When Emmanuel Mensah moved to the United States with his family in the early ‘10s, his biggest dream was to

When Emmanuel Mensah moved to the United States with his family in the early ‘10s, his biggest dream was to join the military.

He had an unbridled passion to serve his new country – a passion which his family disagreed with at first. After all, if Emmanuel joined up, he would be risking his life everyday – a terrifying prospect for any parent.

When he came here he just said, ‘Dad, I want to join the Army’

On December 28th one of the worst fires in decades erupted in a New York, engulfing a building not far from the Bronx Zoo.

The four-alarm blaze erupted in an apartment building on Prospect Street and quickly swept through the 25-unit building. By the time it was out, 12 lives had been lost – including a one-year-old baby, making the blaze the deadliest in 25 years. Among those lost was Emmanuel Mensah. But the passionate Ghanian didn’t perish caught unaware – he had initially made it out of the building.

Private Emmanuel Mensah was a first generation immigrant, a soldier, and a New Yorker. He gave his life rescuing his neighbors in the Bronx fire. His heroism exemplifies the best of our city. Rest in peace.

2363 Prospect Avenue was a five-story apartment building in Bronx’s Belmont neighborhood. In the early evening, a child started playing with the stove.

A fire erupted and quickly spread in the apartment. The family fled, terrified, leaving the apartment door open. The fire quickly leapt out of the apartment, and the central staircase became a chimney, pulling the fire, and acrid, thick smoke upwards in the building.

I knew from the moment I met him his heart was as big as our National Guard family. He was ready to serve our nation and community. Pfc. Mensah was the embodiment of what our Army Values stand for.

Emmanuel was sitting with a friend at number 11 – his family’s home in the building next door. The 28-year-old Army soldier was visiting friends and family for the first time since enlisting, having just finished basic training in Georgia. He had enlisted in the New York Army National Guard in December 2016, and was set to begin training with the New York Army National Guard’ 107th Military Police Company this month.

170 firefighters responded to the four-alarm fire which gutted the building. By the time the fire was out, 12 lives were lost.

Among them Emmanuel, whose body was discovered at number 15. He had been overcome by smoke inhalation after having gone back in repeatedly into the inferno, trying to help those trapped inside. According to authorities, Emmanuel had reentered the building three times, rescuing four people from the burning building.

The third time he went back in and was never seen again, making his heroic last stand under unimaginable circumstances. Protecting and serving others, as he dreamed of doing throughout his young life.