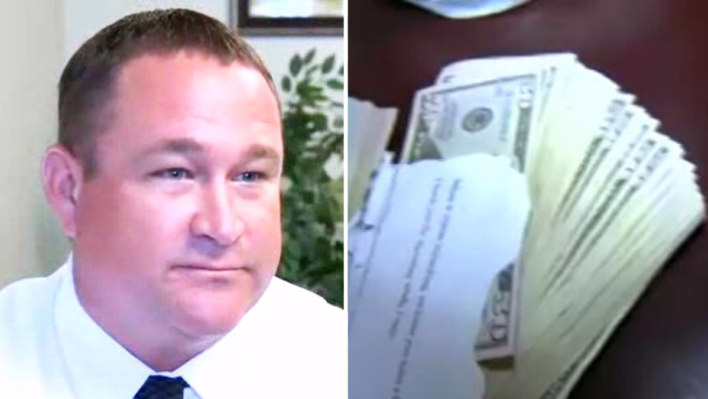 Homeless Man Leaves His $10,000 Inheritance on a Bus Bench – Here’s Why 2 Strangers Walk Away With It

A homeless man accidentally left behind $10,000 on a bus bench, he thought he had lost it forever.

A deceased relative had left a homeless man, only identified as Joe, almost $12,000. He withdrew about $10,000 and went shopping but mistakenly left the goods and envelopes on a bench.

What 2 Strangers Found in Abandoned Envelopes

John Harbett was on a volunteer beach patrol looking for turtle hatchlings when he found a bank envelope containing $3,900.

Both men took the money to the sheriff’s office. “We obviously put two and two together and everything was in one location for a total of $9,500,” Detective Danny Mursell said to the South Florida Sun Sentinal.

Detectives found a receipt from a Coral Ridge Mall clothing store in one of the bags. They obtained a surveillance picture of Joe and circulated it to all deputies patrolling Lauderdale-by-the-Sea.

How Strangers Proved the Importance of Integrity

Everybody was looking for him, but nobody found him. Mursell was downtown in Lauderdale-by-the-Sea for a completely different reason, when he looked over and saw Joe standing there drinking a cup of coffee.

Investigators returned the bags of merchandise and money to the man. “I felt very good. I felt relief. There are people out there that do care,” Joe told CBS News Miami.

Joe plans to use the money, now in a bank account, to move to Pennsylvania to be closer to family. “It kind of renews your faith,” Mursell said.

It definitely renews your faith when not one, but two people did the right thing, bringing the items and money back to their rightful owner.

Homeless Man Returns Lost Wallet, Gets Rewarded For His Integrity By 12-Year-Old Girl