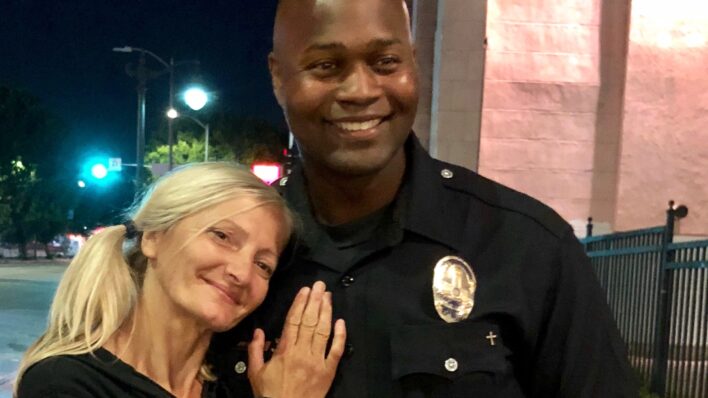 Emily Zamourka stunned the world with her angelic voice, and now a record deal has given her the chance to get off the streets.
By Aly Walansky    October 4, 2019

Emily Zamourka stunned the world with her angelic voice, and now a record deal has given her the chance to get off the streets.

Sometimes it feels like without money in the bank and connections in our contacts list, it’s impossible to get anywhere in life or our career.

Time and again, it seems net worth and who you know means so much more than talent or skill or ambition. To some extent, there’s lots of stories like that.

But it’s not always true, and sometimes, even those with so much stacked against them turn their lives around – and those people are the greatest inspirations of all.

Her voice was her only comfort

Take for example, the recent story of Emily Zamourka, a homeless woman who went viral after she sang opera in, of all, places, a Los Angeles subway station.

Emily, who took the internet by storm, has now been offered a recording contract by Grammy-nominated producer Joel Diamond, who saw that video and knew he was witnessing something special.

Diamond has has since drawn up an offer letter and hopes the album they create together will be an “innovative classical/EDM crossover hit record for the subway soprano,” he said in a press release.

“I try very hard to think out of the box,” Diamond told CBS News. “I saw her on this viral video like everybody else and I said to myself, ‘You know something — and I felt it in my gut — there’s not only a great story here, but also a great career here. And all she needs is an opportunity to help her fulfill her dream. And that’s when I reached out and I hope to be going into a recording studio within the next couple of weeks.”

Her talent is louder than anything else

Emily used to play her violin in the streets to earn money, but then her $10,000 instrument was stolen. She then became homeless and has been sleeping on cardboard as a mattress in a parking lot.

But life is already looking up for her. In the week since the video was posted, nearly $100,000 in donations have been made to Emily through two GoFundMe accounts.

Between that and her new potential record deal, her life may have just turned around in a big way. It just goes to show that our talents can change not only our own lives but the lives of others as well.

When we see potential in others, reaching out a hand to acknowledge that and help foster it is the most powerfully good act we can undertake.