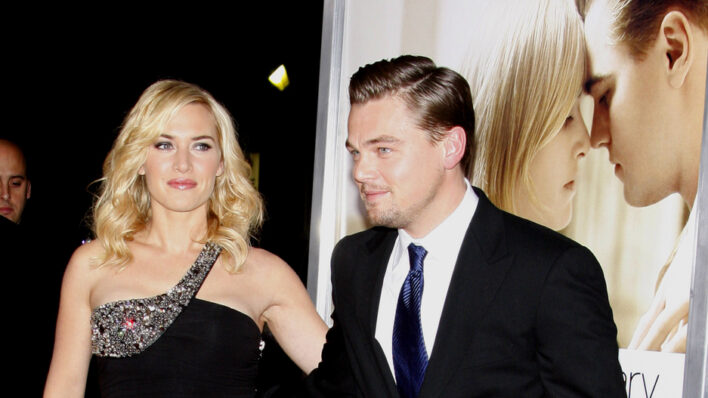 Jack and Rose had us crying our eyes out in Titanic, and now they’ve got us balling again. This time, for
By Joel Balsam    February 7, 2018

Jack and Rose had us crying our eyes out in Titanic, and now they’ve got us balling again. This time, for an incredible act of kindness that helped save a young woman’s life — and may also help save many other lives in the future. Gemma Nuttall, a 28-year-old dental nurse from England, was in the first few months of her pregnancy when she was diagnosed with ovarian cancer. She wasn’t willing to terminate the life of her unborn baby, so she refused treatment.

After her daughter Penelope was born, doctors gave Nuttall just 6 to 12 months to live.

Months of chemotherapy later, Nuttall was able to defeat the ovarian cancer, only to be diagnosed with multiple brain tumors soon after.

Nuttall told the British TV show This Morning that this is when she found a “wonder clinic” in Germany that might be able to help her. However, the treatment would cost her up to $98,000 per session, which is something she couldn’t afford. So she turned to crowdfunding and set up a GoFundMe page.

Meanwhile, actress Kate Winslet was researching the same clinics in Germany after her mother Sally died of ovarian cancer. By chance, she happened upon Nuttall’s GoFundMe page and saw that it was way off its goal.

“I just thought, ‘I can’t have this happen,’” Winslet said on This Morning (via People). “My own mother was very, very unwell, and I just thought my mum would be incredibly proud if I could do this for somebody else, for another young mum.”

Winslet’s help boosted the crowdfunding campaign, but it wasn’t enough. She needed Jack.

She called up Leonardo DiCaprio and suggested co-hosting a charity dinner. He had an even better idea: auctioning off a dinner with Jack and Rose at a fundraiser for the Leonardo DiCaprio Foundation in St. Tropez.

The auction brought in a total of $1.35 million, which was split between the Leonardo DiCaprio Foundation, a wildlife protection fund, and Nuttall’s campaign.

The treatments worked and Nuttall beat the brain cancer.

“I just want to say thank you so much for all your hard work and for me being able to have my treatment that I really did need,” Nuttall said on the TV show.

Winslet told This Morning that she felt incredibly blessed she was able to help and called Nuttall’s recovery a miracle:

“So, so much good has come out of this remarkable moment. I mean look at Gemma. Look at her. She is so beautiful. She is alive. She is cancer-free. It is utterly incredible. I feel so blessed that I could help.”

Winslet teams up with a new partner to help cancer patients

Due to the successful fundraiser, Winslet raised more money than was needed for Nuttall’s treatments. So, she decided to open up a fund to treat other people suffering from cancer. However, instead of working with her friend DiCaprio, she found herself a new teammate: Nuttall herself, who will be running the new foundation to help other women in her situation.