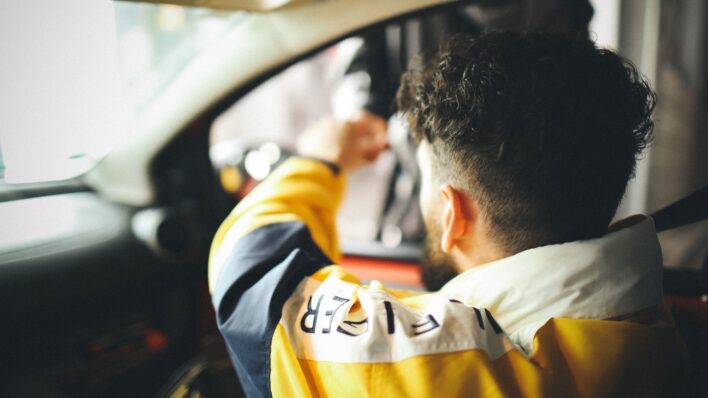 As the founder of Homeboy Industries, Father Gregory Boyle has helped thousands of ex-gang members and those formerly incarcerated turn
By Matt Valentine    February 5, 2019

As the founder of Homeboy Industries, Father Gregory Boyle has helped thousands of ex-gang members and those formerly incarcerated turn their lives around by offering training, support, and hope.

But, as Boyle puts it, he’s learned as much from them as they have from him.

“It’s been the privilege of my life for 30 years to have been taught everything of value by gang members,” says Boyle.

Having served ex-gang members for more than three decades, Boyle has some remarkable stories of hope, transformation, and compassion. However, few are as touching as the story of Mario.

The homie with a heart of gold

“Gonzaga University called me and said they were gonna have a big talk on a Tuesday night with a thousand people,” said Boyle on receiving a call from his alma mater. “I said sure and they said, “Can you bring two homies with you?’”

Boyle, who is asked to speak frequently, often brings members of his center with him to speeches, which he lovingly refers to as “homies”. “I always pick homies who have never flown before just for the thrill of seeing gang members panicked in the sky,” jokes Boyle.

Among the pair Boyle chose to bring Mario, a longtime member of his organization, to speak with him. But Boyle had never flown with anyone as scared of flying as Mario was. Before even stepping on the plane, Mario was hyperventilating outside the tunnel entrance.

An imposing sight, Mario is covered in tattoos from head to toe. “Mario, in our 30-year history at Homeboy, is the most tattooed individual who’s ever worked there. His arms are all sleeved out, neck blackened with the name of his gang, heads shaved covered in tattoos, forehead, cheeks, chin, eyelids that say the end so that when he’s lying in his coffin there’s no doubt.”

As they walked to their seat, the sight of Mario caused the other passengers they passed to clutch themselves and their loved ones in fear. “And I’m thinking, wow isn’t that interesting, because if you were to go to homeboy on Monday and ask anybody there who’s the kindest, most gentle soul who works there, they won’t say me, they’ll say, Mario,” says Boyle.

“[Mario] sells baked goods at the counter at our cafe. He’s proof that only the soul that ventilates the world with tenderness has any chance of changing the world.”

The day of the big talk arrived and so the time for Mario and his comrade both to give their speeches in front of the large audience.

After Boyle invited both men up to tell their stories, it was time for a Q&A where the audience would be able to ask the men questions.

‘Well, you say you’re a father and you have a son and a daughter who are about to enter their teenage years. What advice do you give them? What wisdom do you impart to them?’

Mario clutches his microphone, trembling violently, unsure of what to say.

Finally, he manages to blurt out, ‘I just…” then stops and retreats.

‘I just don’t want my kids to turn out to be like me.’

With that, one-thousand total strangers jumped to their feet and began clapping for Mario without reprieve.

You go from here to stand with the demonized so that the demonizing will stop.

And you stand with the disposable so that the day will come when we stop throwing people away.

And you stand with those whose dignity has been denied.

And you stand with those whose burdens are more than they can bear.

And you stand with the poor and the powerless and the voiceless to make those voices heard.